7 Silly Mistakes That Will Lead to a Police Pull Over

If you were a soldier, you wouldn’t ditch your camo for an orange jumpsuit, unless you deliberately wanted to be a moving target. But that logic doesn’t carry over to driving, unfortunately. A lot of people stick out by driving in a manner that attracts cops like nectar does bees, and then complain about a police pull over.

You have to stay conscious of what officers see as red flags. Everyone “slips” up occasionally, but paying attention to your driving habits or particular car features will prevent you from losing your time and patience at the roadside. After all, a speeding habit isn’t the only way to stand out.

The little coloured sticker in the top right corner of your license plate is tiny, but still visible to the cops. In fact, they’re

watching out for it. And if an officer catches you driving with an expired sticker, they will more than likely pull you over; the fine for this offense is $110 here in Ontario. You may not want to spend money on the sticker, and you probably don’t want to drive the distance to get it, but having it up-to-date is the law.  So stay ahead by renewing the sticker before your birthday. And if for some reason you haven’t renewed your sticker and your birthday has passed, you can spare yourself the trouble of getting pulled over by renewing your sticker online.

2. Weaving in and out of lanes

You can certainly change lanes when it’s safe. However, if you’re swerving in and out of a lane for the fun of it, a police officer can catch you in the act, and decide to stop you. Driving like you’re a character in an action flick or racing game can pass off as careless driving, and it can mean major consequences if you caused an accident (charges, tainted record). Generally speaking, a few lane changes here and there won’t get you in any trouble. However, if a cop who has been following you notices that you’re making constant lane changes as if it’s some sort of game, they might decide to pull you aside.

3. Failing to use turn signals or driving with faulty lights

When it comes to turn signals, use them. They are communicators; failing to use them is a leading cause of accidents in both Canada and the U.S, and for that reason, the law enforces their use. Common breaches of that law involve changing lanes or making left turns without indicating to other drivers. Again, if an officer cruises by and notices that, they can stop and fine you. The other dimension to this is driving with a broken brake light or headlamp. Everyone will have one of these lights burnout on them at some point, but willingly driving around without having them repaired is both dangerous and illegal.

Imagine trailing a car that’s braking, but has no lights to alert to the change in speed. You would notice this too late, having to slam on your brakes or brace for impact. The cops are trying to cut the rate of these incidents down, and that means they won’t hesitate to stop you if you’re caught driving with faulty lighting.

From an appearance standpoint, a tinted window certainly has an appeal for certain types of cars. You are allowed to have a 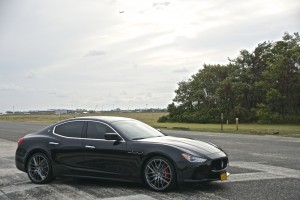 certain amount of tint in a window, but of course, you can’t go overboard. In Ontario, there isn’t a set limit for how dark your windows can be, but an officer will stop you if they can’t see through them. It is a judgement that is subjective (one would hope the officer can see properly). With that said, if they determine your windows to be too dark, you could receive a fine of $110 – $500. Whether you’re considering tinting your windows or have already done so, give serious thought to how visible they are. You may have to rethink your choice or have the tint reduced.

A driver who only looks straight ahead is actually dangerous. A good driver checks their blindspot before making lane changes (both sides) and their rear view mirror to gauge the traffic behind them. A bad driver looks in all directions too, but for the wrong reasons. They may look back to reach for an object in the passenger seat, look down at the sound of a text, or stare at a billboard in the distance, rather than the road in front of them. And they tend to be the most dangerous drivers.

If an officer spots you looking around like this, they have good reason to pull you over on the grounds that you are distracted, either by a phone or some activity you should have left at home. You may not be sidetracked at all, but your behaviour may indicate it. So make sure to focus on the road (like you should be anyway) to avoid giving officers the wrong impression.

6. Making too much noise

Noise complaints aren’t confined to homes. If you were playing excessively loud music while driving in a neighbourhood after midnight, an officer might stop you. That could happen if you lingered on a street for a while, resulting in a resident calling the police. However, you could also get pulled over if an officer was on the street nearby and heard you. The presence of loud music, bass-heavy music late at night is a nuisance to people who need sleep for school and work the next day, and officers will stop you if your tunes are too loud.

The other side of the noise issue revolves around noisy mufflers. Whether it’s a car mod for performance or the result of damage, a noisy muffler can lead to a pull over from a cop if you’re spotted. If you insist on driving with these kinds of mufflers, you will have to discipline yourself to avoid revving your engine too much or speeding. If your muffler is damaged, then you’ll have to let a mechanic fix it to avoid potential run-ins with the law.

7. Following too closely (a.k.a tailgating)

There are many reasons why drivers tailgate each other – they’re not paying attention, they’re experiencing road rage, or they’re trying to save gas (by means of hypermiling). But none of them are good excuses. Tailgating is a practice that the law strictly warns against, and the punishment for getting charged with “following too closely” is heavy as well. In Ontario, the charge carries a fine between $100 – $500, 4 demerit points, and a 30-day license suspension for G1, G2, M1 and M2 drivers. The charges shouldn’t be your sole reason for avoiding tailgating, however.

The reason why the law is so adamant in stopping people from following too closely stems from the high number of accidents that occur because of the practice. Many of them are serious, if not life-threatening. So for your own driving record and the well-being of others, make it a habit to keep some distance between you and other drivers.

Police officers aren’t your enemies. Ultimately, a habit of “good behaviour” behind the wheel will keep the cops off your back. Although some unethical practices such as profiling do exist, the average police pull over is the result of a driver attracting attention to themselves, which they could have prevented. So the lesson here is to be aware of what you’re doing behind the wheel. Avoid unnecessary distractions or habits that put other drivers in danger. And when it comes to your car itself, double and triple check to see that all of its components are working. By putting these things into practice, you’ll give the cops no reason to stop you. 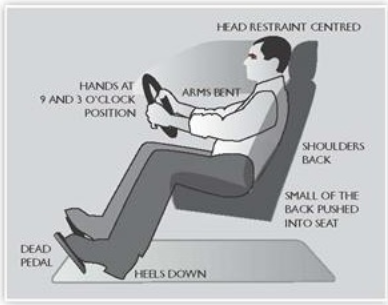 Your Posture Does Matters While Driving 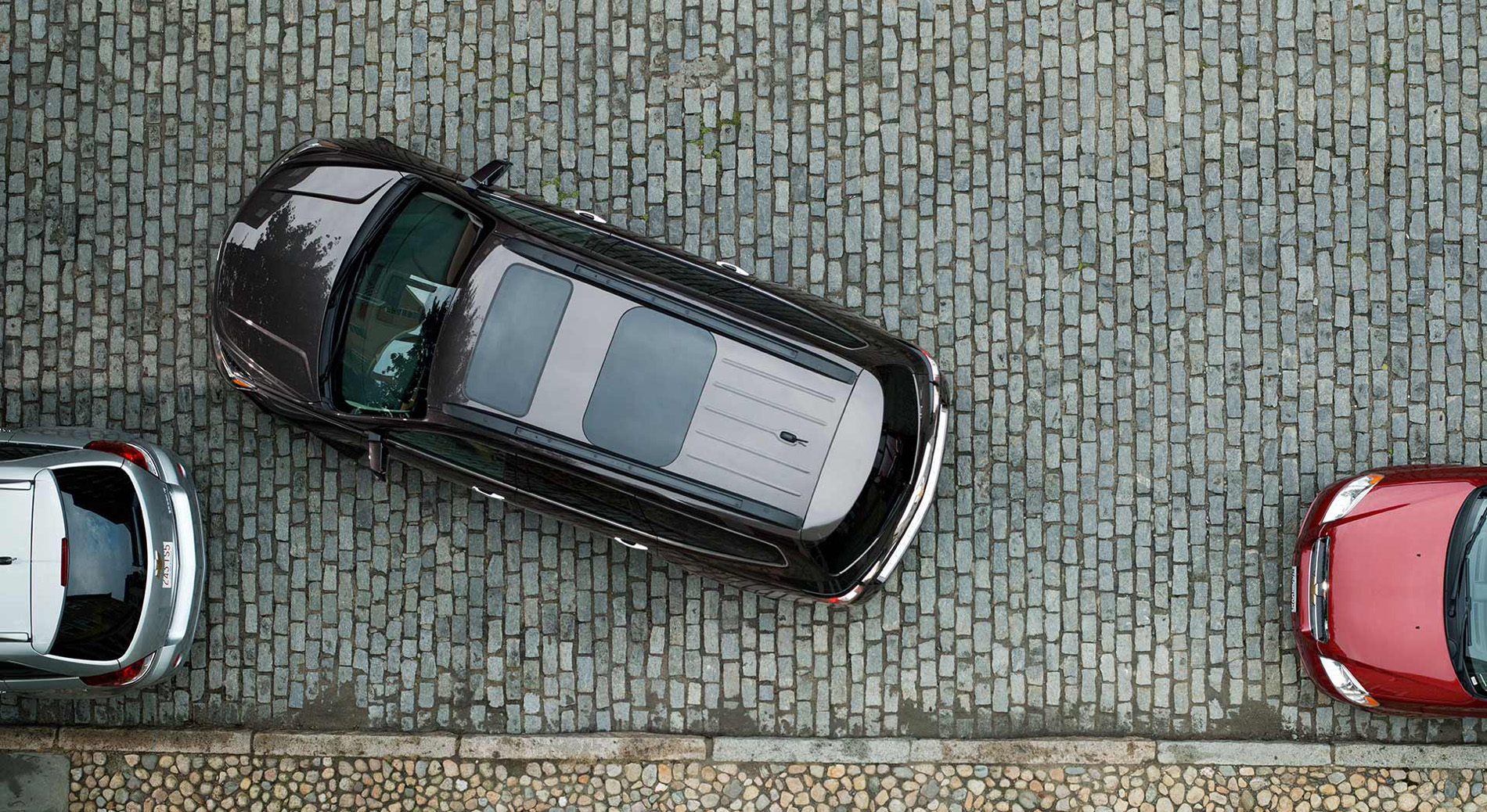 7 Driving Skills to Keep Even if they Seem Obsolete 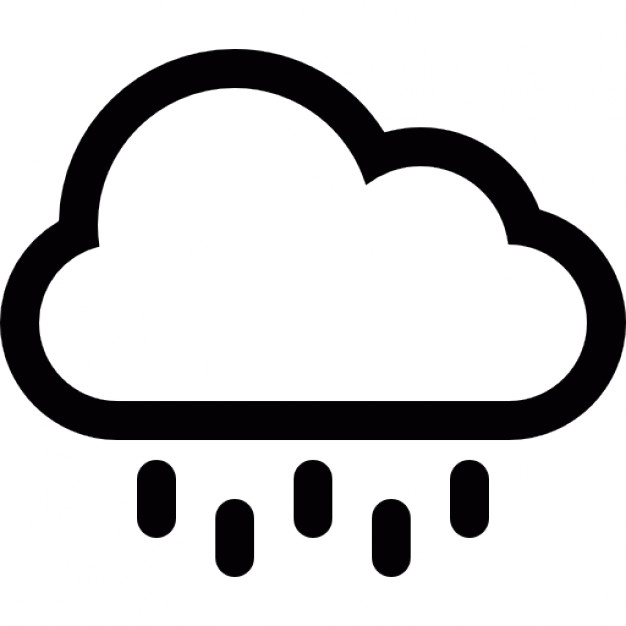 10 Tips to Remember While Driving in the Rain 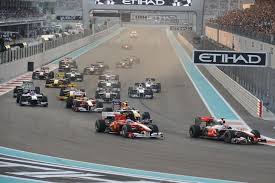