3 Injuries that May Hide After a Car Accident

To all the gym rats out there – remember the day after your first ever workout? It probably hurt to lift your

arm up. The soreness, which ultimately is harmless, came afterwards. A similar thing occurs for many people who have been involved in a car collision. They may walk away from their vehicle without feeling immediate pain or discomfort. But give it a few days or weeks even, and the way they feel changes. The sudden onset of pain may be so strong, that they need to see their doctor who would then refer them to a physiotherapist or chiropractor for relief. If you’ve recently been in a collision, pay close attention to how you feel, so that you can treat minor car accident injuries that may hide before signs show up. The last thing you want is for an injury to get worse without you noticing its effects.

Your body is a marvel of design. Not only is it built to absorb a certain level of impact, it’s also programmed to release natural pain-relievers. Like an athlete who can play through a game after sustaining a sprain, a driver or passenger involved in an accident will produce chemicals to help them get through the traumatic experience without feeling pain. This happens when your body releases a steady supply of adrenaline and endorphins. These same chemicals contribute to the heightened alertness and jitters that are common after an accident. Of course, as time passes by, the levels of adrenaline and endorphins drop to a normal amount, leading to the sensations of pain that wasn’t there before.

Injuries Under Your Nose

Some injuries are so intense, that even a surge of adrenaline couldn’t prevent the discomfort that comes with them. However, there are many more that slip under the radar, and they often give no warning signs upfront.

One of the most recognized injuries known for causing problems days or weeks later is whiplash. Also called Cervical-Acceleration-Deceleration (CAD), whiplash is a sudden forward motion of the neck that quickly snaps back into its original position, an injury that usually happens in rear collisions. There are four phases in a whiplash injury: Initial position, retraction, extension and rebound.

The initial position is where the neck was before the impact. Retraction occurs at the moment of impact; 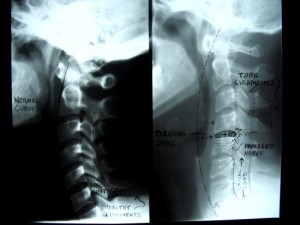 there is a heavy loading of soft tissues. Extension comes next, where the neck and head slide forward, but not all the way due to the seat belt. The final phase is rebound, where the head and neck whip back. This injury puts a heavy strain on the spine and vertebrae. The resulting symptoms that may appear days later include back and neck aches, headaches, dizziness and sensory issues such as pins and needles, and tinnitus.


Remember, when adrenaline surges through your body, you will feel little or no pain. However, soft tissue injuries, like damaged ligaments, muscles or tendons have a way of striking quickly after the initial panic from an accident disappears. There are various forms of these injuries, including strains and sprains (they’re not the same kind of injury), bruising and tearing. Common symptoms include pain, swelling, discolouration (due to bleeding under the skin) and in some cases, a loss of strength in the affected area. Although signs of soft tissue injury may not occur immediately, they do spring up pretty quickly (sometimes within the same day or day after the collision).

Getting into an accident doesn’t only take a physical toll on its victims. The impact of a crash also affects an individual, mentally and emotionally. In fact, it’s not unusual for a person to experience mental health issues long after they’ve recovered from physical injuries. One such problem is post-traumatic stress disorder (PTSD) along with other problems such as generalized anxiety and depression. Feeling a little shaken up after an accident is something all car crash victims experience. For some, however, it goes far beyond those initial feelings. They may feel anxious every time they get behind the wheel, or even in the passenger seat. General anxiety may appear as constant rumination, feeling easily overwhelmed, being easily startled, restlessness, poor concentration/memory and nausea. PTSD, which is usually more intense, may appear in the form of flashbacks, nightmares and the inability to take one’s mind off an event (in this case, the car crash).

Don’t Brush it Off

Keep in mind that walking away from an accident doesn’t mean you haven’t been injured. Remember, your body has an incredible capacity to mask pain, even if it’s for the moment. So you may feel like a spring chicken right after a collision, but the pain could appear later on if you allow too much time to pass on.

The first thing you need to do after a car accident, especially one where there was significant damage to your car is to visit your physician. Even if the ambulance never came to the scene of the collision, you should consider visiting your doctor for a checkup. Your physician may send you for an x-ray, CT scan, or some other test that may reveal a hidden injury. The sooner such damage is detected, the faster you can begin treatment, which means less pain and complications in the future.

The other thing to consider is legal representation. Your goal for approaching a law firm should be to 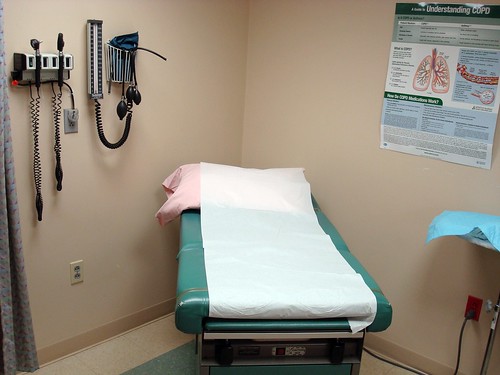 obtain any compensation that could help you if an accident ends up having an impact on you (such as long-term stress, sensory disturbances or physical issues such as difficulties walking). These funds would pay for inconveniences such as lost wages, and certain treatments that may not be covered by insurance.

Not All Injuries Are Created Equally

The injuries in this post, although unpleasant, are treatable. The important thing is to understand that they can indeed “hide” before causing you any pain, so it’s essential for you to get checked out by a doctor right after an accident. You may be in the clear, or it may come to your attention that you’ve sustained an injury. What matters most is that you understand your condition sooner than later, so that you’re not dealing with bigger problems down the road. It’s always better to prevent a relatively minor injury from turning into a major burden.