9 Rides Worth Re-Selling & What They Can Do For You

Cars, much like people, aren’t built the same. Of course, some folks would argue with such a statement since designers are jumping from car brand to the next, thus endowing others with their designs. However, no one can argue that all cars depreciate, and more importantly, there’s no dispute that some cars retain their value longer than others. Have you ever wondered which cars fit into this category? This post will answer your questions, and may surprise you or confirm your suspicions.

Car depreciation is inevitable. However, that doesn’t mean all hope is lost when you plan on selling your vehicle. The important thing is choosing the right car from the beginning, one that not only meets your performance needs, but also, your intentions for reselling. Also surprising, are the vehicles that don’t fall fast along the slope of car depreciation. The Canadian Black Book (CBB) designates a resale value (percentage of original price) for vehicles that are four-years old (and beyond), while the Automotive Lease Guide (ALG) does the same for current, mainstream models.

The Toyota brand has established itself as one of the most valuable car brands due to their resale value. In fact, there are a several Toyota vehicles that are known for their slow rate of depreciation.

Other honorable mentions in the Toyota brand, include the Toyota Sequoia, Toyota FJ Cruiser and the Toyota Tacoma.


It’s probably of no surprise to see at least a few luxury vehicles in here. Although some individuals suggest that these cars are mere status symbols, few can deny their intrinsic value. And for those who choose to buy such vehicles, they will be in for a treat when it comes to reselling.

Does it Matter Whether You Know Car Values or Not? 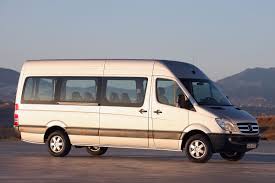 In short, knowing which vehicles suffer car depreciation the fastest or slowest is important information. With that said, it matters more to certain people instead of others, but nonetheless, helpful for all.

Oh how sweet it would be if cars were like antiques or fine art. Although there are some collectible cars worth hundreds of thousands, the reality for most, is a gradual drop in value. What buyers have control of, however, is how much their vehicle’s worth declines – by choosing an automobile that retains high car value in the first place. If you want to find such options, consult a rating site such as Canadian Black Book, or a credit advisor who can clue you in on the best finds. Quickly and surely, you’ll find a car that can spend a few extra years away from the scrapyard!

Are you in need of a loan for a car that’s suitable for your credit profile? Get in touch with us so our credit advisors can help you find the right match!