Waking up every morning is a chore – there’s no getting around that. The alarm clock goes off, you have 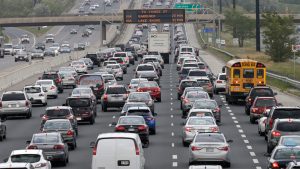 to rush the kids to school, and it’s not unusual to sacrifice a good breakfast to make your way out of the door. And then boom! To top it all off, there’s traffic. If you’re a Canadian resident living either in Toronto, Vancouver or Montreal, you most likely understand the woes of city traffic. There’s nothing pretty about crawling to work at a snail’s pace, and it doesn’t seem to be getting any better. Fortunately, there are some practical steps you can take to survive the brutality of never-ending traffic on your way to work.

As already mentioned, the three major cities that are notorious for traffic, are Toronto, Montreal and Vancouver. It makes sense that these metropolitans have so much traffic since they are densely populated. But that in itself isn’t the only reason. There are other factors as well.

Technically speaking, all three cities mentioned above have highways that are fairly well-maintained. They’re also far-reaching, accommodating large numbers of motorists on a daily basis. However, the infrastructure in general in these cities are seriously outdated. What happens when there are three or four main highways to service over five million people? Bumpers spend a lot of time next to each other. Additionally, many city residents ignore public transit (subway and bus routes) as an alternative for the fact that they’re not very convenient, and only service a limited area. For these individuals, jumping on the highway is a better choice than having to wake up extra early and wait forever for a bus to pick them up (especially when it’s cold!).

A city wouldn’t be a city without the sights of cranes, scaffolding and construction workers in reflective vests. While repairs to our roads and buildings are necessary, wouldn’t you agree that the construction in our cities never seem to stop? They don’t. As a result, you can expect these ongoing projects to keep you back when you’re rushing to get to work on time. Some may argue that the non-stop construction seems redundant, especially in the case of road repairs that never seem to get rid of those annoying potholes. Whether they are correct or not, just make sure to check the traffic reports before leaving because construction sites in cities are here to stay!

Now that summer is rapidly approaching, you can expect to see and hear about a ton of events. Parades, carnivals, marathons, food festivals, sporting events – you name it, the city comes alive. If you live in one of the three cities mentioned in this post, the barrage of weekly events is no surprise to you. In fact, there’s a good chance you might have to take alternate routes in the upcoming weeks because of some major event.

Let’s get to the core of the topic: the ridiculous traffic in Toronto, Montreal and Vancouver. While we won’t remind you too much of individual highway series and intersections known for making you late (because it’s just so frustrating to think about), we will give you some stats to put things into perspective. More importantly, you’ll see why you need to take these numbers seriously, so that you can reclaim your commute for the better.

Yes, Canada’s largest and most populated city also happens to be one the countries (and North America’s) worst metropolitan regions when it comes to traffic congestion. Surprise, surprise. According to statistics Canada, the average Torontonian commuter spends 32.8 minutes getting to work, a duration that’s more than any other municipality in the country. But that’s just an average; it’s no surprise to hear some people spending an hour or more at times, depending on their destination or the road/traffic conditions. In Toronto, there simply aren’t enough roads to support all the traffic. Most drivers use one of the few 400 series highways (namely, the 401) and the DVP. The upcoming Pan Am games will only complicate matters. 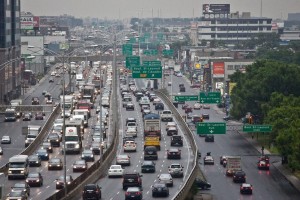 Montreal is among one of the worst cities for traffic both in Canada and North America. Although it doesn’t have the same size and population as Toronto does (it is fairly big and populated, however), vehicles of all sorts fill the streets of this historic city. One blog even pointed out known routes in the city that drivers may want to avoid at their busiest times. Included in the list were Saint-Catherine Street, the Decarie Trench and the 720 and 20 West highways. Back in 2013, Montreal was listed as the third worst city in North America for having the worst evening drive home. According to the report, driving home after work and school took 71% longer than other areas. Yikes!

Vancouver is not only a popular destination for visitors and new residents in Canada, it’s also one of the country’s most congested cities in terms of traffic. Toronto may have some of the longest commutes to work, but the west coast port city has been ranked as North America’s second worst city for traffic jams (after the notorious, Los Angeles). The average Vancouver resident who commutes on a daily basis, loses about 84 hours per year in traffic. There’s a lot you can get done in 84 hours. The rate of traffic has increased by 7% over the last year, officially making it Canada’s most congested city. Much like Toronto, rapid population growth and comparatively slow transit expansion is cited as being one of the main causes for such heavy traffic.

Traffic Survival Tips if You Live in one of these Cities

So what should you do, that you’re not already doing, if you live in one of these cities? For some of you, making an effort to beat such traffic may seem like a losing battle. You already leave early and take alternate routes. So with that said, what other options do you have?

From Point A To B with Fewer Stops

The roads can be pretty rough out there, and being stuck behind a bumper for the most of the time can make your blood boil. Traffic is never avoidable. Despite this inevitable aspect of urban life, you can still arrive at your destination on time with the right planning and alternatives. So no matter what city you live in, try your best to make light of the situation by working around the traffic in your city. And if you still think you have it bad, check out some of the cities known for having the worst traffic jams in the world!