Ready to Become an Uber Driver? Not So Fast 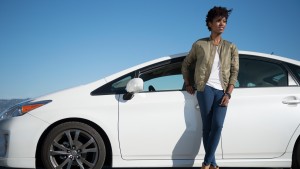 Uber, Uber, Uber! The company seems to pop up in the news every other week (just like the Volkswagen diesel scandal was last year). It’s either a beef, where fuming taxi drivers are protesting to get them wiped off the map, or a passenger complaining about a $500 ride home. They’re a polarizing enterprise. But that hasn’t stopped millennials (the 18 – 34 year olds) from jumping on board (excuse the pun), and that’s led a lot of people to try their hand at driving for Uber.

Maybe you entertain the thought occasionally. There’s a lot of murky and off-putting stories about what happens in an Uber car, but that doesn’t mean the opportunities aren’t worth considering. However, you better get familiar with a few things if you’re wondering how to become an Uber driver. There’s more to it than acting like a random driver picking up hitchhikers.

Is it Worth it? Let an Uber Driver Tell You

Here’s the question that every prospective Uber driver asks: “Is it worth it?” The pessimists, skeptics, and the taxi drivers will declare that it isn’t without a hint of hesitation. You’ll have the old-timers – adults who are accustomed to taking an official cab – and the people who are scared of the reported horror stories tell you that they aren’t sure. And then you’ll have the younger crowd and adventurers who’ll tell you that it’s definitely worth it. The controversial news headlines involving drivers and passengers might make it seem like you should avoid the company. However, it’s better to hear about the experience from Uber drivers themselves.

Apparently, the choice to become an Uber driver is rewarding for many. It shows in their experiences, whether it means having a friendly conversation, or turning into someone’s therapist for the ride. Check out these examples from drivers on this Uber forum:

“Picked up a lovely late 20’s woman last night. She was on her way to meet a man for first date. The rendezvous point was a good restaurant in a high-traffic area – good points, right? I asked her if she was nervous and her reply was an emphatic “Yes!” So, I took the opportunity to engage her in conversation about her dog, her work (lawyer,) her hobbies (biking and cooking,) and books she’s read recently. When we got to her destination, I told her that all she needed to do now was continue the current conversation with her date. She told me she was thinking the same thing, then she thanked me for calming her down and told me that she hoped her date would be as much of a gentleman as I was. Awwww, shucks, ma’am (kicks dirt.)” 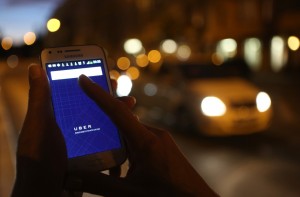 Of course, you get the bad experiences. A good number of drivers have had to deal with some deranged, disgusting and even dangerous people. So yes, if you aspire to become an Uber driver, accept that some of your passengers may be the kind you don’t really want to chauffeur.

“Funny story actually … My friend is a Uber driver too and he was telling me how this girl peed in his car and how funny yet utterly disgusting it was. I am out driving the following week and this passenger was telling me how she peed in some guy’s car the previous week. I was in such fear and she made a comment how I began to drive faster. When we got to her destination and she got out I told her I knew the driver whose car she peed in.”

You’ll never know whom exactly will sit in the passenger seat. Some will be pleasant, while others will leave you wishing you had ejection seats. But if you’re still bent on driving for the company, don’t let the uncertainty get to you. Drivers of buses, taxis, limos and most other forms of public transit have to deal with the same thing.

Experience aside, there are some requirements you have to follow if you want to drive for Uber. They’re nothing unusual (although some may consider them a nuisance), and the purpose is to ensure maximum safety for both you, the aspiring driver, and your soon-to-be passengers.

These restrictions may seem a bit tight, but they’re there for your best interests, as well as your passengers’. Uber isn’t perfect, but at least they take steps to prevent chaos.

Now this is the info you’ve waited for - the money. How much cash can you earn by driving your ride for the sake of Uber? It’s a topic that has been the center of debate over the last few years. Some claim you can make a mini-fortune. Others say you’ll make squat. And in between the two extremes, you get a whole bunch of figures and wages that an Uber driver can make.

Dollar Signs in Your Eyes

To start, it’s worth looking at what people say you can make if you choose to become an Uber driver. So how much can you bag? If we’re to look at “potential”, you can earn in the high five figures. According to claims from Uber themselves, a driver can earn $90,000 annually as a full-time driver. Not bad at all. The company also stated $25/hour is a normal wage for an Uber driver, which would amount to roughly $50,000 a year. Again, that’s not a bad number. Imagine being a 20 something fresh out of college, making that kind of money - it certainly pays more than internships or entry level jobs at “top” firms.

Seeing Through the Smoke 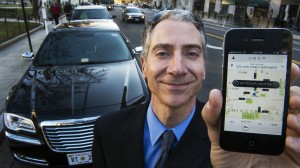 Before you quit your current gig, however, understand that those numbers represent ideal circumstances. They don’t account for individuals with second jobs nor the costs of car ownership, such as gas, insurance, depreciation, and maintenance. And the earnings for the average trip isn’t anything to get excited about. Here in Ontario, the average Uber driver will make about $11.50 an hour, a total that’s only $0.25 more than the minimum wage. Now that doesn’t mean it’s not worth driving for Uber at all, but you need to keep your expectations realistic. If you’re unable to make this a full-time job, then the likelihood of bringing a steady income is low.

Uber Isn’t for the Faint-Hearted

If you ever wondered how to become an Uber driver, consider what we’ve mentioned above. To say it’s a good idea or not is completely up to you (and for you couples, your significant other). Some of you can (and will) make good cash if you decide to drive for the company. Some will make a few bucks, perhaps, enough to pocket some shopping money or make a bill easier to pay. And for the rest - it’s probably better to start a cupcake shop or open an eBay store for extra income. Give thought to your current schedule, the amount of wiggle room you have to shift your priorities, and your willingness to put up with a range of situations. The potential for you to rake in the dough is there, but it will only happen if you fully commit to it.
❮❮ Back to blog
Apply Now
Search Our Blog
Categories
Related Articles