Imagine if you could only pay for a car with cash, upfront. The world would run amok with a neverending stream of pedestrians, cyclists and transit riders. Fortunately, car loans and financing plans have made 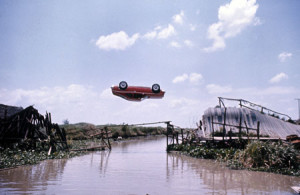 it possible for us to afford vehicles that we like and can depend on. But, there’s an issue that we often forget about – depreciation. It’s a topic that many drivers simply receive little or no advice about, and they often end up paying more in the long run. So if you’re about to finance a vehicle, take a look at we have to say about the realities of depreciation.


Depreciation is the inevitable force of gravity in the auto world. As a car ages, it’s value declines until it’s no longer practical for anyone to buy or sell it. Some cars depreciate faster than others; the brand, model, and class are among some of the factors which determine what sort of vehicles will lose value the soonest. Unfortunately, for something that’s bound to happen, far too many drivers give little thought to how it will affect their auto loan . To appreciate these effects (not like it’s a fun thing to do!), think of your childhood days on a seesaw. Two kids sitting on either end would cause the lever to rock back and forth. If you had a much heavier adult on the other end, however, there’d be no such action. The child would remain suspended in mid-air, while the grown-up would stay put like a rock. Think of depreciation as the adult, while your loan is the kid. In other words, the value of a car drops faster than the loan balances. The result? A car’s value remains low, while the balance of the loan remains higher.

A Clash of Interest


As mentioned earlier, car loans are a great alternative to buying a car upfront. The price of this method, though, is having to deal with the necessary demon, interest. All financing plans involve an accruement of interest, meaning you will pay more than the original value. It’s a universal rule. Ideally, you will want to pay off your loan as quickly as possible, especially if you have a compromised credit profile. However, that goal gets harder to reach when your car depreciates in the midst of a looming balance. The end result is you owing the bank more than what you originally purchased the car for. Also known as being “upside down”, this common scenario is a disadvantage of accepting a car loan.

Don’t Give Up on Financing


After all this talk about depreciation, and it’s effects on car loans, you may think that financing isn’t worth it. Yet, it’s the most accessible and efficient way to buy a car. Very few people can actually pay for a vehicle all at once. Additionally, financing has benefits that go beyond initial savings.

The Merits of an Auto Loan


So if you feel tempted to turn a cheek to financing, think again! Interest rates can certainly feel like added weight, but the advantages of securing a loan, in many ways, trump the difficulties of not taking one. Long-term expenses from interest fees don’t matter as much as what you do to keep them low and affordable.


The good news for all you would-be financers out there, is that you can prevent the balance of your loan from getting out of hand. But you must plan for it first. After all, depreciation alone doesn’t make your financing plan difficult to pay off – it also boils down to how you handle it.

Leave Your Ego at Home


You’ve probably heard someone say to “leave your ego at the door”. It’s a common expression directed at new gym goers. It’s an important concept when financing a car as well since your choice of vehicle will play a large role in your loan’s affordability. So you might desperately want a luxury sedan parked on your driveway, but its high price would mean a higher monthly cost and interest rate. Combine those rates with a potentially fast depreciation value, and it may be necessary for you to look at another option. It’s important for everyone, especially those who utilize bad credit car loans, to make a practical choice, instead of a decision fuelled by desire.


A good practice to adopt is learning which cars depreciate the quickest. Yes, you can actually figure this out! You can find out on your own by doing a few Google searches – there are websites and blogs that will identify which vehicles lose value the fastest. However, you can also speak with a credit advisor. Finding a car that is best suited for you is a major duty in their job description, so you can rely on them to tell you which cars are worth it or not.


The nature of your payment plan also determines the affordability of your loan in the long run. There are two rules which reign supreme: 1) Pay regularly and, 2)pay on time! If you can follow these rules from start to finish, you’ll have no issues. A third tip, although not a necessity, is to pay as much upfront as possible to reduce your future balance. Now for some, it’s easy on paper, but putting these concepts into practice is much harder. For example, outstanding debts in the form of student loans or credit cards can make the payment of an auto loan difficult. That’s why the right plan is essential. To find the most suitable rate, work with a credit advisor who specializes in car loans. 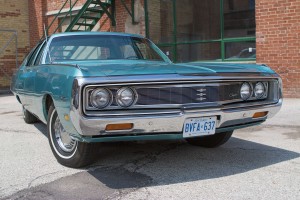 The downward deal of depreciation isn’t fun and will happen to all cars. However, the drivers who at least plan around it will be the ones who secure manageable auto loans. They’ll know that if car A devalues faster than Car B, it would be better to choose the latter option to prevent themselves from owing the bank excess money. And who wouldn’t want to own a car that retains a higher resale value? Therefore, come to terms with depreciation and how it may affect your ability to trade in and refinance at a later date.