2015: The Year Cheap Gas Will Help You Improve Your Credit Rating

Precisely one year ago, drivers in the Greater Toronto Area were paying anywhere between $1.25 to $1.30 a litre for gas. For owners of an average-sized car like a Honda Civic, that meant spending  $62.50 – $65.00 every time they filled up. If you’re like most Ontarians, and made a weekly visit to the gas station, you spent roughly $260 a month on gas, and approx $3,120 throughout 2014. And we must reiterate, that’s for average-sized cars. You don’t even want to know how much SUV owners were paying.

Ready to switch to electric yet? 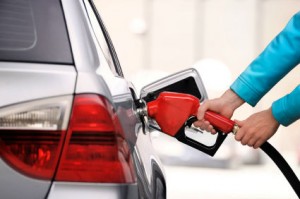 However, much to the delight and enthusiasm of car owners across Canada – and the United States – gas prices have been significantly on the decline, providing our wallets with a much-needed break, and giving us the distinct opportunity to save some extra money, whether for an exotic vacation, new clothes, or maybe even a new car.

And then, for those of us who’ve found ourselves with a bad credit rating, these tremendous gas savings could be the start of brand new era, one where we lift ourselves out of financial decay.

Contrary to popular belief, having a bad credit ranking doesn’t mean you can’t apply for a car loan. In fact, Auto Loan Solutions has been helping people with poor credit ratings find affordable ways to buy cars for over half a century now.

As we’ve mentioned before, getting a damaged credit rating is easier than you’d think. Something as minuscule as having a three-cent surplus at a retail store could negatively affect your rating, which may force you to pay higher interest rates. If you’ve found yourself in this situation, and are in need of a loan, Auto Loan Solutions is here to help. We understand that car loans are necessary in order to maintain a viable form of transportation. But we also understand that, just as car loans are necessary, rebuilding your credit is necessary too.

While it can certainly be a decent amount of work, we’re here to offer tips and advice on how to get your score in good standing again. Budgeting is certainly the most useful tool at your disposal, as is scouring for the best savings, being frugal when you can be, and also, taking advantage of an opportunity to save when you see it. And with gas prices expected to continue to drop in 2015, we’ve all been handed a real and valuable way to do just that.

As The Huffington Post reports, Ontarians are already seeing the “indirect positive benefits” of this significant decrease in gas prices. Residents of Toronto saw a nearly 12 cent drop in gas prices over the past four weeks,  culminating this week when some gas stations in the GTA were selling a litre of gas for 80 cents.

In an interview with CTV News, petroleum analyst Dan McTeague explained that these new gas prices will lead to a “two or three per cent decline in the cost of living in general.”

Or improve your bad credit rating.

For those of you shaking your heads in disbelief right now, let’s do the math. Whereas we calculated that the average Ontarian owner of a mid-sized sedan like a Honda Civic spent $3,120 in 2014 on gas, if the prices remain as they have been this week, that same person would be paying $160 a month instead of $260, or $1,920 in 2015.

That’s an annual savings of $1,200, and an extra $100 per month you can be putting towards paying your credit card bills, mortgage bills, car payments, etc. Where in 2014 you had an auto loan to worry about it in addition to rebuilding your credit while paying $260 on gas, in 2015 you can put that much-needed $100 into where it counts, and bring your credit back to par.

Also, considering that this is the lowest gas prices have been in Ontario since 2010, you should be able to notice that your wallet is considerably heavier. We implore you, while you have been aching for a PlayStation 4 since it came out last year, to keep it on the backburner for now, and use this extra money you’ve found yourself with to pay all your bills in a timely manner. If you’ve already been doing that, put the money towards your credit card bill each month.

Cheap gas is the miracle many of us have all been waiting for. Don’t take it for granted. Use it to improve your quality of life, and, subsequently, the quality of life of those around you. Then, when it’s all said and done and your credit rating is finally back in good standing, maybe you can consider splurging on a new toy.