5 Car Noises that Should Send You to a Mechanic 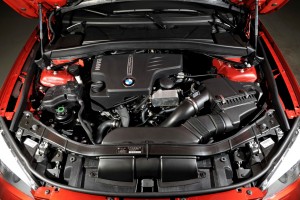 Apart from the brand new car smell and its glossy exterior, the sound of a new vehicle makes the experience much more exciting. Revving the engine and hearing it roar can sound like music to your ears, even more so than the music blaring from your stereo. As time goes on, the occasional offbeat noise may accompany the pristine sound of your engine and gadgets, but that’s nothing unusual. What’s strange is when car noises persist, for days, weeks and months. If you’ve just noticed a weird sound in your vehicle while driving, perhaps one that’s been lingering, don’t waste anymore time! It could be the start of a serious problem.

To Worry or Not?

Bringing your car in after first hearing a noise, understandably, isn’t as obvious a decision as it seems to be. For example, you probably wouldn’t run to a doctor if you were coughing, achy and feverish. You could save yourself from a trip to the doctor’s by picking up some cold or flu meds. However, there are illnesses which mimic the cold and flu, and they could be a lot more serious than these common viruses.

Likewise, it’s not always easy to tell if a sound is harmless or harmful. The last thing you want to do is spend money on a consultation for a car that needs no repairs at all, but at the same time, you don’t want to spend thousands on future repairs that a mechanic can fix now for much less. Fortunately, there are some guidelines to help you determine whether your vehicle needs immediate attention from a mechanic, or whether you should just wait and see.

If you hear a noise that’s brief and disappears as quickly as it started, then you’re probably in the clear. The clattering sound of an engine upon startup is one such example. Maybe you’ve heard a “tap-tap-tap” or “tick-tick-tick” that vanishes after a few seconds. This would be one of those times when you wouldn’t have to worry too much about a larger issue. In such instances, the problem stems from oil settling at the very bottom of the engine. However, the noise ceases as soon as the oil reaches vital engine parts, such as the valvetrain. This usually happens on cold mornings since the oil is thicker when the temperature drops.

Not all car noises that disappear immediately after starting your vehicle are harmless, however. For example, hearing a click that instantly fades away after starting up may point out to a bad battery or bad connection. It would be wise to have your battery and connection tested by a mechanic to ensure its functionality. However, that marker for a bad sound is one that lasts for several days or weeks, and wasn’t there before.

Stay on the Safe Side 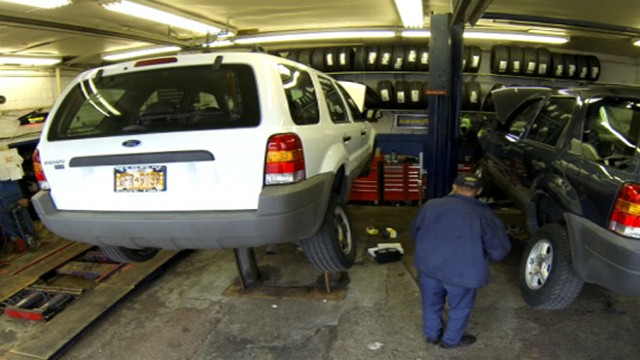 Regardless of what noise strikes your car, follow your gut. Even if someone tells you not to worry too much, it doesn’t hurt to take your vehicle in for a checkup if a sound worries you. Car maintenance costs often go up when a driver doesn’t tackle a problem sooner than later. Nothing feels better than a sense of relief, whether it means a mechanic telling you “it’s nothing serious” or “it’s a good thing you brought it in so soon!”

There are dozens upon dozens of different sounds which can strike while driving (or starting your car). However, there are a few which standout the most. They are “common offenders” so-to-speak since they happen to so many drivers. If you’ve owned a car (or cars) for some time now, you’ve probably heard a few of these noises in your own vehicle.

Almost everyone has heard that obnoxious squeal when someone brakes. More than just a cause for embarrassment, squealing triggered while braking could mean many things. It could be as simple as the build-up of dirt on brake rotors, drums, pads or shoes. A cleaning would eliminate the problem in this case. However, a more serious cause of this squealing would be brake pads or shoes that were worn down. Other causes may include brake calipers that were incorrectly mounted or have somehow come loose. When brake parts themselves are worn out, they’ll lose effectiveness to point where they might fail completely.

When a strange sound comes from the engine, it’s understable if you begin to panic. A hissing engine is not only ominous, it may also be a sign of trouble. Such a sound may suggest that your engine is overheating or the exhaust system/catalytic converter is plugged. A hiss may also point out to a vacuum that has leaked. Whatever the cause may be, it’s essential for you to take your car in for a checkup immediately if your engine hisses. A blown engine is a danger to your safety, and will cost you thousands to repair.

You know you’ve got transmission trouble when it makes a grinding noise. The presentation of these sounds may vary depending on the car. For example, manual transmissions may produce a grinding noise when the driver engages the clutch and shifts. With automatic transmissions, however, the result of changing gears isn’t so much a grinding noise, but rather, jerks and shakes. Regardless of the sound or sensation, it’s important to take your vehicle to a licensed mechanic. These unusual occurrences may indicate a need to have your shift linkage or clutch adjusted.

A popping noise in your exhaust system isn’t a sign of good performance. Rather, it may indicate that your vehicle has a serious problem that needs immediate attention. A common cause of exhaust “pops” are leaks, particularly in the fuel injector. However, such sounds may also come from holes in your muffler. Don’t take exhaust leaks lightly. The resulting engine damage, increased fuel consumption and poor emissions ratings are consequences you would surely want to avoid.

In the outset of this article, we mentioned the beauty of hearing your engine roar when you rev it up. 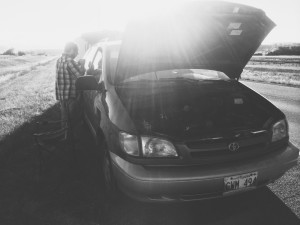 However, some drivers start to hear a different tune while accelerating – whirring. If you’ve ever heard this sound before, you would probably agree that it sounds like the engine was struggling to perform. There are many causes for a car that whines when speeding up. They include worn-out universal joints, differential lubricants needing lubricant and a faulty torque converter. Like the four signs listed above, the sound of whining is one that needs attention from a licensed mechanic.

It’s true that not every noise heard inside your car is one to worry about. Some are indicators of very minor problems, or just the result of conditions created by the weather. However, it’s better to address these sounds instead of passing them off as something minor. For the sake of performance, your health and a measure of comfort, it’s a good idea for your mechanic to inspect any strange car noises that weren’t there before. Bringing up your concerns for a strange sound during basic car maintenance visits can help you resolve an issue faster. You may have to pay some money now and sacrifice some time, but it’s better to do so before the problem becomes a major issue.