5 Safety Devices in Cars…and Their Dangers

We are living in an era where our driving experience is starting to resemble what we’ve seen on T.V. The Jetsons, Knight Rider, Batman – the cars in those shows no longer seem so far-fetched anymore, do they? With all of this car technology, various aspects of car performance have improved. One of them is safety. We’re now safer than ever since cars alert us to more dangers than in years past. But are those same features putting us at greater risks for accidents. It’s certainly possible. There are five safety devices in cars that experts warn could be dangerous, despite their ability to keep drivers and their passengers safe.

As if yanked straight out of a sci-fi movie, cars with advanced sensors and displays are now on roads and in neighbourhoods near

you. Heck, the next car you plan to buy will most likely have these devices. Lane departure sensors, blind spot detectors, night vision sensors and the ever-so-cool heads-on display are turning into staple features. But here’s the concern: these devices which no doubt increase safety, can also lead to distractibility. If you’ve got a bunch of lights and symbols flashing in front of you, there’s a good chance you’ll focus on them, more than the actual road itself. The danger is that these graphics don’t replace your senses. Looking too hard and too long at a blinking warning light could make it too late for you to react to a car that’s about to hit you.


Another safety device that has grown increasingly common in cars are parking cameras – the most common being for the rear-view. In many ways, they are a blessing. If reverse parking was never your fortè, they can come in handy when you’re in a rush for an appointment or some other obligation. No more worrying about trading paint with other cars. However, they’re somewhat distracting as well. Focusing too intently on the camera can become a problem when you also have to check your front and side view as well. So if you have to move forward and straighten up a bit, you might do so with eyes glued to the camera screen. If an object or worse yet a person stood in front of you, you wouldn’t see them unless you had an attentive passenger with you (or if your car is also fully equipped with collision detection). The other problem associated with backup cameras, is that some people with vision problems may not see an accurate picture – they would be better off relying on their rear window.

If you have children, keeping them safe is no doubt a priority for you, especially when driving with them. You might have even chosen a vehicle known for its high safety ratings. With that said, you also make features in your car itself, such as child safety locks and the most recognized, a car seat. Car seats are lifesavers for young children, especially when used correctly, and they can reduce the risk of injury if you get into an accident. There are now addons (called “bundle me bags”) to increase safety, comfort and the entertainment factor of driving for kids. However, experts are warning parents about the potential risks of these devices. Some of these add-ons appear to interfere with the straps, rendering car seats less effective in keeping children safe. These same experts recommend parents to avoid products that aren’t normally sold with car seats since they are often “aftermarket” and not regulated.

You most likely recognize talk about the dangers of airbags. Although they are an important safety feature in all cars, they can 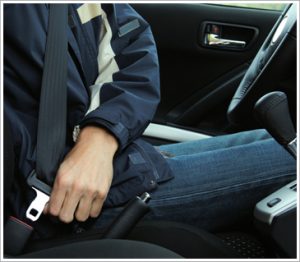 cause more injury than what’s intended. Phrases such as “airbags kill more than they save,” is an exaggeration, but they have sent people to the hospital and sadly, killed some drivers. The impact at which they emerge can be deadly depending on the distance between the bag and the driver. The shorter the distance, the greater the impact. If the driver is of small or short-stature, the injury could be more severe (hence the reason why children under 12 aren’t recommended to sit at the front). Seat belts, too, can be risky, especially for young children. If they’re fitted too tightly, they can cause serious injury in the form of bruising, cuts and even damage to internal organs.

Thanks to wireless technology, driving and phone use has never been safer. Not so fast. There’s overwhelming evidence that 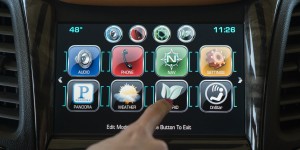 hands-free connectivity still doesn’t provide drivers with the distraction-free drive they need. In many cases, these setups aren’t as user-friendly as they seem, forcing the driver to spend more time with them than they should. Additionally, there’s the issue of drivers simply focusing too much on their conversation rather than the road. Even though they’re obeying the law (and avoiding a ticket), they’re still concentrating 100% on the changes in traffic, turns or possible obstacles around them. That’s why it’s not uncommon to hear about drivers getting into accidents or having close calls despite not having a cell phone in their hands.

Safety is a Balancing Act

The safety devices mentioned in this article are incredibly useful, and you shouldn’t shy away from them completely. With that said, however, there’s a need to understand their limitations, and where you need to draw the line between reliance and total dependency.

Safety Devices Have their Place

The intent of this article is not to bash safety features found in modern vehicles. They are doing a tremendous job of keeping us accident free, saving us from collisions. But they can backfire if misused. That’s why it’s important to recognize the risks of safety devices in cars, so that you don’t rely on them too heavily. The key to making use of such technology is having a balanced view of them. They’re great “assistants”, but they shouldn’t replace the road as your focal point. It’s safe to say, that knowing when and when not to use them (as well as how), is what will truly make your drive less risky.