Is it Risky Having Too Much Technology in Cars?

If you could drive a car from a movie, T.V. series or a book, which one would you choose? Would it be 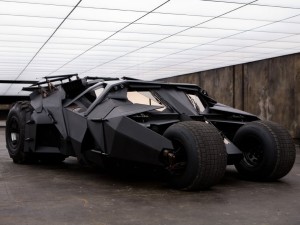 the Batmobile? Or would you go for Knight Rider instead? Or maybe you were a big fan of Inspector Gadget as a kid, and would love to sit in the driver’s seat of the Gadgetmobile. Well here’s the thing: cars are starting to resemble the high-tech vehicles found in fiction, thanks to all the new gadgets that come standard with them. But some worry that too much technology in cars can be a bad thing, although others don’t see a problem. Like all subjects, there are two sides to the argument.

In the 20th century, people were more in tuned with themselves and the Earth as drivers. That’s not just mystic, meditational, mumbo jumbo. If you’re in your 40s or 50s, think about the dashboard of your first car. It was probably quite plain, sporting nothing more than a radio and air conditioner. And in your passenger seat, assuming you were alone, there was probably just a book bag. Now? You’ve got touch screens, loaded with menus for your GPS, stereo, AC and perhaps a phone or tablet sitting somewhere that’s connected (either wirelessly or plugged) to your car. Your car is also equipped with wi-fi and bluetooth connectivity, so you can connect your phone wirelessly. 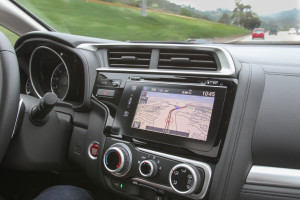 And there’s your phone itself, the multitasking, always ringing slab that you’re never more than two meters away from. But there’s more. Now, cars are getting smarter than ever before, even driving themselves now. There are cameras to help you back into parking spaces, cars that park themselves, and collision avoidance systems. Many of these advances are great and have even saved lives – a reality that can’t be denied. With that said, however, all this tech is adding to the risks already present with driving.

You’ve seen it a million times – drivers spending more time looking down rather than looking up. If they were in the lane next to you, they probably drifted closer and closer until you honked at them to avoid what would have been a sideswipe. A large number of road accidents are caused by such distractions, especially among younger drivers (teens and twenties). Despite the increases in fines and penalties, there are still a ton of people who drive while texting their “besties” or trying to read funny memes sent by others. And it’s not just phones – trying to tweak a GPS entry or searching for the perfect song can divide your attention so that you’re oblivious to the changes of road conditions. So if an 18-wheeler swerved into your lane or you started drifting into the shoulder, you wouldn’t see it in time. Hopefully, you’d somehow get out of that collision.

Here is another problem that gadgets cause for drivers behind the wheel – stress. Yep, technology which is supposed to make life (and driving) e-a-s-i-e-r, has a way of making life more nerve wracking, even behind the wheel. Imagine having a fight with your spouse or kid through a stream of text messages or speakerphone. Or imagine if your spouse or kid is in the car with you, late for an appointment, and the GPS keeps rerouting you. Or imagine if you’re not the greatest at parking and the park assist isn’t working, and there’s a line of cars waiting for you to finish. To make it worse, the other drivers are honking at you. All of these scenarios are examples of the stress that technology can bring, while driving your car. They’re not bad in themselves, but they can make driving a real hassle. That leads us to our next point.

Cars are getting so high tech, that they’re starting to replace some of the skills we learned at 16. It’s cool to have a car that parks itself, especially when you’re pressed for time. But wouldn’t you agree that 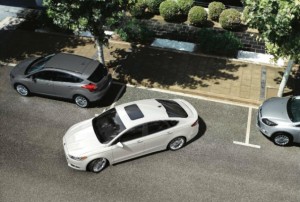 relying on it 24/7 would lead to a decline in parking skills? Of course. It’s no different from the fact of you losing strength after abandoning the bench press for several months. And that’s what’s happening to drivers. Many of them are depending too much on fancy gadgets, when they should be using their motor skills and senses to stay in control on the road. The only way to prevent a loss in these skills, is by means of practice and relying less on technology.

The purpose of this article isn’t to bash the use of technology in cars. Rather, the focus here is to point out the dangers of overusing it while driving. What truly matters is not whether you use these gadgets or not, but how you use them. Just like alcohol, it’s better to enjoy these gadgets responsibly. When used in moderation, you get the best of both worlds – their features enhance your drive in some way, without turning into a dangerous distraction.

Keeping gadgets in their places (while driving)

There’s no denying that robots and machines are taking over our world. You can see evidence of this just about everywhere, whether it’s with your Roomba vacuum, smart refrigerators and yes, your vehicle as well. And while these advances have their merits, they also have their disadvantages. There’s nothing wrong with having technology in your car, but it shouldn’t come at the cost of your attention and safety. So balance is the key. Learn to recognize when your gadgets are getting too distracting or making your drive stressful. And if you absolutely, positively have to use a piece of technology, just pull over! It’s better to do so yourself, than have a cop tell you to do so.