Will a Self Driving Car Bring an End to Our Driving Skills?

Cars are getting smarter. They’ve joined the ranks of planes, trains, computers, phones, robots and home appliances – modern inventions from man who may soon have competition in the productivity department. While cars are also getting a boost in “brainpower”, some individuals believe a time will come when humans will forget how to drive. And some think we’re on the horizon. As a car owner, what do you think? Will the self driving car make us worse drivers? And do you think better artificial Intelligence (AI) will transcend the need for people to refine their driving skills?


The above-mentioned questions would most likely spark intense debate in university lecture halls. Regardless of the answers, the progression is inevitable, and hopefully it’s a positive one since predictions point to 2035 as the year where most cars will drive themselves. If that’s the case, we may no longer need to have a license; perhaps, all we’ll need is a prepaid card to buy regular software updates from an app store!

These changes have led older generations to believe in the eventual decline of driving skills. It was only 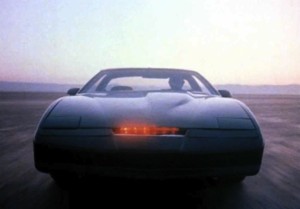 a few years ago, that you had to rely solely on yourself to stay safe on the roads. You needed to be fluent in your motions, whether it meant checking your blindspots, judging distances, reversing, parallel parking and more. Therefore, you needed sharp cognitive skills, and any deficiencies in things such as eyesight, required correction (with glasses or contacts). Now, you still need those facets (depth perception, attention etc.), but it’s safe to say technology will allow us to get away with not putting forth our greatest effort behind the wheel.

Thanks to ideas and concepts that existed in sci-fi novels, movies, and T.V. shows (ie. Knight Rider), the features of a self driving car are now a fact. Even more surprising, drivers of new vehicles not only want these options, they demand them. You too might carry such sentiments.

A few years ago, cars with built-in GPS units were blessings on wheels. Auto brands have upped the ante ever since. Along with an endless list of bells and whistles, there’s a stream of features to make your drive seem like less of a chore.

These features are not without their merits, however. Human error is a leading cause of accidents, whether it’s between drivers or collisions with pedestrians. If you have a vehicle with such features, and had a warning kick in, saving you from a disastrous situation, you’ll no doubt appreciate it. Think about backing out of your driveway, and seeing a child run behind your car to grab a ball. Or your ABS activating when the car in front of you suddenly stopped. These features can definitely serve as lifelines when we’re not 100% focused or in control.

Realistically speaking, cars with automated abilities have been around for decades. Electronic stability control features (ESC), such as traction control and automatic braking systems, have been around for at least two decades (development for these technologies began in the 80s). So cars were learning to drive themselves many years ago, but there’s an explosion of new vehicles which possess these abilities to umpteenth degree.

Will Driving Become a Lost Art?

With so self-operating features now expected, will cars drive better than us? And will they supplant our need to be skilled? The answers to this two-part question are “who knows?” and “no”. It’s worth looking at the topic with further focus to truly reach a conclusion.

Will they drive better than us?

If one thing is sure, programming without any interference will always repeat the exact same motions and actions. In other words, a car that’s programmed to brake under certain circumstances will do so as nothing goes wrong. With humans, emotions often get in the way of decision making, and lead to our demise. Not so with machines. However, machines, although not susceptible to emotions, are not immune to glitches and errors. So you can still expect accidents to occur in a self driving car. It’s also important to remember, that machines can’t reason - an ability we humans exercise daily - and they can only react to things based on their programming. That could very well mean a car’s safety features could backfire (this phenomenon has been seen in airplanes). So it remains unclear who will be the better drivers, although the human brain will always have certain abilities that a computer may never possess.

Will they supplant the need for driving skills

It’s easy to agree that no machine will replace the need for actual driving skills. After all, what happens when they fail? There won’t always be a backup for your backup. And when these fancy fixings malfunction or shut down, what will keep you safe are your own skills. That’s why we all need to keep our driving skills in check, regardless of what technologies we come across. Picture this scenario, for example: You arrive at a function on a busy downtown street - late. As a result, 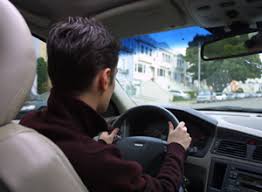 the parking lot that was across the street is now full. Your only option is to parallel park. That was never your forte, so you always relied on your automated parking, never bothering to improve your skills. But today, as you turn your park assist on, it doesn't work for some odd reason! And there’s a line of cars behind you, waiting for you to move. You’d probably have to drive far away, perhaps blocks away to find parking since this wouldn't be the opportune time to practice. The likelihood of such an event taking place may be low, but it’s not impossible. And although it’s just a scenario, it does illustrate the problem with relying too much on technology, instead of our own skills.

While no one can tell you what vehicle to buy, there’s wisdom in learning how to keep your driving skills sharpened. The fancy self-operative technology of today’s vehicles are handy, but they aren't without their vulnerabilities. So don’t hesitate to improve yourself as a driver. If you notice little habits or weaknesses in your driving practices, take note of them and make adjustments. Take a driving course if the issue is noticeable enough to cause safety concerns, and seek professional help if a particular habit is rooted in anxiety. These are the steps to take for safer driving. So even if you want high tech features for convenience, don’t use them as a crutch. Do you need a loan for a car that’s been rated highly for its safety? Get in touch with us so we can help you find the best financing rates for your vehicle of choice.