Science and society often creates differences in the way men and women drive.

Here we are at part 3 of our series, “Are Men or Women Better Drivers?”. In our first post, we looked at the biological differences between men and women, and how they affect a person’s driving skill. In our second installment, we put society under the microscope to examine how it has groomed the sexes to treat driving differently.

Today, we’re going to look away from scientific and social theory to consider the hard facts and numbers. The stats behind male and female driving habits do reflect the two factors we considered before (biology and society), and they also reveal some other realities that many of us see as anecdotal.

So without further delay, we’ll get into part 3 of “Are Men or Women Better Drivers?” – What the Numbers Say.

Let’s start with where it all begins – the driving test.

We all remember sitting and waiting to see our ticket number appear in red on the little black screen, and then having to pencil in the little circles on the scantron, hoping we’d pass. And we’re all too familiar with the poker-faced, silent examiner, telling us to turn here and there, while we gripped the steering wheel, trembling.

We just didn’t want to fail.

But that just seems to be the unfortunate reality for many women drivers. One U.K. study revealed that female drivers have a higher rate of failing their driving test the first time around compared to men, and that rate increased as they got older.

Findings from the U.K. Study 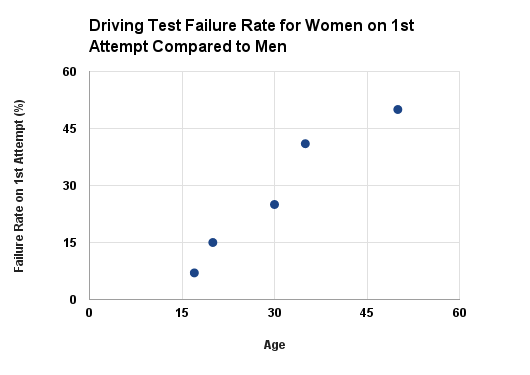 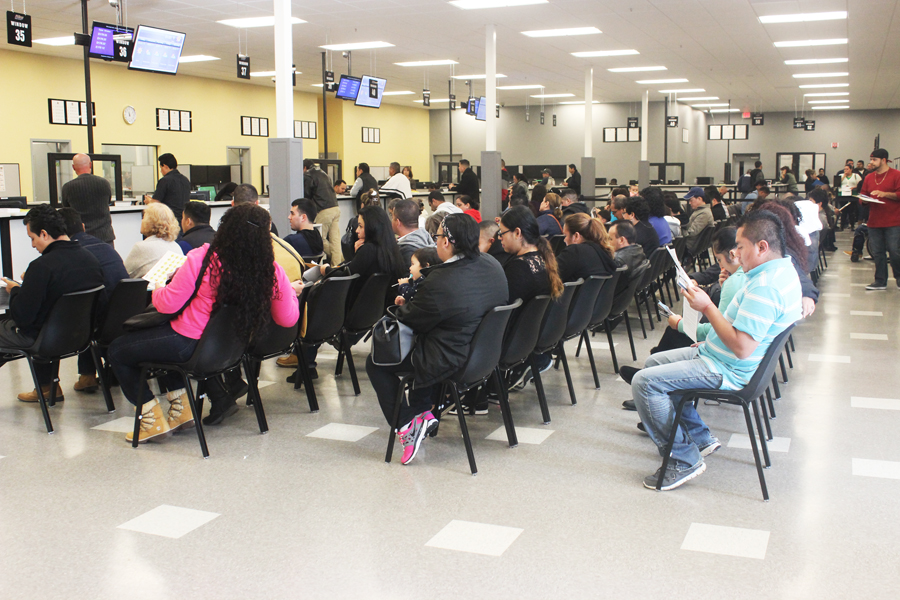 Studies have shown that men are less likely to pass their driving test the first time around compared to women.

Age seems to play a role here. Perhaps, a slight decline in cognitive function and more apprehension to learn driving skills (which commonly occurs as one ages) further explains the increase in the failure rate as a woman ages. A similar study focused on male drivers would probably yield similar results.

But why does the female driver seem to have such a disadvantage?

35 year-old Angela Clarke, who made three attempts before passing her driving test at age 18, believes the system is “rigged”, biased against women. “There must be something wrong with the test and the way it is administered,” she said, “because there’s no other way there could be such a bias towards one gender passing.”

Also onboard with this view is Frances Robinson, a 34 year-old resident of Britain who at the time of the study, was preparing for her third attempt. She acknowledged her frustration at the test saying, “I find the whole thing artificial”.

Robinson claimed to have been failed for driving too aggressively at first, then too timidly the second time around. Finally, she went to say “I’ll be angry, though, if I find out I’ve been properly discriminated against. I know I can drive…”

These stories correlate with the differences in brain structure and hormones mentioned in the first post, as well as societal conditioning. Again, all of this points to a potential advantage men have behind the wheel in terms of cognitive skills.

Could a bias exist? Possibly. To say such treatment is impossible would be an exaggeration, but it would also be unrealistic to say that driving instructors are out to “get” women.

Men pay more money than women for insurance, a reality that probably doesn’t surprise you. It may seem that young men swerving in between cars on the highway more often than women – a reason why they get the “higher risk” label – is just an overstatement. But there are stats to prove the stereotype (which we’ll get into soon).

The Cost of Being a Male Driver

Is that fair? As we’ll discuss in our next section, men, especially the younger ones have a higher tendency to drive aggressively. And insurance companies determine their quotes by analyzing numbers, which unfortunately works against the gents.

Back in 2014, a Globe and Mail article detailed the high car insurance rates Ontarians pay, especially younger men. One such example was Nick Dasko. Mr. Dasko bought a seven year-old (at the time) Mazda Protegè for $10,000.

The insurance bill surely hit hard. Despite his accident and ticket-free driving abstract, Dasko would have to cough up a whopping $6,000 for his annual car premium. The reason? He was a 22 year-old man.

Stories like these aren’t at all rare, and it’s common for male drivers under 25 to pay such high rates.

And the reason for this boils down to safety. Despite the cognitive advantages men have – visual, spatial and motor processing – they are more likely to get into or cause fatal or serious accidents. Additionally, men are more likely to get speeding tickets, violate traffic signs/lights or get charged with DUIs. In essence, women are safer.

Since the most important element of driving is safety, an area women dominate compared to men, insurance companies would surely rate females as “better drivers” than males. But of course, the argument doesn’t end there.

We’ve mentioned some other insights in our previous posts, regarding the way men and women drive.

For example, guys tend to log more miles on the road than their female counterparts. Also, as stated above, they’re more likely to commit certain offenses or end up in more catastrophic accidents. Just look at these numbers below:

When it comes to traffic violations, the rate at which they occur among men almost doubles that of women.

However, women aren’t risk-free neither. Female drivers have a tendency to engage in certain behaviours as well, and in some instances, more so than men would for that same action (or distraction).

Ultimately, both men and women succumb to dangerous habits while driving. The difference, lies in what they do.

We’ve also got to look at the crash statistics – it’s here where we see some real differences among men and women drivers. Additionally, these charts show some insights as to why male and female drivers pay different insurance rates.

*Note individuals under 16 are almost 100% likely passengers, rather than drivers.

Women get into more fender benders, while men are more likely to get into serious car accidents.

As you can see you can see, the young men ages 15 – 29 had the highest rate of accidents causing death compared to any other age group.

Just like the men, young women aged 15 – 29 had the highest rates of car accidents that led to death. But here’s the difference: the fatalities among men in these age groups were often double that of women in the same age. What does that suggest?

The combination of youth and gender – which is influenced by hormones and brain wiring – explains why men usually end up in more deadly accidents.

Everything that we’ve discussed before involving biology and society seem to match up with the numbers.

The differences in the behaviours mentioned above are why we have phrases like “drive like a man” or “drive like a girl.” As sexist as it may sound, they have some merits.

Insure the Box, a U.K. insurance company that uses telematics to measure driver habits (and offers discounts for good behaviour), capitalized on this with their 2013 “Drive Like a Girl Campaign.”

The British insurer installs a black box into drivers’ cars, which monitors distance travelled (mileage) and driver behaviour (average speed). Since women are less likely to speed or drive excessively, they’re obviously getting the lower rates, hence Insure a Box’s advice for people to “drive like a girl”.

More importantly, they realize adopting the safer driving habits often displayed by women can reduce one’s risk of getting in a serious car accident.

So now we’ve reached the finale of our series, “Are Men or Women Better Drivers?”, we can safely draw some answers to the question.

We gave men the advantage when it comes to physical abilities, due to their sharper spatial awareness. Of course, women also have an upper hand biologically since they’re wired to act safer behind the wheel.

Looking at society’s influence, boys and men are more inclined towards things like auto mechanics and racing – women are usually looked at as outliers.

But now that we’ve seen the numbers, it’s clear that insurance companies look at women drivers more favourably due to their safer habits.

So here’s our take: men have the capacity to drive more skillfully than women (ie. better spatial awareness, more time spent driving), while women win when it comes to safety. Therefore, we can say the proverbial “playing field” levels out.

Regardless of whether a driver is a man or woman, however, practice and good habits will make anyone better behind the wheel, perhaps even great. We have many examples of women who make a living fixing cars or racing them, who outperform male drivers. And there are men who don’t show the aggression associated with more testosterone.

Ultimately, it all boils down to the individual, not their gender.