In part one of “Are Men or Women Better Drivers?”, we discussed the biology behind driving and how that affects skill levels in men and women. But there’s much more to it than that.

Driving is part nature but it’s also part nurture, and that’s where society shapes our attitudes towards driving, including what we think of male and female drivers. And yes, society does have an effect on the way men and women drive as well.

So if you’re the type to blame genetics and anatomy for our driving skills, you’re wrong. The people around you have and continue to subconsciously program your driving skills. It’s almost like hypnosis or subliminal advertising.

A Reminder of the Stereotypes on Gender & Driving

In pt 1., we mentioned stereotypes placed on men and women when it comes to driving. So let’s take a look at them again.

“Women get lost easily, men have better sense of direction”

And we even discovered that some of them had a basis on real scientific findings. Of course, it’s harsh and untrue to make a statement like “women can’t park”, because they absolutely can. It’s just an exaggeration to describe an area that men may have a slight advantage in.

You’ll remember how we talked about brain structure and hormones, and how they could affect men and women differently in terms of their cognition. But there’s another side that we didn’t mention for the sake of saving it for this post.

There’s a counter-argument that supports the theme of this post and again, it comes from science. It’s this: although there are obvious brain traits that differ between men and women, they’re actually not miles apart.

We know, we know – our last post may have implied that the differences were massive. But there’s research to suggest that differences, although realistic, are more subtle than we may realize.

In a new study based out of Tel Aviv University in Israel, a team of researchers led by behavioural scientist Daphna Joel, sought to find out how different men and women’s brains are.

Here’s what they noticed – using a mosaic of brain scan images, they found between 23% and 53% of brains had a mixture of regions that were male-oriented and female-oriented. In other words, the structures in as many as half of the scans showed that both men and women had a combination of structures that were “male-oriented” and “female-oriented”. Less than 10% had fully-masculine or feminine brains.

In essence, everyone has their own unique biology, which could reverse the typical roles or skillsets men and women are “supposed” to have.

That’s why there are men who excel at “womanly” strengths, such as verbal communication, social cognition and empathy. The same is true for women – there are many of them who show plenty of spatial awareness, motor coordination and aggression, traits associated with manliness.

So there’s gotta be another force that’s shaping driving habits among men and women. And it’s most likely society.

Look back at your childhood. When you walked through the toy aisle or played outside in the backyard with your friends, it 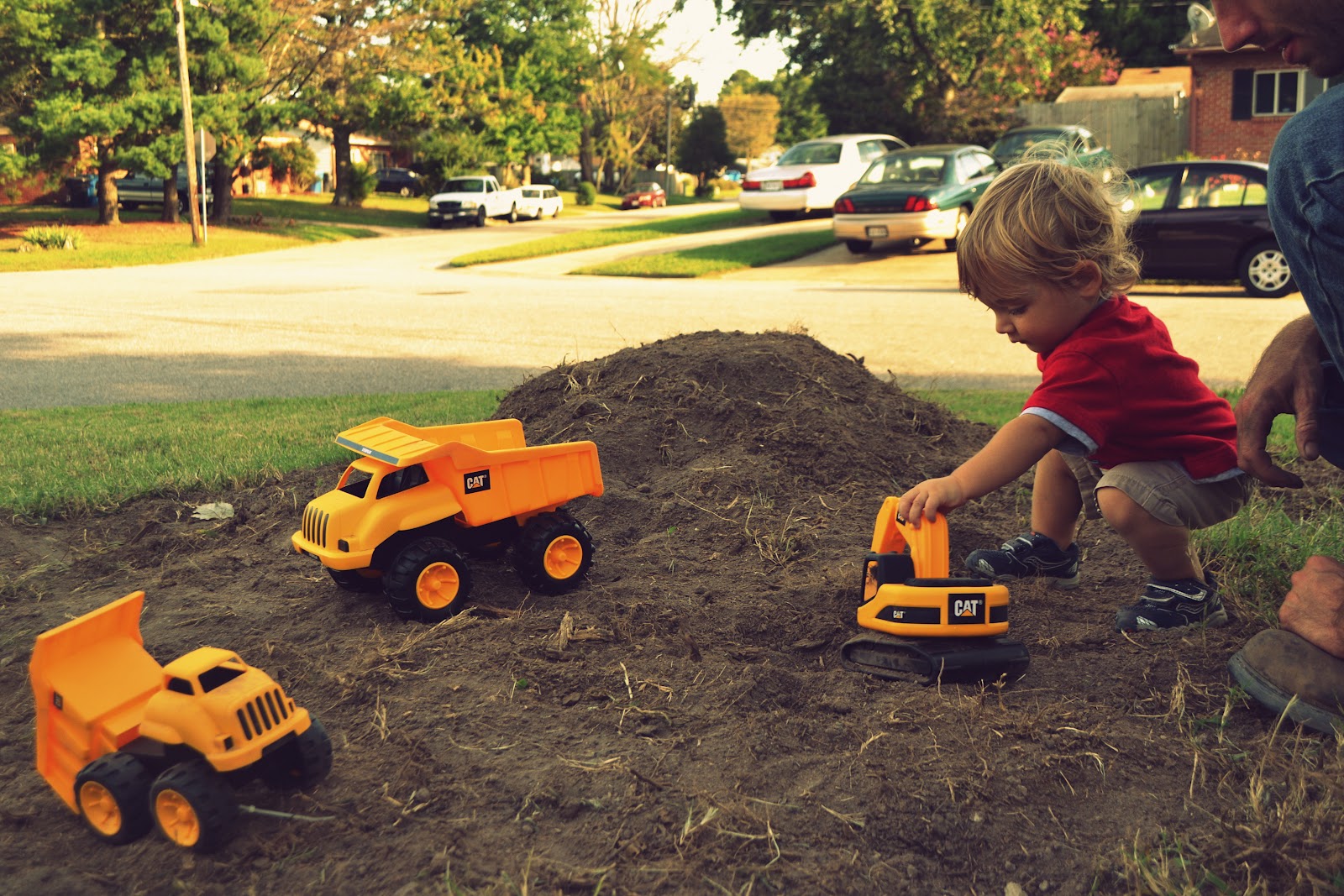 was obvious what were boys’ toys and what were girls’ toys. The boys played with Tonka trucks and hot wheels, while the girls played with Barbie dolls and playhouses.

These expectations arose from an earlier age. In respect to driving, cars were a “guy thing”. We built on those expectations with age, leading boys and girls to form cliques among themselves, based on who was doing what. Naturally, the boys took an earlier interest in cars and driving than girls did.

Boys and young men are often the ones who:

…and these activities often set the stage for developing strong driving skills later on.

What about the girls? They were encouraged in other things that

weren’t so mechanical. In fact, driving was probably something they started showing interest in at 16 when they were of legal age to get licensed. Since they didn’t have as much exposure to driving at younger ages, that could have an impact on their skill level and confidence in the years to come.

And that gives rise to another question… what if women were encouraged to develop an early interest in cars like boys were? Would their drive “catch up” to men and perhaps be viewed as equals on the road? It’s possible…

Look at female race car drivers, such as Danica Patrick and Milka Duno, and legends such as Michèle Mouton. Surely their talents behind the wheel started at a very young age. More importantly, they are proof that support and mentoring is required for anyone to drive well. 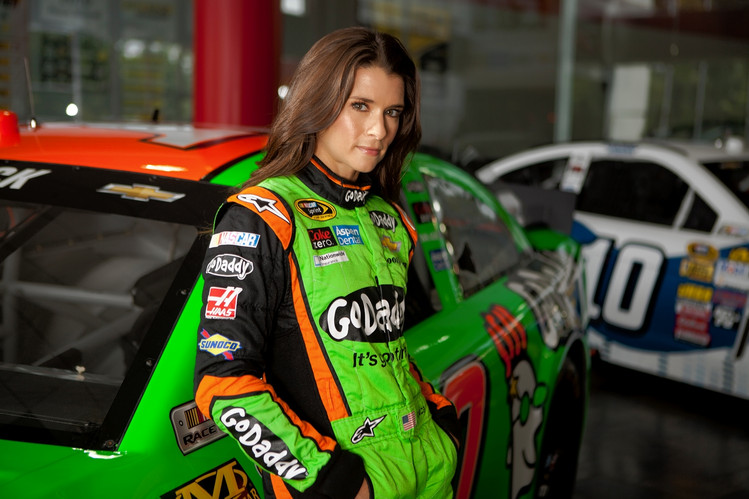 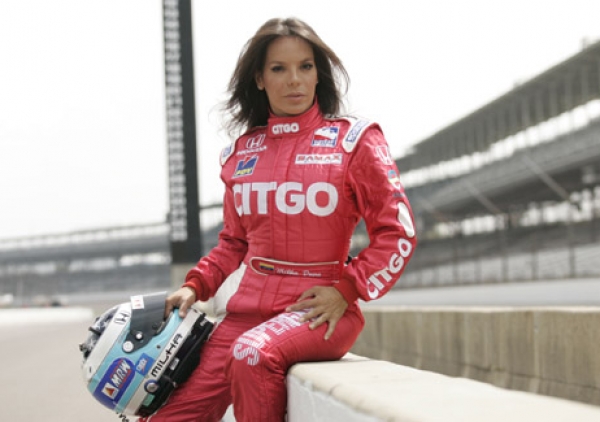 So yes, biology gifts men with certain advantages when it comes to driving. However, the real force at work here may be early encouragement to take driving seriously, almost as if it were an art. And women can develop into a great driver if they’re motivated to enjoy cars as much as boys do when they’re girls.

Now here’s something that may blow your mind. In pt.1 we talked about brain wiring and how that affects our ability to do certain things. Well get this – by telling yourself you can or can’t do something, your brain starts to form patterns that support your own belief.

This is known as neuroplasticity. It is the brain’s ability to rewire itself, and it happens on a daily basis. That’s why we develop and reinforce good or bad habits, addictions, and talents.

Think of building a highway. Initially, construction workers dig and create space to build the roadway. As the weeks, months and even years go by, the road gets nearer to completion. And then cars, trucks and buses start to use it to get from point A to B. It’s now established.

Trying to break it down to change it’s direction or build something different would take just as much effort as it did to build it. It’s possible to remove, but it takes work.

Take a look at this amazing and inspiring example of neuroplasticity.

Where science has recognized it

How could this affect driving? Well, if males subscribe to cultural expectations and automatically think they’re “good drivers”, they may act more confidently and brush off small mistakes as minor hiccups. This could establish patterns that push them to keep on perfecting their driving skills to the point of mastery. On the other hand, if women automatically think they’re “bad drivers”, they act more anxiously and see small mistakes as a lack of skill. Those thoughts could establish patterns that prevent them from trying to improve their skills, which would lead to continual errors. And in both cases, the cycle would repeat itself… So is society potentially grooming our expectations when it comes to driving, perhaps changing our very own brain structure? It seems possible, and there are many examples of this in other aspects of life. Just look at what technology has done to us. Those effects are the result of a society that has grown more dependent on technology, and they’re all examples of neuroplasticity. If we’re aware that technology has done this to our brains, imagine what society has done to other critical skills. Differences between men and women in driving skills could certainly be one of them. If that’s the case, biology may not be the reason why men and women drive differently. It could just be the result of bias and positive reinforcement given to men, and more negative reinforcement given to women.

Cultures that ban or discourage women from driving

Finally, there’s the issue of cultural trends and norms, that have put limits (some physical) on driving, especially for women. Take a look at Saudi Arabia for example. It is the only country in the world that still bans women from driving, despite repeated calls to lift the restriction. Now imagine being a young Saudi woman in your teens or twenties. You’re old enough to drive, but never had the opportunity to practice behind the wheel. The idea of driving a car may as well seem like learning to fly a plane, because you weren’t exposed to the activity in the first place. The combination of discouragement from a young age and a self-fulfilling prophecy that you can’t drive could establish negative thinking patterns, patterns that could make learning to drive a car an emotionally challenging experience, especially if you don’t have a strong personality. And if that ban gets lifted, there’s a good chance that this will happen to many of these women. We also have to consider another factor as well - the amount of time men and women spend behind the wheel. You’d agree that the more you do something, the better you get at it, right? Well, the numbers may suggest that male drivers simply get more practice behind the wheel than women do, because they drive more frequently. Take a look:

As you can see from the chart above, men spend more time behind the wheel in all age groups. So picture this - a household of four - mom, dad, son and daughter. Dad and son are more likely to drive the family car, giving them more familiarity with road routes and driving habits. Ultimately, this gives them an edge when it comes to developing and maintaining driving skills. Of course, you have single women (and single mothers who drive), as well as families where the kids are all girls, but you can see in general that women may get less practice behind the wheel. So in this respect, men get more practice and as a whole, this could give them advantages in terms of driving. The Verdict In pt.1, we agreed that men have biological traits that can directly make them better drivers. Women on the other hand also have biological traits that lead them to make better choices behind the wheel. So it’s kind of a tie. From a societal POV, however, it would seem that men do have an advantage in terms of driving because they’re encouraged to develop an interest in cars earlier. But women, as evidenced by famous race car drivers, can drive just as skillfully as men if they’re given more positive reinforcement from a young age. Stay tuned to part 3 of our series. We’ll examine what the statistics have to say about men and women driving, and what we think about the issue may not be so true.