This is it – your car has reached its end. After much consideration and weighing of options, you decide 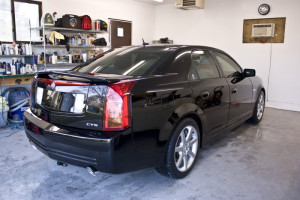 that your best move is to trade your vehicle in. As you know, depreciation is a force from which no man can escape, meaning you won’t get as much as to what you bought your car originally for. But that doesn’t mean you’ll automatically get ripped off. In fact, there’s a lot you can do to boost the trade-in value of your car, so that you don’t lose too much. And you don’t have to add any fancy car mods or gadgetry to increase its appeal.

No Such Thing as “Too High Maintenance”

The first place to start when looking to increase trade in value, is your vehicle’s maintenance. After all, cars are performance machines, not ornaments. So focusing on the upkeep of your car is a good starting point. That includes all the basics, such as engine care and tire checks (and replacements if necessary), but also the more advanced components, such as your transmission, emissions and electric work. Think of your car like an athlete about to get scouted to a major league team – the coaches will only take him or her provided they’re in great shape. Likewise, you’ll only get the best offers if your car is functioning in tip top shape. So the lesson here is to have maintenance a priority if you plan to trade your car in.

Detailing Does a Body Good

Now it would be unrealistic to say that what your car looks like doesn’t matter. And if you think it will sell in a visually unappealing state, you’re wrong. Dealers do care what your car looks like. For that reason, you need to spend some time giving your car a bit of TLC in the “looks” department. That’s where auto detailing and bodywork come in. Bodywork focuses on the exterior of the car, removing the dirt, dents, scratches and other “scars” that take away from the look of your car. You’ve also got the detailing aspect, which tends to focus on the finer details of your car, such as paint recoating, waxing and cleaning of the interior. Both bodywork and detailing are vital if you want a car that looks great. Remember, a car that shines is one that catches the eye and ultimately, a higher trade in value.

If you decide to take the first piece of advice to heart – that is, maintaining your car – then you should pat yourself on the shoulders. But here’s another thing to do – keep your paperwork. In other words, any documents to prove the work you did should come with you when approaching a dealer. The reason for doing so is to give a prospective buyer real evidence as to how much care the vehicle has received. Receipts, invoices and other documents accomplish just that, since they detail the repairs made, the costs involved with them, and the dates as to when they were performed. It’s a small task, but it can go a long way in trying raise your car’s value. 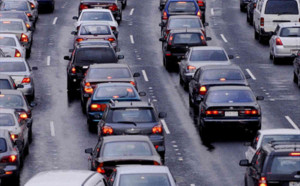 This might be a tough one, but your car will depreciate faster if you drive too much. Additionally, insurance companies factor in your annual kilometrage into your premium. So as you can see, distance, means quite a lot in the auto world. It’s inevitable – a car that has 150,000 “klicks” is closer to its end than a car with only 50,000 klicks, giving the latter more value. So here’s a word of caution – if you’re thinking of doing a trade-in at some point, watch out for the amount of driving you do. You might want to slow down if you have the habit of driving your car to the ends of the Earth on a yearly basis. Unless you really need to hit the road that often, think about driving less to preserve some of your car’s value.

Don’t Settle on the First One

Looking to trade-in a car is a lot like the dating game – you might not seal the deal right way. In other words, it’ll most likely take a few tries with various dealers before you get a deal that you’re satisfied with. So don’t get hung up over the first one. Yes, shopping around won’t necessarily increase the value of your car itself, but it may lead you to a buyer who’s willing to offer you more than others. There are market standards for cars, so you might not get a massively higher offer. However, it might be just a bit higher in a more desirable range.

The five tips mentioned above can raise your car’s trade-in value significantly. Just remember, though, that there are a few factors that ALL dealerships look at when considering a trade. It’s good to know them yourself, so that you don’t face any surprises when looking for a deal.

So contrary to what you may have heard, trading your vehicle in doesn’t have to feel like a losing situation. True, you won’t get as much as what you bought it for, but you can still receive a decent amount of cash for your car. It all depends on what you do with it. Some drivers give up on their car simply because it doesn’t have the trade-in value of another vehicle, but that’s unfortunate because they could get some good cash if they tried. Don’t be like them. By following the tips mentioned throughout this article, you will give yourself (and your car) a winning chance that your trade-in will be worth it.