Back in elementary or high school, your math teacher may have villainized the calculator. They made it seem like a force for 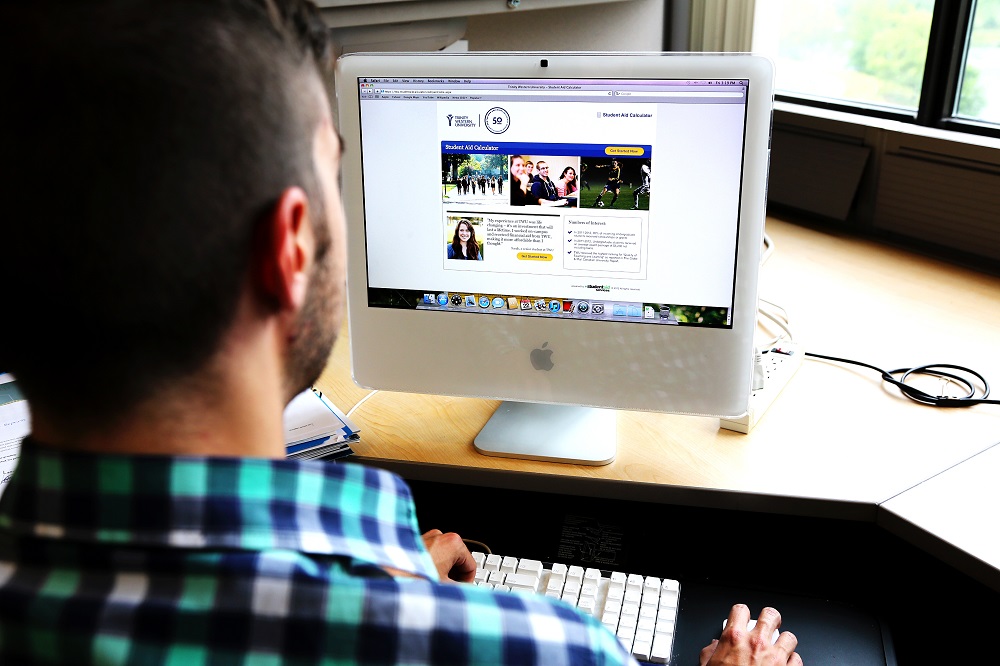 evil since kids would cheat with it, relying on a machine rather than their own brain. They probably used phrases such as “the calculator is only as smart as the person using it” (which is true). But it’s not a sin to use. We won’t advise you to use a calculator as a crutch for solving math problems, but we’re advocates of using them to handle your money.

That’s where a financial calculator comes handy. They’re simple to use, and they can give you a good picture as to where your money should go. Ultimately, they can’t make those potentially life-changing decisions for you, but they can make the equation of finding financial freedom far less complicated.

When to Put Financial Calculators to Use

Look through Yahoo’s list of calculators, and you’ll see dozens of finance-related topics for which you can crunch numbers. You don’t have to use any of them; there are plenty of fancier and flashier calculators out there (we’re not at all bashing Yahoo!). But this list serves as an example of how many calculators are out there for your finance needs.

However, you probably won’t need to use half (or even a quarter of them). So we distilled the mass of options down to a selection that you’ll most likely use in the near-future.

At some point, ma and pa will want their kids to shop around for your own place, assuming the kids are not in a rush to flee their property already. But it’s hard these days. Although debatable, a report by BMO Economics revealed that young Canadians aged 25 – 34 have more spending power than their parents, but carry far more debt, making it difficult for them to find affordable housing. The 2011 census found that 42% of Canadians age 20 – 29 still live at home, compared to the 32% number in 1991. Higher costs of living, more debt and salaries that have remained the same are all to blame for the difficulties young people have in affording a home. That’s why they need to plan ahead. There’s a neat little calculator featured in the Globe and Mail that young people can use to figure out if they’re ready to move out or not. 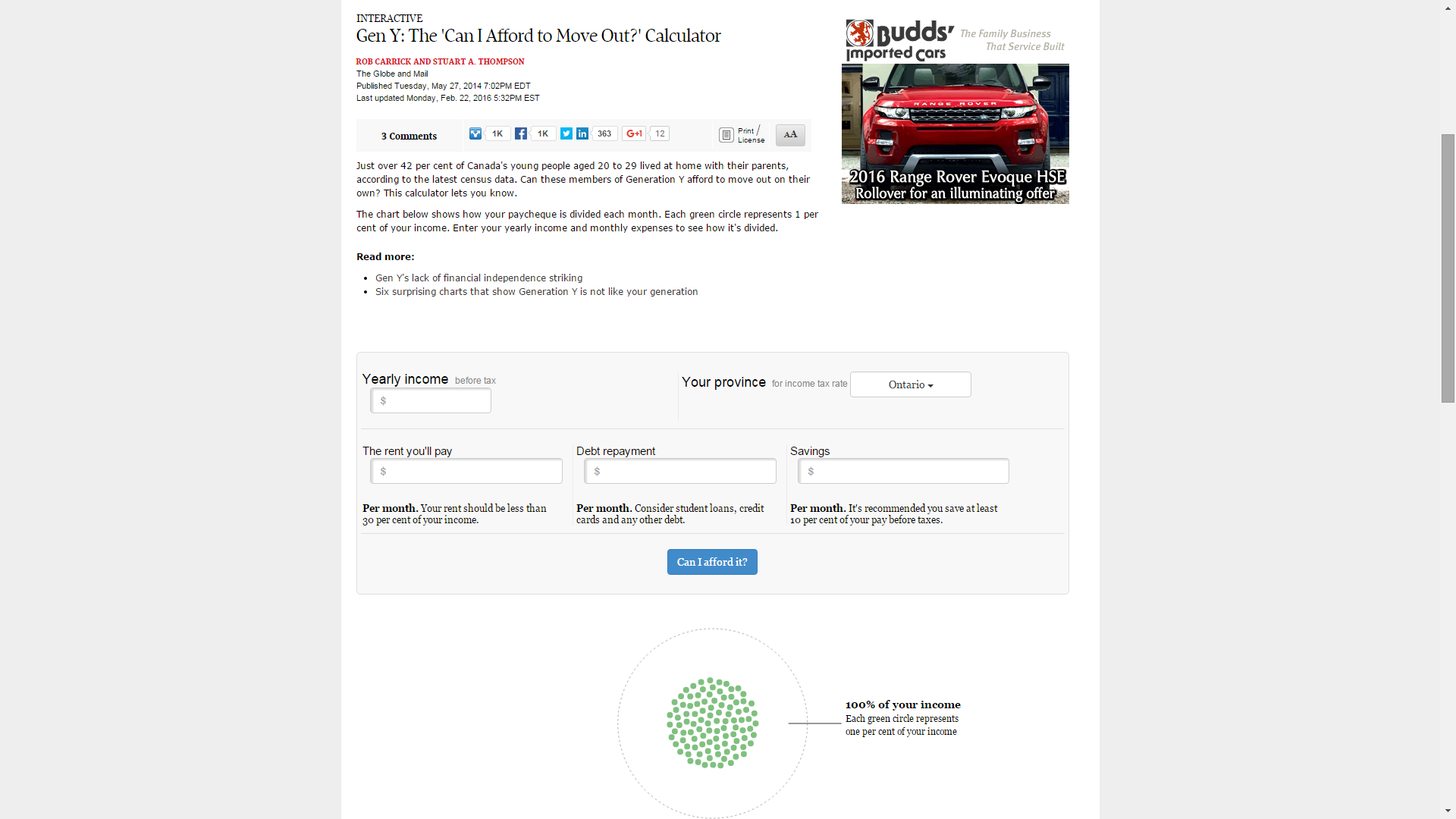 It’s been said by many experts that a car is the second-most expensive thing you’ll buy (your home is #1). So buying one without crunching the numbers could haunt you financially. Here in Canada, there’s a growing number of people locking themselves into 8+ year car loans, which can only worsen debt in the long run. Even in cases where drivers seek more reasonable terms, they often try to get financing for a car that’s beyond their means, ignoring other expenses. Again, the use of a calculator can help you put your monthly payments into perspective. Save yourself the hassle of looking too hard, by trying our very own car loan calculator for your payment inquiries! 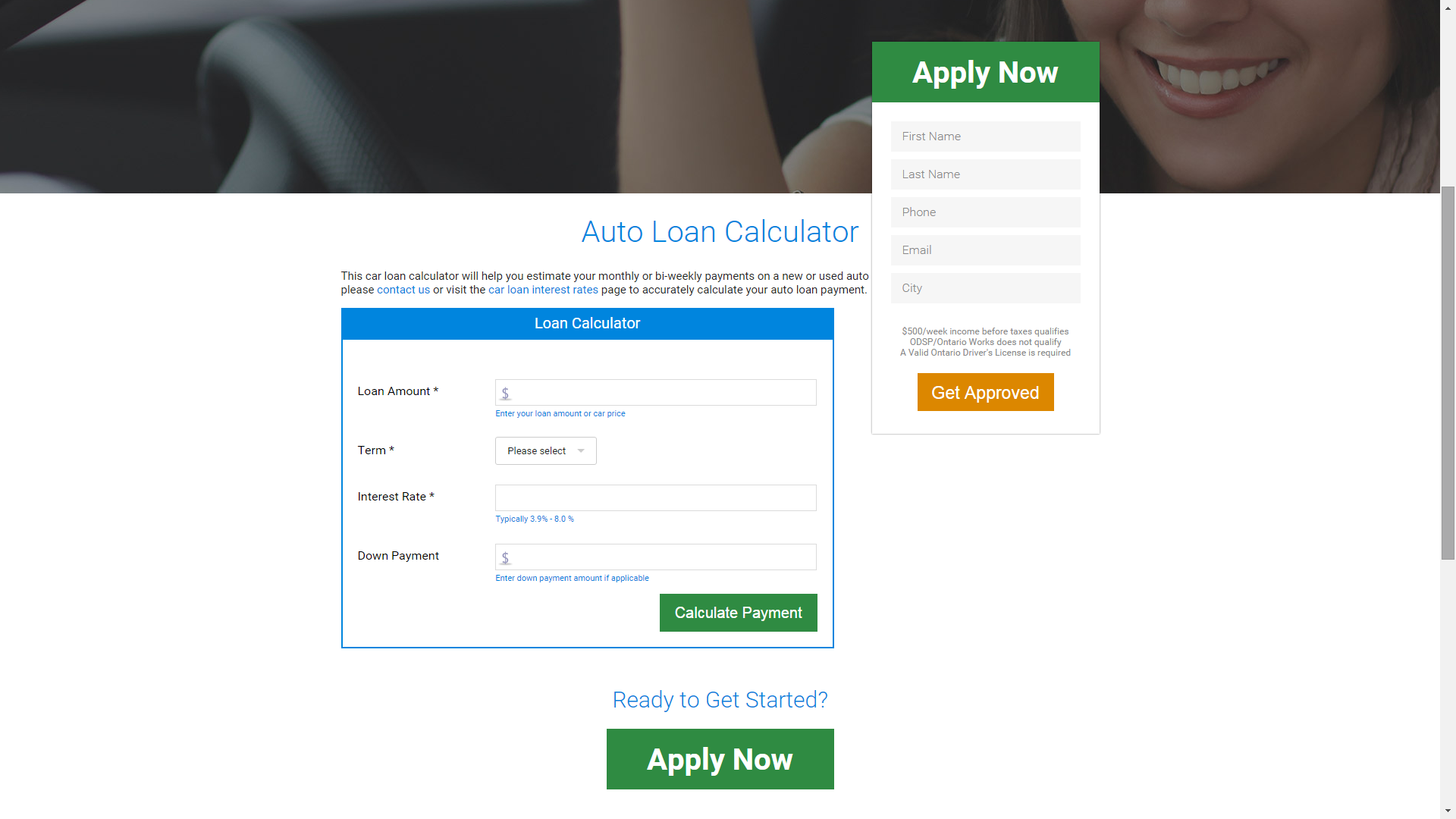 The seemingly elusive goal of saving more money often merits the use of a financial calculator. The ratios vary, but financial experts advise people to save 10% – 20% of their earnings. Of course, circumstances and personal goals can change that. Regardless of whatever fortune you hope to build, it’s vital that you work with real numbers, rather than hunches and guesses. 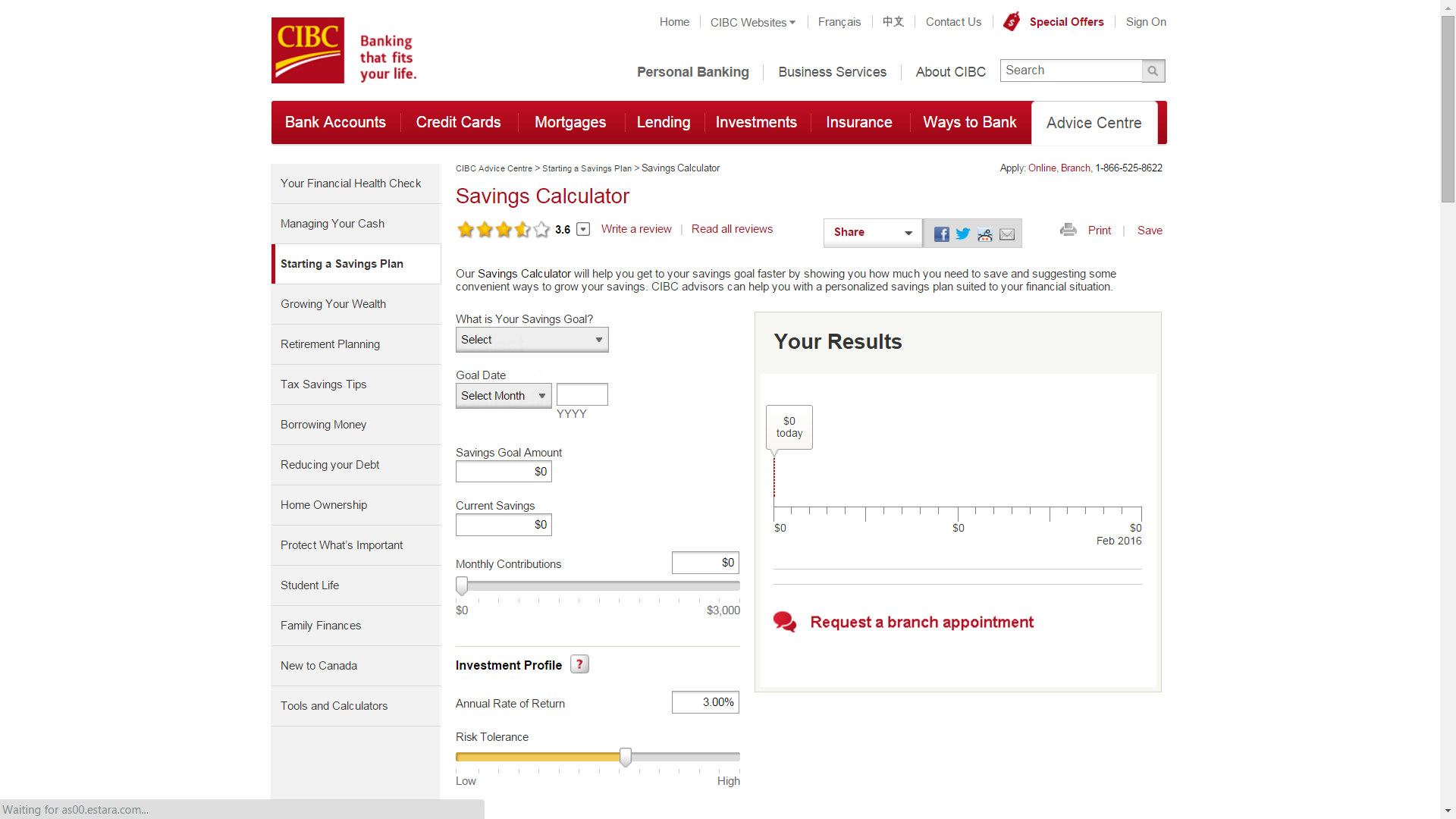 Assuming you have a budget for your overall expenses, you’ll have to make sure that your savings don’t put a strain on the rest of your life (yes, that may sound ironic). Consider too, that a calculator puts your saving goals into perspective; like other calculators, they’ll point out how much you’ll have to put away and for how long you will need to do so to reach your target. Fortunately, most Canadian banks have calculators on their websites, such as this one on CIBC’s site as well as this one on TD’s page. 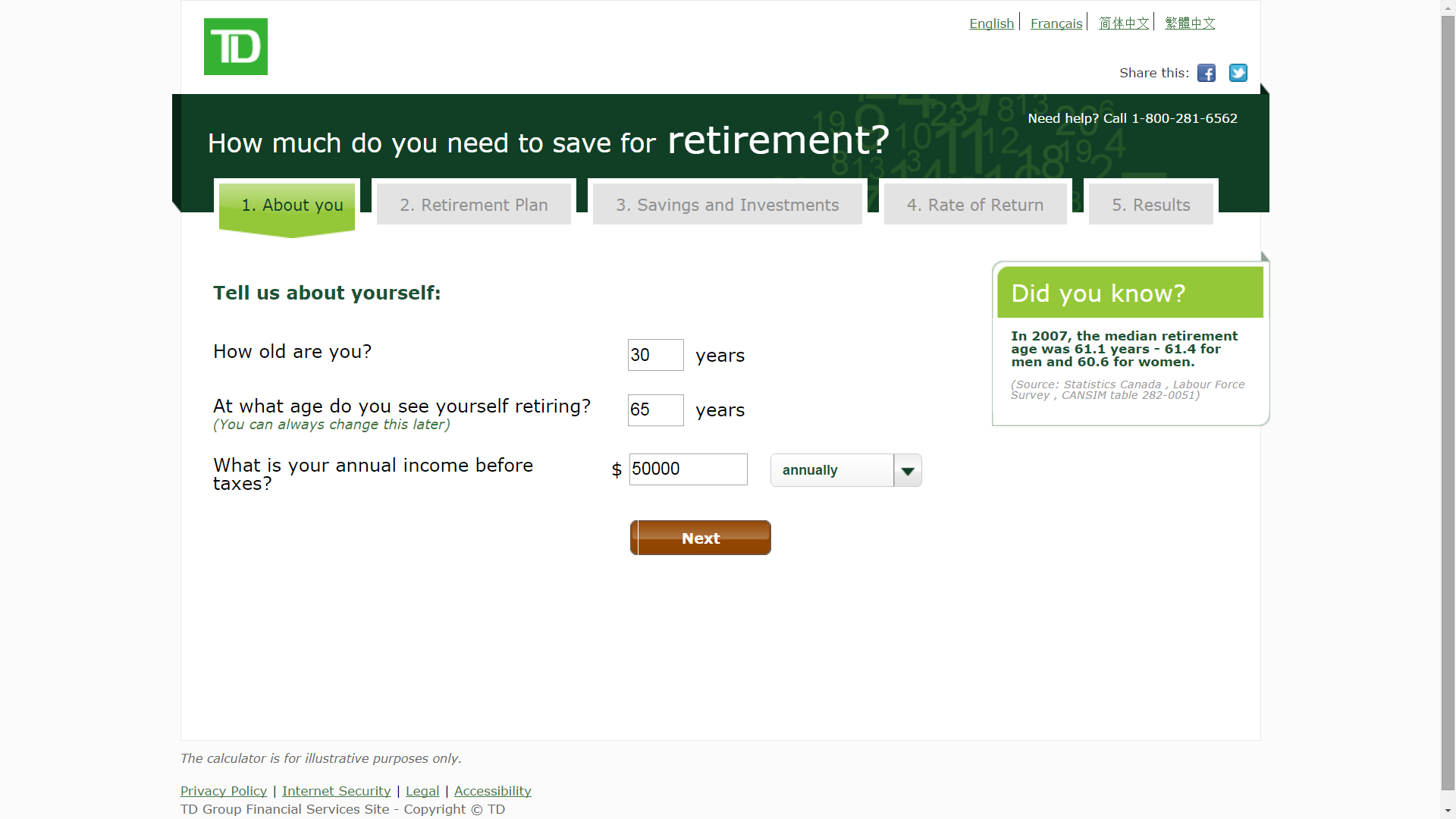 Getting out of debt without any guidance is tricky. Working with a debt or credit counsellor is always a good idea, and even if you’re not at that point yet, using references and tools such as a financial calculator can help. They won’t replace a real person, but they can show you what it will take to escape the shackles of debt. Similar to the examples listed above, a debt calculator will give an estimate on how long it will take you to eliminate your debt based on how much you’re willing to pay monthly. It’s a good way to visualize your goal, so that your efforts seem real. A good example of a debt calculator is located on Credit Canada’s website. 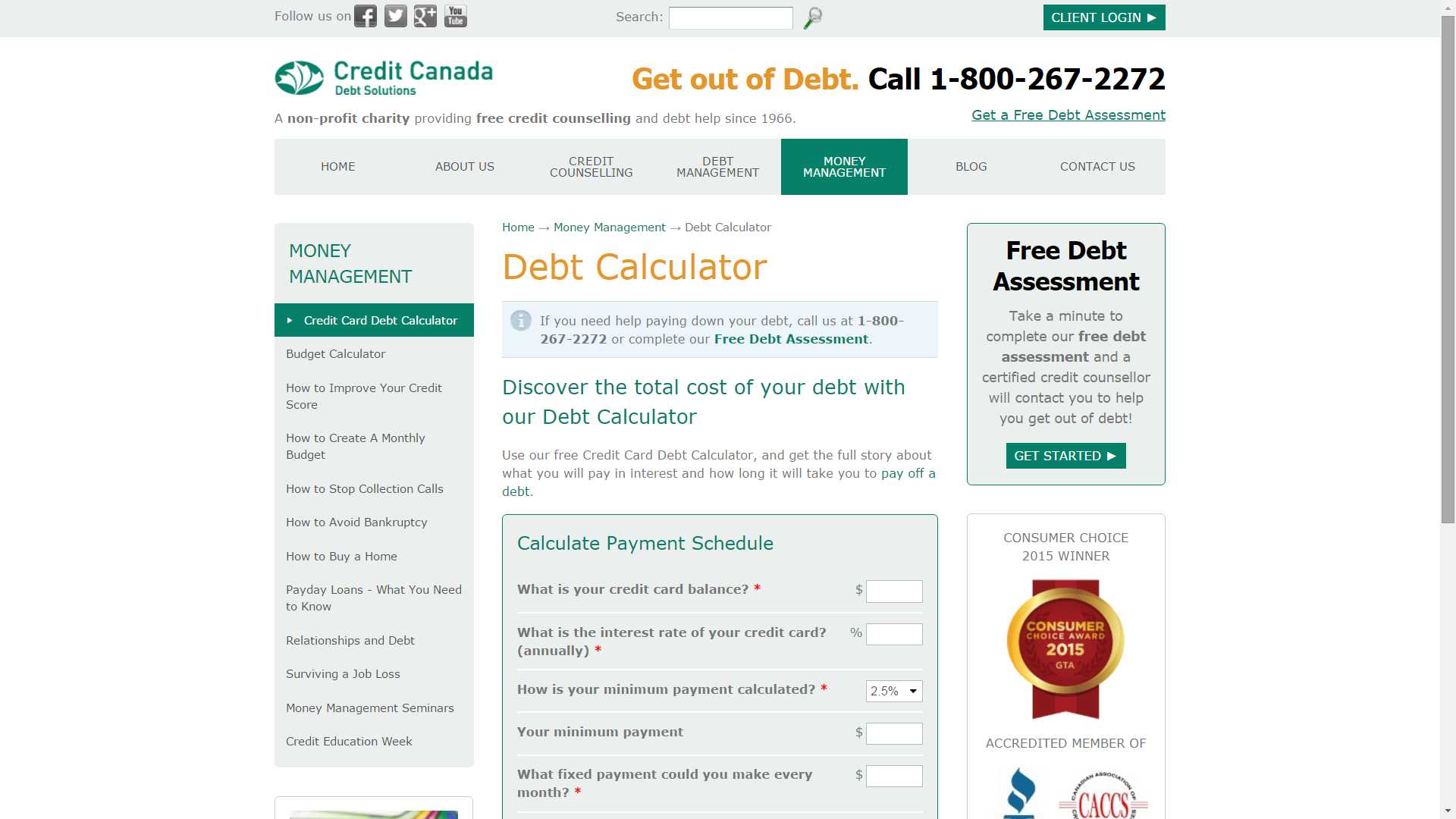 An overlooked aspect of achieving financial freedom is the setup of an emergency fund. In fact, emergencies, whether they

are natural disasters, job loss, or sudden illness, are one of the main causes of financial problems. And there are people who have fallen from stability into desperation, because they weren’t prepared for tough times. With that said, advice on creating an emergency fund differs depending on who tells it. There are some calculators out there, however, that can give you a decent estimate on how much you should save based on your expenses. This calculator on RBC’s site is a good tool to help you determine how much should go into your emergency fund. 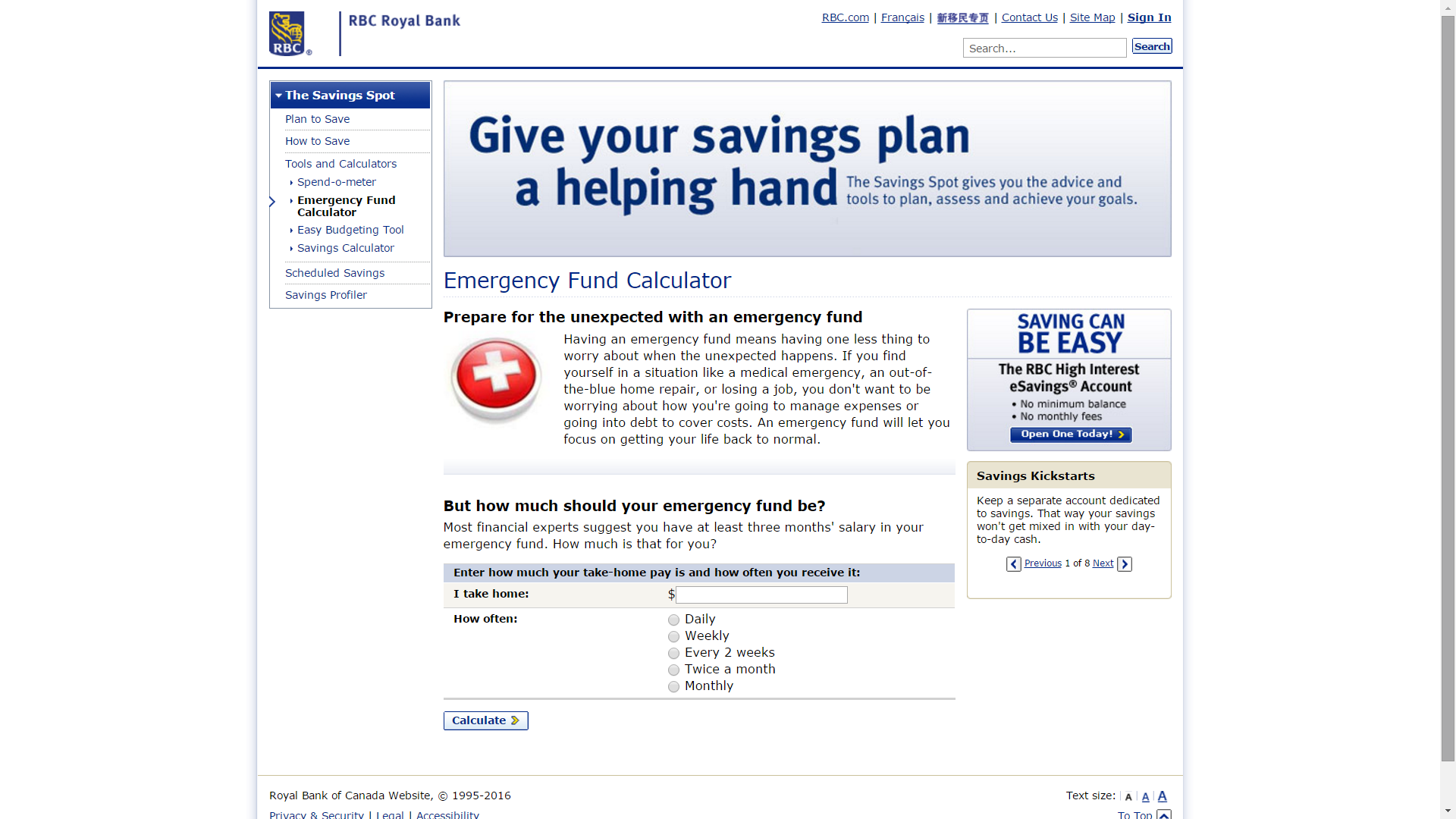 Rules of Using a Calculator

Going back to your school days, it’s worth sympathizing with your teacher’s and their frustration about using a calculator. They were right about the disconnect between the device and the user. Sure, you’re not trying to ace a math test, but what you enter into the calculator can give you the “real picture” or a mere illusion. So when entering numbers, keep a few things in mind.

It Doesn’t Hurt to Push Some Buttons

The calculator may not be too welcomed in your kid’s (or nephew’s/niece’s) math class, but it certainly belongs on your table when reviewing your finances. Don’t underestimate the power of a financial calculator. The moments you spend filling the fields in of these calculators will give you a target, so that your financial freedom turns into a real goal. They’re free, they’re simple, and they’re everywhere. All it takes is a few minutes of your time to use one, and see the path you need to take.