Most of us try our best to drive safely. Apart from taking the occasional risk, such as going a bit over the speed limit, we generally obey the law and avoid doing reckless things. But are we truly safe? It’s a question worth thinking about, because there are a ton of good habits that we’ve stopped practicing, or didn’t even learn in the first place. Some of the accident scenes you have driven by could have been avoided if one or more of the occupants drove defensively. Fortunately, there are a variety of driving safety concepts to keep in your mind. And it’s not too late to make them a habit, even if you’re way past your driving school years.


This is strange, admittedly. It stands for the term, Minimum Eye Lead Time. In other words, it’s the act of scanning the road 12-15 seconds ahead of you (this is equivalent to a city block) in urban areas, and 20-30 seconds ahead of you on the highways. Remember the “big picture” your driving instructor taught you about? Essentially, practicing MELT gets you into the habit of foreseeing road occurrences far before they take place. Sure, you won’t be able to predict what will happen with 100% accuracy, but you’re more likely to spot potential hazards by looking ahead, as opposed to only paying attention to your immediate surroundings. It’s one of those driving skills you should strive to master. 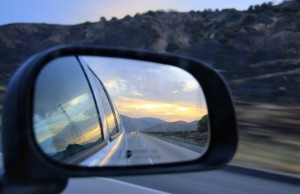 Although it sounds like something you’d utter into a mic, it’s a basic yet vastly underused habit. You’ve gotta check! That means glancing at your rear view mirror and your side mirrors. Ideally, you’ll do this every 5-8 seconds. Also, you’ll check these mirrors before and after making a turn, while slowing down and even when stopped. This is a vital practice. Road conditions – that is, the positions of other cars, road obstacles and hazards – are never constant, always moving and changing within the timeframe of a few seconds. The only way to see all of this activity is to check your mirrors constantly, so that you’re not missing anything. With that said, it takes a split second to escape an accident or get into one.


It’s a common dog name, a phone company’s name (although it’s now owned by Rogers), and yes, a driving safety term. And 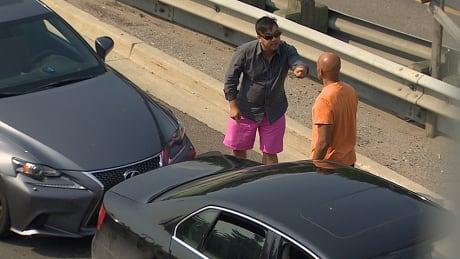 it’s one worth remembering. When another driver cuts you off or gives you the finger – on top of getting stuck in traffic and running late for work – you’ll probably get angry. It’s only natural. But as hard as it may seem, you should practice F.I.D.O, which means to “forget it, drive on”. Retaliation seems sweet, but it can escalate. Accidents and violent crimes have resulted because drivers couldn’t stay calm. The thing is, you’ll probably never see that person again and even if you did, it might be so far in the future, that you’d probably forget who they are. Listen to some relaxing music, breathe and hit a heavy bag if you have access to one. You’ll feel much better.

Even when you’re driving alone, it’s not a solo activity. Assuming you want to get home in one piece, you should treat it more like a team sport. A lack of communication between drivers is one of the main reasons why drivers get into accidents. So don’t be afraid to “talk” to other drivers. For example, use that horn if a driver is drifting into your lane or standing still at a green light. Flash your highbeams (if it’s dark) to let a driver pass you if they seem hesitant to do so. And if you and another driver make eye contact, you can point a finger (not the middle one hopefully, see the previous point) to give them the go ahead or alert them of a danger. You’ve most likely heard the phrase, “we’re all in this together”, and it’s certainly true when it comes to driving.


Oh, the infamous blind spot. There are hundreds of thousands of accidents that take place because of drivers who didn’t check their blind spots or who did, but missed the car that suddenly slipped into it. These accidents can be serious and fatal. Here’s the tricky aspect of these kinds of accidents – a driver who hits the other driver that was in their blind spot will likely receive the blame for the collision. Fair enough. But what about the driver who suddenly sped up into the other party’s blind spot? Aren’t they partly responsible? After all, the other driver may have double or triple-checked to see that nothing was coming. To avoid such a situation, it’s wise for you avoid spending too much time in another driver’s blind spot – no more than three seconds if possible.

Driving with others on the road is the only relationship with other people where being distant is a good thing. Of course, when you’re in bumper to bumper traffic, there’s no magic way to create space. However, when traffic is flowing, take advantage of the space around you. The more you do so, you’ll provide yourself with bigger windows of opportunities to make turns, switch lanes, and dodge potential collisions/road hazards. You’ll find yourself less stressed out by doing so (we all know that pressured feeling of trying to exit a highway from the far left lane). Ideally, it’s good to keep a following speed of two seconds behind a car while driving in the city. On that highway, that changes to 3-4 seconds, and 4 seconds for on-ramps. Granted, it’s not easy to keep track of such exact distances and time intervals, so your own discretion will come into play here. This is certainly important for bad weather.

7. Slow down for the tailgaters

Closely related to the previous point, is the issue of tailgaters. In most cases, a driver who’s tailgating you is displaying a form of aggression and road rage. They’re telling you to drive faster, slow poke! And it’s often unwarranted, because you’re doing an acceptable speed, while they’re just impatient. With that said, you can get such a driver off your back. Just slow down. It seems counter-productive and they might get annoyed, but they’ll change lanes and leave you alone if they’re smart. After all, the world is three-dimensional. And don’t feel offended if they look at you while zooming by. They’re excessive speed might just land them a speeding ticket a few kilometers ahead, leaving you with the last laugh.

If you’ve been driving for several years, you might feel like getting from A to B is purely automatic (excuse the pun), especially if you’ve never had a ticket or accident. So reading this list of acronyms and mantras to incorporate into your daily drive might seem like a drag. You may never hit or bump into another driver, but they could crash into you. And if that happens, what could have prevented it was if you applied the driving safety tips mentioned above. Remember, a considerable part of driving is dodging other people who aren’t as sharp or focused as you are. So don’t look at this as advice for amateurs. These same tips can save you from spending time on the roadside, as well as having to deal with police and tow trucks.