Carpooling Benefits & How It Can Change Your Life for the Better

Do you think carpooling is a waste of time or overrated? Then you’d probably think an attempt to make life less stressful is also a waste of time or overrated. But we know you don’t think like that. So if you’ve overlooked the practice of sharing a ride with others, it’s time for an intervention. At first, you may not feel fully comfortable with someone else driving you to work, and that’s natural since it’s not your usual practice. With time, however, you may start to see a difference in how you view your daily commute. Your time spent on the road may no longer feel painful.

Wouldn’t you agree the commute to work is putting a hole in your wallet? For those of you who stay on top of your every expense, you’ll no doubt agree driving from home to work and back is costly, even if you do so on a part-time basis. And if you haven’t calculated the cost or verified how much you’ve spent driving to and from work, start checking your receipts and bank statements. You’ll be shocked. Fortunately, carpooling can cut the costs of driving in three areas.

A few months ago, gas prices dropped to an all-time low in various regions across Canada. But the break was only temporary, and it’s quite likely to see these prices rise again. Filling up weekly is a necessary yet burdensome cost. However, the occasional carpool will cut down on your gas bill. Let’s say the cost of your drive is worth $2500 in gas (annually). If you were to share the ride with someone else, you could slash that price in half ($1250). Add a third or fourth person, and you divide the costs even further.

Another benefit of carpooling could be lower repair costs. It’s necessary to emphasize the “could be” since you never know what may happen to your vehicle on the road (hopefully nothing bad occurs). However, hitching a ride with someone else from time to time means you keep your car parked, and in turn, reduces the wear and tear on your own vehicle. After all, leaving your car at home means less contact with potholes, weather elements (especially during the winter) and less pressure on your car overall. That doesn’t mean you should keep it in perpetual hibernation, but fewer drives on your car may translate to less money spent (and time) at the mechanic or dealership.

For many of you GTA residents, who suffer through the bumper to bumper commute on the 401 or DVP, for example, what is your reward? A parking ticket. You either end your journey having to pay for parking, or paying the fine for not buying a ticket. That’s why carpooling in Toronto, or any city known for pricey parking fees, can save you a lot of money in the long run. Like your annual gas bill, your yearly parking bill can reach in the thousands, but sharing a ride with another driver can cut those costs significantly.

Health experts have warned us – time spent in traffic jams are making us unhealthy. The risks of acquiring stress disorders, or suffering a heart attack rises among drivers who spend long periods of time in traffic. Additionally, researchers have found that many of these individuals suffer from strained relationships. The unfortunate reality for some drivers, is a commute that’s unavoidable. If you’re in such a predicament, understand how a simple switch in perspective changes everything. Carpooling puts you in the passenger seat, meaning you can focus on anything else but the road.

A Break Behind the Wheel 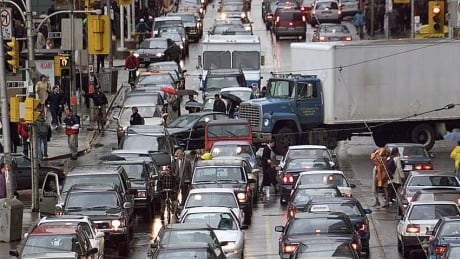 Remember those days as a kid when driving was fun? It all had to do with where you sat – the passenger seat. Your parents may have yelled at the truck in front who cut them off, or complained about the traffic backing up. As for you, your attention was probably diverted to your Game Boy (remember those?) or a library book. The act of letting someone else drive you relieves much stress, and may restore your appreciation for the sights and sounds of the road. As a passenger, you won’t have to make mind-scattering decisions as to whether you should choose an alternate route, merge here (or there), take a side street or question how your life has ended up in such a rut.

Catch Up on Your Hobbies

As mentioned in the previous section, your parents driving you from point A to B allowed you to keep up with your hobbies. The occasional carpool will allow you to do so again. Instead of wielding the wheel, you can focus on those things you rarely have time for. According to TomTom’s fifth annual traffic index, Canadians lose roughly 84 hours a year in traffic, especially in major cities such as Toronto, Vancouver 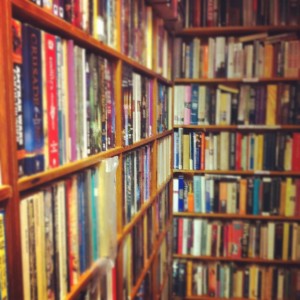 and Montreal. Imagine if you could recover some of that time.  You’d finally find more time to read that novel, level up in Clash of Clans, or take a nap. As a result, you would yourself feel more fulfilled after a long car ride, instead of drained and frustrated.

Some people are shy, while others would like to meet new people. Carpooling is a great practice for both groups of people. You may not be a conversation-starter, but the intimate setting of a car can make it easier for you to open up. Additionally, you could meet an individual who eventually brings much value to your life, whether they become a mentor, long-time friend, talent agent or significant other. When using public carpool services, you may drive along with commuters of all sorts. Such an experience in itself can feel refreshing, especially if your fellow passengers relate to you, or if they are the intellectual or comical type.

Considering the benefits of carpooling, you should look into it if you find your drive is too costly or stressful. You may find it a bit odd and uneasy at first, especially if you’re sharing a ride with random people. But like all activities, you’ll get more comfortable as you keep up with it. You can start with your workmates (or schoolmates), or try public services such as Kangaride or Share Your Ride if you want to meet new people. Regardless of what route you take, you’ll no doubt see some differences in how your commute feels. And those changes will be for the better!