Your bags are packed, and the hotel is booked. And now the countdown begins. You’re about to fly off 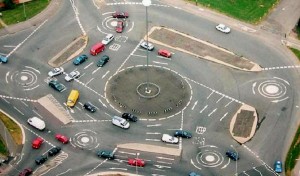 to another country (or countries) that you’ve always dreamed about touching down in. In fact, you sit at work dreaming about the foods, the festivals, the beaches and all the other cool things known to exist in the country. But here’s something to think about: driving abroad. If you are planning on getting behind the wheel in another country, aside from getting your international driving permit, you’ll have to do some thinking before taking off. The liberties you can take on the roads in your own city might not fly (excuse the pun) elsewhere.

1. Know the Customs of the Road

Even though you’re a star driver in your hometown, you’ll probably look like a rookie on a road in another continent. Why? For the simple fact that road rules and customs will be different. In many countries, you have to drive on the left side of the road, as opposed to the right. In other places, the speed limits are considerably higher or lower than what you’re accustomed to.

For example, the speed limit in some parts of Poland and Bulgaria is a 140 km/h (87 mph), while police officers in some U.S. states and Canadian provinces would slap drivers with major convictions at those speeds. There’s also the issue of etiquette. That’s where things get really interesting – in Austria, honking your horn around a hospital can get you a fine. In India, cows that roam the roads have the right of way. No matter how strange the custom or tradition, you need to learn what the locals do. After all, you are not above them or the law (in that country). And it’s certainly not worth getting in trouble.

2. You Must Learn the Roads Themselves

Fortunately, GPS-enabled devices, whether they are in phones or cars are getting smarter. But that doesn’t mean they’re foolproof. There are still many countries that have road systems and infrastructure that’s not yet recognized by GPS. So you could wind up on a road that takes you to some unknown location, a place that you’d really want to stay away from.

And there are other roads you’d want to know of in advance, so that they don’t come as a shock. For example, Bolivia’s Yungas Road (a.k.a as “The Death Road”) is a hazardous route that meanders along tall and steep cliffs, and was named the world’s most dangerous road. That’s something you’d want to know about before driving on it. 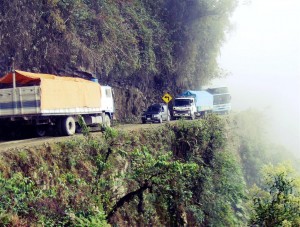 Also, consider your temperament when driving. If you’re easily irritated or flustered, then some roads are best left untouched. The Magic Roundabout in Swindon, Britain, would be such a road. It consists of five-mini roundabouts, in which traffic flows in a clockwise direction; the sixth and inner roundabout carries traffic in a counter-clockwise direction. It’s not for the faint of mind!

But there are also countries with fantastic roads. The Great Ocean Road in Australia (from Twelve Apostles to Apollo Bay) is one of them, and it offers stunning views of the Pacific Ocean. It’s well-maintained, sporting many bends, and has been ranked as one of the best roads in the world. So it’s also a good idea for you to learn about such routes, so that you can have the experience of travelling on them.

Paying at the pump hurts at times. You see how much gas has gone up, but you still need to fill your tank or else you won’t get to work (although you might not mind) – it rarely dips to an amount we can appreciate. Although travelling overseas will get you away from the ho-hum pace of your cubicle, it doesn’t change the fact that you’ll have to pay for gas if you decide to drive. For example, Norway 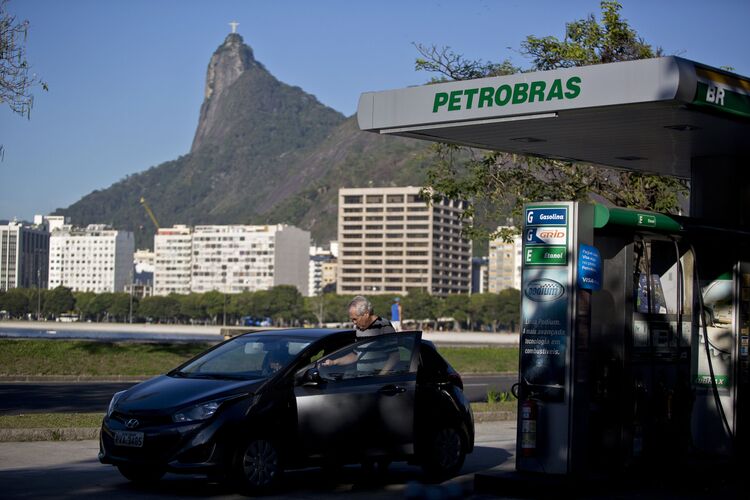 wouldn’t be a country you’d want to drive in if gas prices are of concern. Norwegians have had to pay as much as $9.26 per gallon! However, you’re in luck if you choose to drive in a country like Venezuela. At just $0.04 a gallon, the country is the cheapest in the world for gas (you can fill up your tank for a $1). A knowledge of foreign gas prices will help you make better choices when budgeting for your trip.

One thing that travellers often forget to think about are license rules – no two countries have the same laws. Generally speaking, if you are a licensed driver, you can obtain your international driving permit so that you’re clear to get behind the wheel in any country. But there are always those few countries that slap on added rules, many of which are just strange.

If you identify yourself as being part of the LGBT community, driving in Russia would be illegal for you. A legislation that recently passed made it a law that individuals who of a different sexual orientation, fetishes, as well as those who are considered to be “deviants”, can’t drive a car. Regarding how they would find out about such personal details is a bit mysterious, but believe it or not, it is the law there. Odd regulations of this sort is important to know about, so that you minimize your risk of having to deal with foreign law enforcement.

You should also familiarize yourself with what’s taking place in other countries. Sure, the news is sometimes bleak, but it’s better to know what you’re getting into before going there. And what we’re

talking about here goes beyond the road conditions. Civil unrest, epidemics, natural disasters – these are events you should know about. Roads are often affected by these occurrences since the government in such regions may set up checkpoints or seal off major routes. Again, it’s all about being prepared so that your trip doesn’t take a turn for the worse.

6. Plan out the “Logistics”

Aside from what driving looks like in other countries, it’s important to address some personal concerns as well. One of the first things to think about is whether you should rent a car or find some other arrangement. It would make no sense to bring your car to another country, unless you planned on staying there for several months or longer. Renting would be the realistic option. And then there’s the issue of insurance. Medical costs in some countries are startling, and getting into a car accident in those places could turn into a crisis. That’s why you should check to see what kind of insurance coverage you have or can get while you’re away. Life is uncertain, but you shouldn’t land in a situation that leaves you and your family completely stranded.

Yield to the Ways of Foreign Roads

It is thrilling, cruising on a road like the coastal highway in Amalfi, Italy overlooking bluffs and sparkling blue waters. And driving on the National Route 40 in Argentina with the Andes mountains looming in the background, would certainly remain as a lifelong memory. But these adventures, although worthwhile, shouldn’t happen without planning and understanding. It’s important to know about the risks, laws, customs and conditions surrounding the roads in other countries, so that you don’t find yourself in some sort of dilemma. After all, you left home to escape stress, not experience it. So do your homework before taking off, and safe travels! 😀