Figuring Out What’s Best for Your Kid’s First Ride 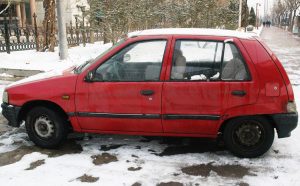 Kids remain kids for a small fraction of life. As toddlers, they spent hours playing with hot wheels or Barbie convertibles but now, they’re asking you for the real deal. It’s somewhat sad yet exciting to see how fast they’ve grown. So you decide to help them. If they can maintain their grades, do their chores and pitch in, you’ll help them buy their first set of wheels. However, there’s the question of whether you should buy them a new vs used car? You know they’d love to drive a flashy sports car, but such an option may not be in the cards. Naturally, you’ll probably buy them a vehicle that’s been on the road for some time.

Age Ain’t Nothing But a Number, Right?


For many people, the age of a car means nothing as long as it’s driveable. If there are no obvious signs of malfunction or defects, they see no inherent problems with driving that particular vehicle. They may be right, but this isn’t always the case. And in the auto world, age matters for most cars.


In the worlds of music and fashion, it’s fine to try clothing or hairstyles from 20 or 30 years ago – it’s all cyclical. Cars aren’t so recyclable. Although some brands have a reputation for longevity, relying on a vehicle that has long surpassed its “glory days” isn’t a good idea. It’s tempting for parents and youngsters to purchase an old vehicle to save money, cut down on high insurance rates – a major issue for young people (25 and under). After all, a teenager who’s anxious to join his friends as a fellow car owner, will pursue the 1990 Honda Accord he can buy for $1000. It’s probably just a paycheck away (if combined with your own contribution). But such temptation shouldn’t override this one important factor: your child’s safety.

An American study published back in December, revealed the dangers associated with driving older cars. Among teen driving fatalities, almost half of them occurred in cars that were 11 years old (or older). These older vehicles lacked many of the safety features that come standard in more recent car models. For example, automobiles manufactured over ten years ago don’t have electronic stability control and side airbags, putting their occupants at greater risk for serious injury or death if accidents occur. The takeaway for both parents and teens, is to avoid buying a “clunker” for the sake of initial savings. Even if you were to save money at first, the danger of driving an unsafe vehicle would still remain. Additionally, the cost of having to constantly repair an aging car will render your initial savings, making it pointless. 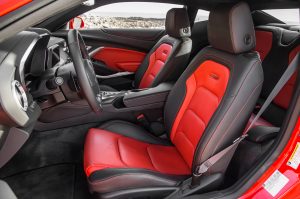 Understanding the risks of buying a car that’s too old, some may assume that it’s better to buy a vehicle that’s brand new. It would certainly be a treat to your son or daughter. Also, you could trust a new vehicle to provide your kid with the safety and reliability they need. The caveat, of course, would be the costs. An auto loan would be the way to go, but you would have to keep interest charges in mind. A newer vehicle could also bring on burdensome costs by means of insurance premiums, and having a teenaged driver doesn’t help. It’s also important to remember adolescent/young adult psychology here. Some new cars with high horsepower may tempt a few young drivers to push the limits, and such behaviour can lead to costly or deadly consequences. So buying a brand new car isn’t necessary. Unless you want to really want to gift your kids with a fancy new toy, you can still explore a third option.


When caught in the new vs used car dilemma, consider purchasing a car that’s not too new, neither too old. Such advice may seem subjective, but there are guidelines for this. Ideally, buying a used car that’s two – three years old would be your best choice. There are several advantages for buying a vehicle in this age range.

Toddler-Aged Vehicles and their Benefits


For many families, the most challenging aspect of finding a car for teens, whether it’s a new or old one, is paying for it. That’s why so many young people are willing to pick up the cheapest vehicle they can find. As mentioned earlier, however, resorting to a “clunker” isn’t the wisest choice. A used car that’s only two or three years old might still be too expensive for some families, but there are ways to make things easier for them.


The admonition given in this post is to choose a used car that’s two or three years old, if you’re buying for your teenage (or even twenty-something) son or daughter. However, you shouldn’t look at it as being carved in stone. Some brands manufacture vehicles that are truly built to last, and have a reputation for needing few repairs even as they age. So don’t fear you are making a bad decision if you pursue a car that’s four, five or six years old. This is especially true if your budget still doesn’t allow the purchase of a vehicle that’s less than three years old. Whatever you decide to go for, keep in mind that your child’s safety, and the reliability of their car is of prime importance. Making those considerations a priority means much more than saving a few dollars.

If your kids want to buy their first car, help them out by speaking to one of our credit advisors for the best auto financing rates. We’ll help you find the right car for the best prices available!