Is it Risky Getting a Subprime Auto Loan?

If you have recently fallen off the “good credit wagon”, picking yourself back up and heading in the right 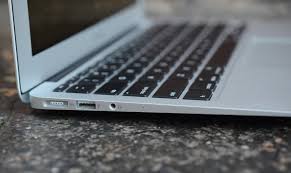 direction is tough. Things will change rather fast. Your financial freedom is the first thing to take a hit, and one way this manifests is when you’re looking for a loan. A few years ago, getting a prime loan was a piece of cake. Now, it’s seems like it’s off limits. Your only options now rest in the subprime territory – a place you’ve always hoped you’d never go to because of the perceived negativity and stress. Maybe you’ve wondered if it is even a good idea to go with a subprime lender or not. After all, everyone has their opinions about them.

It’s natural for you to do some online research before getting involved with something for the first time. So you probably spent some time learning about subprime loans. But you may have noticed something. There are several headlines on Google that say something to extent of, “Subprime crisis” and “Subprime lending bubbles” and people being “Vulnerable to subprime car loans.”

All of those titles are turn-offs. They give lenders who offer any financing that’s non-prime a bad name, as if they are villains of some sort. Part of this is to be blamed on how recent events have shaped the way people view these kinds of loans. The subprime lending mortgage crisis, not car loans however, was part of the cause of the 2008 – 2009 recession that hit the U.S. and affected other economies worldwide.

People also tend to make negative assumptions about those who go for subprime loans. Generally, there’s a mindset that individuals who go for this kind of financing are the same folks who make bad choices with their money. Although there are some who do, that’s not the reality for everyone. Many people who are in this category have experienced some difficulties in life, making their financial situation less than ideal. You could be among them. That’s why it can be offensive to know that people who haven’t had any such issues are just judging you without really understanding your situation. As a side note, some people who qualify for prime rates aren’t very responsible with their finances. 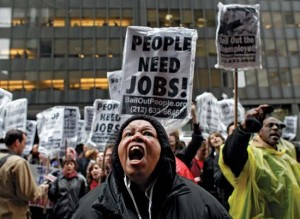 From what was said in the previous section, it’s quite clear that people see non-prime loans as a bad thing. In fact, they are looked at as a manipulative method used by banks to hook people who are already in financial straits. But that’s not the case. These kinds of loans are tools for recovery, allowing people who have poor credit to get back on the right track. They do have their limitations (which we’ll discuss later on), but they aren’t designed to “hook” you into some backhanded way. And if you already have the desire to get your finances back in a healthy place, you’ve already won half the battle. A subprime loan can be like a helping hand that improves your credit score.

Rebuilding your credit is a matter of having the right mindset. When you speak to a lender, especially if it’s for a non-prime loan, they will remind you about the importance of using this loan as a means of improving your credit score. You want to go into such a loan with the mindset that every payment you make will add to the improvement of your credit score. With that said, here’s what you need to remember:

Two Sides of the Coin

As mentioned earlier, there are pros and cons to choosing a subprime auto loan when looking to buy a car – a reality that is present with all types of financing. It’s important that you’re aware of what they are before seeking approval for such a loan. Learning about both the upsides and downsides will make it easier for you to decide whether this kind of financing is right for you or not. After all, it will be a long term commitment.

Like all things, subprime auto loans have their advantages and disadvantages. However, to say that

they’re bad or dangerous even, it’s untrue. There are people who follow traditional advice, going for the prime loans and credit lines which are viewed as ideal, and end up having money troubles in the future. On the flip side, there are many households who do very well with subprime loans, going on to rebuild their credit and the lives they once enjoyed. The same can happen for you. As long as you’re committed to improving your finances, you can count on these loans to work as tools to help you re-establish a good credit score.