Is Travelling Abroad the Answer on How to Get Out of Debt?

Wouldn’t it be nice if life actually came with a restart button? Let’s say you’re in debt. You’ve got an auto 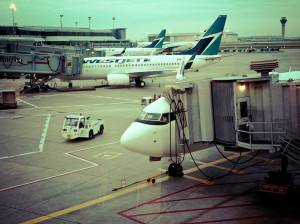 loan, a mortgage, credit card debt and outstanding student loans, and you don’t know how you’re going to pay for all of it. If that’s the case for you, anything that seems like it can wipe the slate clean is welcome. In fact, some of you may have thought of moving to another country as the answer on how to stay out of debt. After all, who’s going to hunt you down if you live thousands of miles away, especially if you live across an ocean. It turns out, however, that crossing borders doesn’t give you immunity when trying to stay out of debt.

Are you one of the people who dreads going home after work? Perhaps after a long day of work, you probably have to return to a familiar scene we can all relate to – mail on the table, all stamped with your bank and name on them. More bills and debts. You might even get the occasional phone call to remind you that a payment is due. You get into fights with your significant other, lose sleep and think about how you’re going to pay the bills even on your downtime.

So you decide that things have gone too far. You have a chat with your spouse to brainstorm what you can do as a family to find a way out of debt. And you decide as a whole, that travelling to a new country might be the way. Perhaps you have relatives living somewhere else, and think that it can be a good move to get away from the stresses of debts, whether it be from your car ownership, home ownership or business costs. In effect, you’ll be hitting the reset button.

But there’s a problem. Moving abroad isn’t like the movies where simply packing your bags and hopping on the next plane means you’re untied from the financial burdens you carry. They’re still there, and the foreign governments which you may rely on to keep you “shielded” can always find out about your past.

You might think that lenders won’t chase you once you cross the border, and that may be true. But lenders are just the small fish. There are much bigger beasts out there, and they are organizations such as the Canadian Revenue Agency (CRA), which still hold you responsible for the debts owed. In other words, your “footprints” remain visible. In fact, there have been many reports where Canadian citizens who live abroad, discover they owe the government in taxes. Of course, failing to pay these taxes would lead to serious consequences. 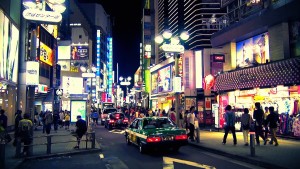 And there’s another thing to consider here – technology. In previous decades, you probably could slip through the cracks by travelling to another country, with debt to your name, and not facing any penalties. Not now. Your personal and financial information can easily flow between governments, meaning that your new country of residence may have access to your financial past and credit profile.

So is the Move Worth it?

With the points listed above, you might wonder if it’s even worthwhile to move to another country. The answer is, it can be. But to arrive at a clearer answer, you have to take a good look at your circumstances. You first have to look at what’s causing your troubles with paying off your debts. Is it a particular lifestyle you’ve sought out for yourself? Or did you lose your way somewhere along the line because of unexpected events? The other thing you have to consider is how much debt you’re in, and how you plan to pay it off. Are you buried in debt and unsure of how you’ll reduce it? Or are you in control of your situation, aware of how you can reduce your debts quickly?

Generally speaking, if your debts are the result of wanting to live a lifestyle, then making a move to another country might be a good idea. Also, if you’re confident that paying off your debts won’t be too much to handle, provided you have a plan, then moving to another country might help. That’s certainly true if the cost of living (which we’ll address shortly) is less than where you are now. However, moving abroad because of overwhelming debt can be a bad idea. You won’t escape what you owe in your current country, and you might only add more expenses by travelling. Remember, it’s not cheap moving to another country!

Think Before Taking Off


There are quite a few things you’ll want to consider before moving abroad, if you decide to do it. It’s not as simple as buying a big screen T.V. You’re literally uprooting yourself and your family from the place you’ve been comfortable for years. That alone makes such a trip hard. But you also have to look at the expense of doing so, and how it can already make your debt problems worse.

What to Think About

Packing your bags and jetting off to another country may seem like a great escape from debts. But it’s not. If you’re thinking of leaving your homeland as a means of totally ignoring your debts, then you might as well stay put – you won’t be off the hook! You might fly far away only to find yourself in a deeper hole, where you not only have to deal with existing balances, but also, the additional costs of living in a foreign land. So be careful before buying that ticket! It’s okay to temporarily move to another country where the cost of living is lower since it can make it easier to pay off your debts. But always look for alternatives if the move is nothing more than an act of desperation. There are other answers on how to stay out debt, even if they aren’t immediately apparent.