The Ripple Effect: Avoid it By Learning How to Build Good Credit

You’ve most likely heard about the “domino effect.” One thing in life topples over, and everything else 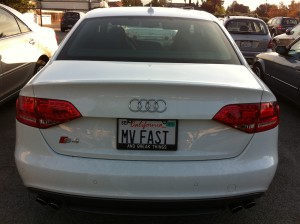 comes crashing down. On a more optimistic note, one good deed or event could trigger a chain reaction of other occurrences that are positive. When it comes to credit, a domino effect can occur both in a good or bad way. A good credit score will make it easier to carry out any transaction, while a poor one will make things harder. Many people find that their credit has gotten in the way of their ability to achieve other milestones in life. You might feel the same way if your profile isn’t the greatest. But there are ways around it. If you learn how to build good credit, you can keep other aspects of your life from taking a hit.

A Rock in the Pond

Remember skipping rocks across ponds as a kid? Maybe you were one of the skilled ones that was able to get many bounces before they eventually sank. But you certainly know what it’s like to have rocks sink right in – they create a ripple. Think of your livelihood – that is, your finances/credit, goals and responsibilities – as that pond. At the edge of it all is you, and the rocks you throw are the decisions you make. When it comes to your spending habits, you want those transactions to skip across that pond without sinking into your life and causing turmoil. If you can’t do this, you’ll start to feel the effects in other areas of life.

One of the things that gets really difficult with bad credit, is securing a loan. It reigns true for all types. Whether you want a car loan, business loan or want to refinance your mortgage, a less than stellar credit score will make it difficult to acquire financing of any kind. You might have heard of that magic number that is the cut off for prime loans and subprime rates – if it’s 650, that’s correct. Of course, not all creditors are the same, and some will have varying numbers (for example, cut-off for some companies is 620). The lesson here is to think about the possibility of needing a future loan every time you make a transaction. If your payment history suggests you’re not good with credit, you’ll have a hard time getting assistance for the bigger purchases.

In most cases, employers are spending time looking at your personality and credentials, rather than your credit. But that doesn’t mean they won’t check it. In fact, some companies do. It may seem unfair and in a way, it is, because many hard-working and responsible people face difficult circumstances. For example, someone who was unemployed for a while may have accumulated staggering debt – which they were unable to pay for – resulting in damaged credit. However, for some industries, it makes for employers to run credit checks. These include jobs in the financial industry. It`s important to stress that most employers won’t look at your credit, but it’s a possibility nonetheless. This one may come as a surprise to some of you, but it’s actually common practice. Remember the last time you bought a phone? For some of you, it has probably been a while so you don’t recall this, but your provider did run a credit check before approving your contract. So yes, your credit score can affect your ability to get a phone. It’s not the worst consequence, but it can be a problem considering how disconnected we can feel without them now. But here’s something to think about – if a phone company declined you because of bad credit, there’s a strong possibility that you’ll have the problem with other aspects of life. So don’t take it lightly!

Hopefully, the man or woman of your dreams doesn’t ask for a credit check shortly after a proposal! It’s

safe to say that no one does this, and financial difficulties may not stop two lovebirds from getting married. However, it’s important to keep in mind that your credit score can affect your partner’s, and vice-versa. So if you have a great score in the 700 – 800 range, and your partner has one in the 500 range, creditors may find a median number. That score may exclude you from the prime rates you really want.

Prevent Your Credit from Sinking

Fortunately, you can avoid all the troubles mentioned above by regaining control of your finances. Like all challenges, it will take some effort to overcome. But learning how to build good credit will yield big rewards in the future.

After reading this, you’ve hopefully come to an understanding of how bad credit can send “shockwaves” throughout other aspects of your life. These effects are even greater if you’re in a state of transition, or on the verge of achieving a particular milestone. And that’s why you want to do everything in your power to keep a healthy credit score. You deserve to live the life you want, where you have the freedom to do the things you want to do with the people you love. Make that possible by taking charge of your financial health. By doing so, you won’t have to suffer with crippling credit issues that millions of people have to endure.