What Does Canada’s New Fuel Efficiency System Mean for Drivers?

Last year, the government of Canada approved a new fuel consumption testing system to begin with 2015 model cars and light trucks. The system follows a similar measure passed in the United States some seven years ago, and is designed to reflect current on-road driving conditions in Canada. 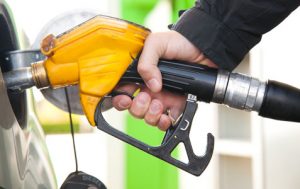 The new testing method (5-cycle testing) will supplement the standard 2-cycle system (looking at only city and highway driving), by integrating three additional test cycles, factoring in air conditioner usage, cold temperature operation, and driving at higher speeds with more rapid acceleration and braking. The new system will give drivers a better understanding of a vehicle’s on-road fuel consumption habits, which will prove to be a vital factor when purchasing a vehicle.

Toyota, which is already known throughout the land for its highly fuel efficient vehicles, produced a short clip illustrating the new 5-cycle system:

What Does This New System Mean for Drivers?

The new fuel efficiency testing system will measure fuel consumption more accurately, as it will reflect current real-life driving conditions. Whereas Canadian drivers have complained about their vehicle’s fuel efficiency being nowhere near as effective as advertised by the car dealerships that sold them, the new system will introduce drivers to a fairer, more complex and more detailed method of testing fuel efficiency.

By factoring in the aforementioned new measurements, new vehicles in 2015 will be more intelligent and provide a more realistic portrayal of fuel efficiency, offering drivers a better understanding of what vehicle will suit their driving needs. This way, consumers will be increasingly confident in their choice of vehicle, because they’d be more aware of its fuel consumption ratings.

As Toyota explains in its adorable ad, fuel efficiency is a major factor when considering vehicle ownership, or when buying a new car in general. With Canada’s newly integrated system, unexpected fuel costs will become less of a stress-factor for drivers, and projected kilometres per litre are set to fall by 10 to 20%. Topped off with the lowest gas prices we’ve seen in years, 2015 seems poised to be a very inexpensive year indeed. Furthermore, according to Driving.ca, the new system will take over from one that was apparently “completely out to lunch,” and one that failed at informing Canadians about how much they’d be spending on gas per year depending on what vehicle they own.

The blog also notes, however, that this new 5-cycle system isn’t entirely flawless either. For example, regarding the highway test already in effect, it factors in an average speed of just 59 km/per hour, way below the average highway speed in Canada. This is an indication that the new efficiency ratings may be better utilized as a guideline to compare between two vehicles, but not to be taken literally. This, however, poses a problem for many Canadians who believe everything they read, see, or hear:

“When the average consumer walks into a showroom and sees a number printed on the window of a car that says this new machine is going to cost less per year to operate than what he or she is currently spending, then they’re not being told the truth. What’s more, car manufacturers are given leave to proudly boast of these inflated numbers. ‘The new 2014 Toyota Scroogeon Plus burns just 3.4 L/100 km combined!’ Not without a tailwind it bloody doesn’t.”

In a nutshell, you should certainly consider a vehicle’s fuel efficiency ratings when shopping for a car, but don’t allow that figure to be your only deciding factor. If you’re shopping with bad credit, we implore you to visit us at Auto Loan Solutions, where we specialize in providing affordable auto loans for people who’ve found themselves with a poor credit rating, or no credit at all. With an inventory of over 5,000 vehicles, we can have you pre-approved for a car loan within minutes, and have you on the road in a vehicle that’s right for you in no time.

In any event, once you have made up your mind on what vehicle you’re buying, you should always remember that there are several habits you can implement as a driver that may help you consume less fuel this year, which will ultimately save you money.

1. Remember to accelerate gently! Each time you accelerate hard, you’re consuming more fuel. If you live in the city, remember to gradually and easily use the accelerator whenever you can.

2. Observe the speed limit/maintain a steady speed. Tests indicate that if you frequently change  speeds from between 75 km/h and 85 km/h, you could wind up spending 20% more on fuel each year. Cars, trucks and vans all save on fuel when travelling between 50 and 80 km/h. Something to think about.

3. Remove excess weight. If you’re hauling cargo on the roof of your car, your increasing its wind resistance, and lowering your car’s fuel economy. If you’re carrying an extra 100 pounds in your vehicle, it reduces your kilometres per litre by almost 3% worth of gas.

4. Anticipate traffic whenever you can. While most of us don’t have access to the innovative car periscope as seen in Curb Your Enthusiasm, we can still do our best to anticipate road disruptions and monitor the movements of drivers and pedestrians around you. These techniques could help decrease your vehicle’s fuel consumption.

5. Coast! Anytime you're decelerating, try to apply tip #4 as often as possible, so you can decrease your speed before you get to a red light. This is a great fuel-conserving tip that you can always use if you stay alert!

If you follow these tips, and other budget tactics, you should find yourself saving more money this year, or be able to pay off your debt and reestablish your credit. If you're interested in some other success stories, make sure to check out our Facebook page! Our community members are constantly posting tips about driving, financial advise, etc.
❮❮ Back to blog
Apply Now
Search Our Blog
Categories
Related Articles