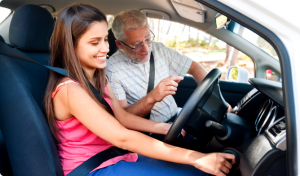 We’re sorry to say this, but a driver’s license is just a piece of plastic. Think of it like a diploma or degree. It looks awesome on your wall and resume`, but it doesn’t make you an expert at the career you want. That’s why they say you learn more in the first two weeks of the job, than you do in two or more years of school. Likewise, your license is just a reward for passing a test. And here’s where the problem lies – you’ve got a ton of people who pass these examinations without actually picking up good driving skills, and that leads to a wave of half-competent drivers out there. Spare yourself the trouble of being among them by choosing a professional driving school in the first place.

The Dark Side of Driving Schools

Anyone of you who’s ever searched for a martial arts gym, acting workshop or university program knows how tricky it is. A lot of these “schools” just want to take advantage of you. Heck, even your doctor, dentist or chiropractor needs a thorough investigation before selecting them. Your choice of driving school shouldn’t be any different. Remember, a lot of these guys are out to snatch new drivers like yourself since they know you’re after the perks that driving schools offer (such as lower insurance rates).

Back in March 2013, a report emerged in the Toronto Star about driving schools bending provincial rules. Some of the instructors highlighted in the piece, offered in-car lessons without approval from the province, or ran secret programs aside from the schools they were authorized to work in. Anne Marie Hayes, the president of Teens Learn to Drive who was mentioned in the report, stated, “Schools that are not approved are completely unregulated.” She also added, “There’s no guarantee the instructor can drive safely, let alone instruct or protect a student.” This could very well be the reason why some driving students are hitting roads, when they really should be taking the bus.

Embellishing the truth is an act that many businesses commit, including driving schools. There’s an increasing number of driving students complaining about their “smoke-and-mirror” experiences with schools. For example, the course curriculum might say that students will learn a particular aspect of driving, but no such lessons are offered. If they are, it might be minimal. These schools are often like the ones mentioned in the Toronto Star report – “pop-up” shops that have no certification, making them illegal. There are also those schools that are legitimate, but engage in “shady” practices on the side. Fortunately, negative reviews for these schools often appear online, and serve as a warning.

There isn’t really a standard price to charge students in the province of Ontario. With that said, there are some schools which are criticized for their high rates. The price a student has to pay largely depends on the school’s reputation and services. Nevertheless, you have to be careful when choosing a school, because the fees you may have to pay could overshadow the instruction you’ll receive. It’s like going to a five-star restaurant, eating a bland meal, and then having to drop almost $100 on the bill (plus a tip). The only difference here, is that you’ll have to spend this money upfront, and it’s likely going to cost much more than $100. 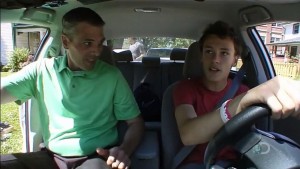 The honesty of a driving school isn’t the only reason why you have to be guarded. You’ve gotta watch out for instructors themselves. Some of the “professionals” who may jump in the front seat with you, could make it hard to get a license because of their personality. Or they could be too lenient, and just give you one when you’re not ready. Whether they mean well or not, these instructors are doing a disservice to their students, and you certainly don’t want to be one of their pupils.

The golden rule says to treat others as you’d like them to treat you. So naturally, that would mean not cutting others off, driving carelessly or making erratic turns. However, these behaviours could become second nature to you if a poor instructor takes you under their wing, making it important for you to choose wisely from the beginning. What to ask before entering a driving school

So how do you choose a professional driving school and instructor? It may seem like a difficult task, because you can only say good (or bad) things about a course if you’ve enrolled in it and had lessons. But there are plenty of ways to find out if a school is right for you.

What to Look for When Contacting a Driving School

There’s a Lot at Stake

Choosing the right school is more than just appealing to the ego. It’s about your well-being. How so? Well, think about the money first. You’ll pay a good deal of cash for the more reputable schools. That’s why your money needs to go to the people who will actually teach you how to drive well. Additionally, there’s the element of time. Why waste time at a school that teaches you bad habits or nothing at all?

But the most important reason for choosing good instructors is for your own safety. Until driverless cars take over our roads, the safety of our roads will depend on the competence of drivers. Without a doubt, you would like to keep yourself, your passengers and other motorists safe. By choosing the right school, you’ll end up with an instructor who teaches you the skills to do so.