5 Ways Driverless Cars Will Change the World for Better

Fiction is now fact. Autonomous cars are rolling out in road tests on asphalt (or concrete) near you, and they’re part of a new agenda – supported by various entities (ie. government, auto industry, tech sector) – to make our cities a better place. That last bit may seem corny, but there’s substantial evidence to show that driverless cars can change transportation and lifestyles for the best. If you’re not convinced about robots chauffeuring us around, or think it’s the start of a Terminator-like uprising, we’ve got some points to share with you. Self-driving cars are actually here to make your life easier.

Imagine jumping onto the highway without slowing to a halt. Imagine living in a city labelled as being one of the worst for 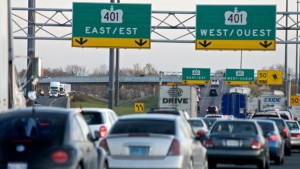 traffic, now free of congestion? Driverless cars can make that happen. Authorities believe that the majority of autonomous cars on the roads will be taxis, making the need for individual car ownership nearly obsolete. Some researchers have suggested that only 30% of regular cars may be needed on the road. Essentially, commuters will rely on carpooling and public (semi-private) transportation much more. Naturally, there will be less of a need to own a car, bringing the level of traffic currently seen in major cities down to a more acceptable level.

There are many people out there, living with disabilities, and can’t drive because of these challenges. A physical or mental infirmity can force a person to rely on public transit, and that in itself may be difficult. However, self-driving cars can change things around. These cars will allow people to get around conveniently, without having to put strain on themselves. For the elderly, people with chronic illness or even temporary injury, a driverless car can get them from point A to B without having to depend on a bus or train that may be uncomfortable for these individuals. This is something that many people are looking forward too. The World Health Organization (WHO) predicts that traffic accidents could be the fifth leading cause of death among humans by 2030. That’s a grim report. Hopefully, autonomous cars will dampen that number. Researchers are convinced that technology in self-driving vehicles will improve road safety, making accidents less likely to occur. One reason for this stems from soon-to-be standard ability of cars “talking” to each other – a feature that Toyota will include in the Prius.

With cars able to communicate with one another, there will be less human error (although machines can fail too), and concerns such as driving under the influence of sleeping pills or alcohol won’t matter since humans won’t be in control.

If the autonomous revolution reduces the number of cars on the road, that means significantly lower levels of emissions in the air. Automobiles are one of the biggest sources of environmental pollution, and they’ve even been blamed for contributing to the deaths of people directly (see Volkswagen diesel gate scandal). As city populations grow, there will be a ton of new drivers buying their own cars, and their presence on the road will add to the emissions that scientists and health officials are already so concerned about. Fortunately, this is a problem we could reverse if more people embrace and share self-driving cars to get around, rather than buying their own.

Perhaps you’re a reader, or like playing Candy Crush or you like to sleep. However, you can’t take public transit to work for

whatever reason. A self-driving car could be the solution to your dilemma. Imagine being able to sit in the driver’s seat of a car, as it drives you, able to watch Orange is the New Black on your tablet or catch some Zs. That’s a possibility that autonomous cars present to city dwellers. There are studies out there that show how much time people waste in traffic, and what they could use that for. Well, if a car can drive you, then you’ll be able to do those activities behind the wheel without getting a distracted driving ticket.

If you’re not sold on the idea of having driverless cars roam the roads, perhaps you should take a look at the inconveniences in your own commute. You’d most likely admit that something about your daily travels could improve. There’s a good chance that if there is some inconvenience in your commute, an autonomous car could eliminate it. And that’s significant since most people spend a ton of time in traffic. Will self-driving cars have problems? Certainly. There are kinks that manufacturers have to iron out before these cars become mainstream. But it’s still hard to deny how much they can improve urban life in the years to come.