4 Easy Steps to Repair Your Car Without the Stress Pt. I 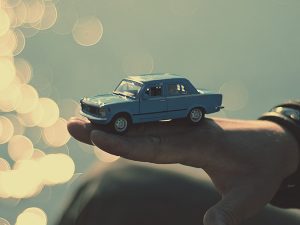 Let’s be honest – if you’re not a greasemonkey, maintaining your car can sometimes feel like rocket science.

So we’re gonna make your life easier. We snipped the best advice from around the web to sum up everything you need to know about auto repair.

If you ignore 99% of what you hear elsewhere and follow just these rules alone, your car will keep on kicking even if it takes a licking.

To know when to bring a car to a mechanic for a fix often leads to confusion. Some people rely on old-school advice. For example, they might hold onto the belief that they must change their oil every 3,000 miles. Others will argue that you don’t need to change your oil so often, only when the “change oil light” comes on.

And then there are fixes that don’t have particular dashboard symbols to warn you. Repairs like these rattle the nerves, and the resulting stress confuses drivers even more as to what choice they should make.

Are you one of these folks? If so, here’s a car maintenance schedule full of helpful advice from TheBalance, which will guide you on when you should make certain repairs.

Remember, this car maintenance schedule serves as a guideline, not a set of hard rules, and the required care for your car could differ. Referring to your manual (more on this later) or visiting your dealer will clarify what you should do and when you should do it. You can find almost all answers on how to maintain a car from these sources. Nevertheless, vehicles of various makes and models share a schedule of repair and maintenance tasks similar to the one above, and yours might too.

What’s so good about a “logbook”?

There is no right or wrong “look” for your logbook. It can take the form of a basic spreadsheet, sort of like what you’d do for your finances, or it can look “pretty” if you’ve got some design chops.

We suggest keeping it simple so that you don’t put too much energy or too many hours or too many dollars into it. Take a glance at this logbook, created by contributing writer for TheBalance, Erin Huffstetler. It’s simple, it’s stylish, and best of all, it’s printable for your own use.

You can expand on this list by adding other categories such as starting/ending mileage as well as where the repair was made and who made it. And of course, it’s the 21st century, so make it digital if you’re not into paper. You can choose from a selection of apps that keep track of your mileage, all of which come with some cool features that a written logbook surely wouldn’t have. So don’t scoff at the idea of a logbook. Whether it’s a sheet or an app, tracking your mileage will cut out the uncertainty that comes with auto repair, and you might finally feel like you’re on top of things. And isn’t that how you want to feel considering you’ve got so much to think about already?

3. Get a Second Opinion Before Spending

Like a doctor’s misdiagnosis, a mechanic’s “findings” may be the wrong one. So you do as the cliche says, and you take that mechanic’s word with a grain of salt. We’re not saying they’re all frauds or amateurs, it’s just that they’re making a judgement call, and being human, their judgement calls are sometimes wrong.

It is forgivable. But the consequences of not questioning a diagnosis can put a hole in your budget, create a problem that doesn’t even exist yet, and throw you into a tailspin of stress.

Rule 1 – Never fix a car if the cost to repair it is higher than its current value. If the repair costs are higher than the car’s value, you might as well buy a new one.

So think about the age of the car, as well as its value, before letting a mechanic under the hood. This is crucial if you’re approaching a new mechanic, or have recently repaired the part they say needs fixing.

Of course, if you have a good relationship with your current mechanic or your car is making a terrible rattling noise for example, then listen and don’t give them a hard time.

Rule 2 – Visit another mechanic or at least shop around if you have doubts about your car’s diagnosis. Remember, mechanics although they are experts, can make mistakes.

Some may overstate or understate an issue, or fix something that didn’t need a fix in the first place. Also, they may quote you a cost that’s too high, whether they mean to or not.

To avoid these issues, it’s smart to see another technician. Do this especially if you are a new client to the one you first saw, or if you have a gut feeling that he or she is wrong.

The search for a highly-rated mechanic is not always an easy-as-1-2-3-process, but there are a few steps you can take to make it seem that way.

Rinse and repeat this process until you find the best reviewed and most affordable auto mechanic near you. A second opinion can save you from spending thousands of dollars on a repair job that was unnecessary, as well as its headaches and its regrets.

You’ve damaged your car in some way unless you can prove you haven’t. This isn’t an insult neither an outrageous claim. It’s the assumption that you might have a bad driving habit because most of us have at least one – or more. So in a way they are normal. But they’re not at all helpful as they can wreck the most expensive car parts, leading to huge repair bills and major inconveniences.

1. Accelerating too suddenly, too fast

Sudden accelerations deliver a one-two punch of damage to your car and your wallet. Speeding off like a race car driver puts strain on your drivetrain components, which once damaged, costs a ton of money to fix.

And the hard braking that usually follows to slow down after a quick start leads to faster wear-and-tear on your brake pads and rotors, which again, isn’t cheap to fix. Besides the repair costs, sudden acceleration burns more gas and therefore, more cash. So the lesson here is this: hit the pedal slowly, don’t floor it!

Having to slam the brakes to prevent a rear-end collision, as we mentioned in the previous section, wears out your brakes faster than normal. It’s hard sometimes to avoid this in bumper-to-bumper traffic, but you should make the effort to avoid tailgating and hard braking anyway. You definitely don’t want to spend money on premature brake replacements, ticket fines or insurance deductibles for a rear-end collision.

3. Driving on a near-empty tank

Unless you’re seriously strapped for cash, avoid driving on less than a quarter tank of gas. Such a low amount of gas leaves the fuel pump exposed, when it should instead be submerged in fuel to stay cool.

If you’re always driving on a quarter tank or less, the exposed fuel pump will sustain more heat damage, resulting in an earlier and costly fix. So do your budget and your fuel pump a favour by spending a few extra dollars to keep your tank filled.

4. Driving around with a full trunk

When your car is so packed with bags that they start to cover the back window or sink the car closer to the ground, it’s a sign that you carry too much luggage around. All that extra baggage weighs down on your car’s drivetrain, suspension, and its brakes, causing them to wear out faster. And you’ll burn more gas too, carrying the excess weight. And hey, if your car is always full, it’s either time to start travelling light or to buy a bigger vehicle.

Gear shifters, especially in manual transmission cars, can sometimes take a lot of abuse from drivers, which leads to problems. The habit of resting one’s arm on the shifter, for example, puts strain on the transmission bushings and synchronizers, resulting in faster wear-and-tear.

Putting an end to these habits will take some time and you might occasionally find yourself slipping back into your old ways. But the effort to break them is worth it. You will preserve some of the most costly parts in your car, and save money on more frequent expenses such as gas.

Given the time it takes to invest yourself in learning about proper car care, it might feel like a battle trying to learn everything there is to know. If you’re not careful, you might just confuse yourself with information or opinions that only makes it more complicated.

But the four principles mentioned in this post will make your car maintenance ten times easier. So put them into practice. They are designed to make car repair tasks easy to plan for, which will in turn will save you money and keep your car running for miles and miles to come.

Stay tuned for our next post that discusses four more tips on how to make your car maintenance simple and stress-free.