We all love car ads. Even though their images are exaggerated, confusing and occasionally offensive, we all have to admit that we’ve bought or at least considered buying a car due to advertising. The problem, however, with many car ads, like much of the world’s adverts, is how misleading they are. Although it is true that it takes a gullible person to believe everything an ad says, some of them are mightily convincing. In fact, some of the ads we’re about to show you often present information in such a way that anyone could fall for their trickery. So don’t underestimate their power. Even the seemingly normal ads, ones without talking animals, scantily-clad models or celebrity endorsements, can mislead buyers.

NOTE: Most of these ads are American, but they still hold valuable lessons for Canadian car owners. 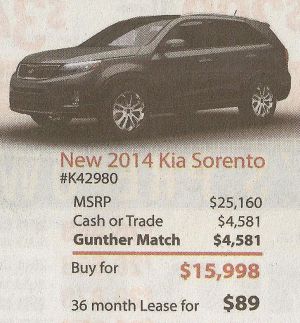 This 2014 Kia Sorento ad looks like a clipping from a newspaper, perhaps what you’d see in a classified section. It presents buyers with an irresistible payment of just $89 a month. But a closer look at the ad’s phrasing reveals how deceptive this deal is, and how it is nothing more than a worm fixed to a fish hook for unaware drivers.

Fees that Slip by With Ease

You’re not looking at three car ads here, but rather, just one. This 2016 Chevrolet Cruze ad would look like any ad without the red underlining. With that said, there are plenty of hidden clauses that most people wouldn’t notice, and they add extra costs right under your nose.

Tesla Shocks Us by Telling a “Fib”

Test driving a Tesla felt quite exclusive at one point; you had to join a waiting list to give one a trial. Yet still, their online ads make their cars rather accessible, claiming to offer financing options at just $500 a month. But those claims have led to much controversy and investigation.

Why these claims are exaggerated 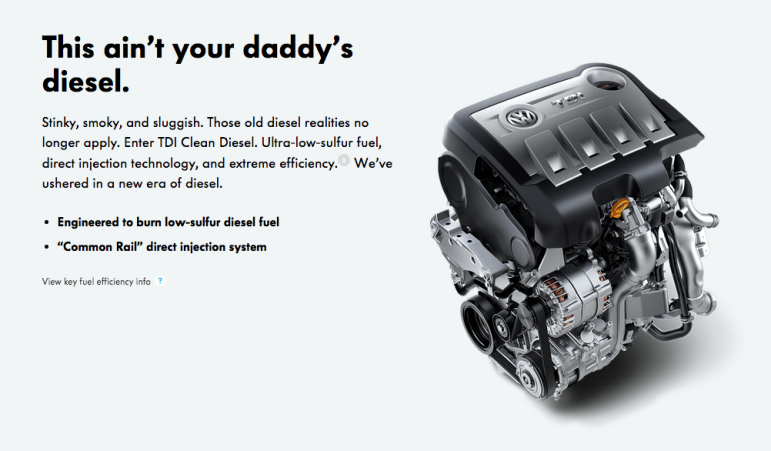 The Volkswagen diesel scandal is pretty much irrelevant these days, but we can’t forget the history of their ads. Throughout the years, the German auto giant has emphasized the purity of their diesel emissions in much of their advertising. Of course, recent events have brought the truth to the surface, turning the brand into a target for those who are more than happy to file lawsuits.

The truth behind VW’s advertising With the steadily rising costs of gas, drivers are more concerned about fuel economy than ever. So naturally, automakers will build and advertise cars that deliver more miles per gallon. Unfortunately, many owners of these cars are disappointed. The 2013 Hyundai Elantra is a good example of this, and many buyers were outraged when they realized they weren’t saving much money at the pump at all.

Fuel for a fire

Not to be Taken at Face Value

Advertising tends to stretch reality to some degree, and though it is accepted, there are limits. But many of today’s car ads trick buyers altogether. They do so by means of deceptive wording, omission of details and even blatant lies, playing on the emotions of buyers. You obviously don’t want to be a victim of such ads. If you see an ad that seems to fall into the “too good to be true” category, then follow your instincts and look elsewhere. Or if you’re just unsure of an ad, do your research and get additional opinions on their claims. Ultimately, you’re better off buying a vehicle from a brand or dealer that has a history of positive testimonials and reviews.