A Long Haul: Why Auto Financing Lasting More than Five Years is Risky

There are more options than ever before for people looking to buy a car. If you’re one of the few

fortunate people out there, you can buy one outright. You can also lease a vehicle but even more popular is the option of bad credit car loans. Generally, car buyers go for the a 2 – 5 year plan, which gives them time and space to pay for their vehicle without too much financial strain. However, that range is now stretching into much longer periods of time. And there is much controversy about the wisdom (or lack thereof) in applying for such loans. So the question arises, should you accept a long term car loan? The answer isn’t so clear cut, but it’s worth knowing some of their risks.

Depreciation versus your loan

There’s an often forgotten factor that people need to consider when choosing an auto loan. That’s the issue of car depreciation. Remember, a car, whether it’s new or used, depreciates as soon as it leaves the lot. Of course, every vehicle is different and some are known to retain their value better than others. But it’s an inevitable reality for all cars. Essentially, your car’s value as an asset will drop dramatically, while the loan – a liability – starts to increase thanks to interest. This is what the term “upside down” refers to, when people use it in discussions about car loans.

Car loans are a great way to build credit, but they can work against you. Many people don’t realize that the length of a car loan can lead to a lender labelling you in a way you don’t want to be seen. For example, in some cases people who are in a loan for more than 60 months, may come across as irresponsible in the eyes of lenders, because it shows that you need an inordinate amount of time to pay off your loan. Ideally, you want to pay off your car loan early if possible since taking too long can hurt your credit score in the future.

Here’s the other factor- interest. The accumulation of interest, when spread out over longer periods of time, will ultimately lead to a higher “amount owed”. In other words, you will pay more money in the long run. The problem with long-term loans, is that they offer a false sense of affordability and for that reason, lure people into buying them. But the irony in all of this, is that these individuals are actually spending more than what they would if they had chosen a loan with a shorter term. This is a reality for you to consider if you think a plan lasting more than 5 years seems advantageous. 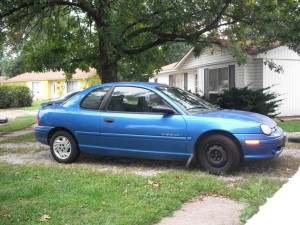 You know how people use expressions like, “40 is the new 30”? Well, in the world of auto financing, it’s safe to say that we can use similar expressions. “The 72-month plan is the new 60”. That’s six years. But if you think that’s long, think again. 84 month plans (7 years) are a lot more common than they used to be. And the even more absurd 96 month plan, an 8 year sentence, is now the getting more popular. As mentioned in the previous section, banks and lenders are offering these terms to people who aren’t factoring in the realities of compounding rates. These poor customers don’t realize the fallacy of their choices until they are a few years into their payments.

Despite the disadvantages of long-term loans, more Canadians are resorting to these plans to pay for their vehicles. Back in 2010, the average length for a loan was 63 months – just a little over 5 years. In 2014, that number stood at 71 months, which is one month shy of 6 years. And now the popularity of the 84 month term is on the rise in Canada. There’s a long-term loan epidemic just south of the border too. In the U.S., the national average for a car loan stands at 67 months, although 1 in 4 new loans last 73 to 84 months.

Should you accept one?

With what’s been said about long-term loans, the question arises – “should you accept one”? The answer is not clear cut. It depends on your financial savvy and car ownership habits. For example, a longer term can benefit you if you find a low interest rate, possess good credit, and have the habit of keeping cars for a long time. However, this is where previous financial history and personality can interfere with things. If your credit isn’t the greatest, your interest rate is too high, and you have difficult life circumstances, then a long-term loan isn’t a good option for you.

Reasons why people are accepting them

Imagine being a single parent who can barely make ends meet. Your job, which may be hours away by 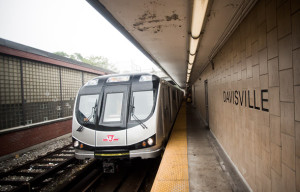 public transit, is only accessible if that person has a car. A typical 3 or 4-year term just might not cut it. However, the 6 or 7 year loan might seem more manageable – at least on the surface. So that’s what they choose. You could face a similar situation, or have other unique circumstances. If that’s the case, you no doubt understand how challenging it is to be in need of a car, but only able to afford one if it is stretched out on a long term. When combined with the exaggerated claims by banks and some lenders, people who struggle financially are more likely to accept them.

If you’re considering a long-term auto loan, consider the risk factors mentioned above before proceeding. Depending on your circumstances, you might be in a good position to apply for one, but it may also be like a risky move. So approach with caution. You should never succumb to debt and financial problems because of a loan. Rather, it should always work in your favour, improving both your credit and giving you flexibility for making car payments.