Dying Breeds: Will Modern Cars Mean the End of Our Mechanic Skills?

It’s no secret that modern cars are more high-tech than ever. So much of what we used to do is now done by the car itself, whether that means parking (self-parking) or trying to avoid getting totaled by some maniac (crash detection). And as we all know, cars will fully drive themselves while we sit back and relax. But that won’t necessarily bring a perfect world. For those of you who have an appreciation for mechanic skills – whether it’s your own or your mechanic themselves – concern over how useful they will be might linger in your mind. After all, they seem outdated if car parts are going to be so computerized.

In years past, fixing a car was a very “hands-on” job, requiring a working knowledge of car anatomy, manual dexterity, an 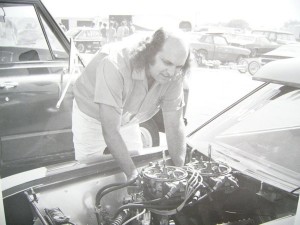 understanding of auto repair tools and attention to detail. It was pretty much an art. The classic image of a young man in his 20s or 30s underneath a car comes to mind, (although we know many women are just as excellent if not better) especially from movies, posters and actual visits to a mechanic shop. Back then, and we’re talking as recently as 5 – 10 years ago and beyond, car parts were built in a way that made it necessary for mechanics to check and service them every so often.

Now, cars are doing their own work. You have various components in vehicles that run self-checks, alerting you when you need to make certain changes or repairs. If you’re driving a newer vehicle, just look at your odometer. At any moment, you might see as many as three or four different symbols and lights flashing, informing you about the condition of your car. And you now know that there are many repairs that only a dealer can fix, which the mechanic can’t or won’t touch. With the amount of code in modern cars, we can actually call our vehicles computers on wheels.

If you’ve been watching the news and reading blogs, you’re most likely aware of the push for having more self-driving cars on the road, meaning auto repair will change drastically. It won’t take driverless cars alone to bring the shift. Electric vehicles (EVs), hybrids and even conventional cars are all getting more sophisticated, and the toolbox of yesterday will have little use on the new generation of vehicles. What does that mean for up-and-coming mechanics? They’ll have to stay on top of technology. The skill of wielding tools will start to take more of a backseat to the skill of reading and adjusting codes. In effect, we’ll start to view auto repair more as a mentally demanding job, instead of a physically taxing one.

Despite all what has been mentioned so far, the complete disappearance of mechanical skills isn’t going to happen anytime soon (if ever). They way we use them has changed, and they’ll continue to evolve. But the need for mechanics who can fix today’s modern cars will always be around, and that means you can still flex your DIY muscles in the years to come. With that said, you’ll probably have to deal with a few head-scratching moments.

A Different Set of Tools

Got a wrench, screwdriver and pliers? Great – they might sit in an exhibit one day. A sign may read “…were used to unscrew

covers, giving mechanics access to engine components.” And our descendents will marvel at our “stone-age” technology. In reality, that’s a bit of an exaggeration, but it does show where we’re headed. Currently, there’s an increase in the use of more advanced tools. For example, just about every mechanic uses a series of elaborate tools, such as a code reader and laptop, whether they’re performing diagnostics or actually tweaking a computer’s settings in the car itself. It makes sense that these devices are now staples, due to fact that modern cars are so advanced. However, the important thing to remember here, is that there will still be a need for mechanics to use these tools.

Auto repair itself will be more automated, but we will still need mechanics. Basically, mechanics and “robots” will have to work together to fix the new generation of vehicles. Although there will be fewer auto repair shops around, we’ll still see mechanics working at dealerships – the establishments we’ll have to rely on to get our cars looked after. With that said, the roles they assume and tools they use (as mentioned above) will look different from what we have seen in the past. The mechanics working at these dealerships will likely start to be more like engineers. They’ll require a vast understanding of how cars function, working with the preprogrammed software and components found in the vehicle.

Some of you are avid grease monkeys, and “popping the hood” is a tradition that you’ve kept up with from a young age until now. Perhaps, you saw your parent, sibling or uncle spending hours fiddling with the engine, and that sparked an interest in DIY car care for you too. Wherever that interest came from, you probably refuse to accept that the time will come when you can’t fix your own car. There will be some things you won’t be able to address on your own, but there are several aftermarket tools that you can buy which will work on modern engines. And if you’re a serious car enthusiast, the sight of electronic parts won’t deter you from doing what you love.

Things will change for the mechanically-inclined. But it doesn’t mean grease-monkeys and mechanics are about to face some sort of extinction. Sure, the tools that we’ve grown accustomed to seeing in an auto repair shop will start to look different. The corner “car fix” shop that you were used to driving by may not stay open for business in the years, but that doesn’t mean all mechanics will be without a job. And yes, what you see under the hood will look more like what you’d see from the Transformers, but there will still be opportunities to make your own repairs. Technology will merely change the way we approach the automotive car as well as other aspects of life. And if you’re willing to adapt, you’ll be just fine.