How to Catch Curbsiders Before they Catch You 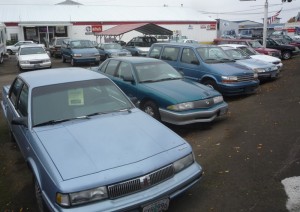 you’re desperately looking around for a good deal. So you do your research, and it turns out fruitless, because no one is selling the car you want for a reasonable price. But then you find your big break. There is a classified ad you see online, and they’re selling cars much like the one you want for a price you can actually afford. Without hesitation, you jump on it. There is a catch, however – this awesome deal has been posted by a curbsider. If you’re not careful, cupid’s arrow will make you fall so deep in love with the “deal”, that you won’t see the signs of fraud behind it all.

In the 21st century, you’ll be hard-pressed to find a person who’s truly, 100% patient – unless they recently returned from the Himalayas after spending time as a monk. Due to social pressure, personal ambitions and the age of “instant” everything, the idea of waiting for some things doesn’t ring too well in the mind. The same is true for those buying cars. Young drivers, new drivers, and those who are tired of standing at bus stops, want a set of wheels right away. Throw in other people, such as those who live far from work, or single parents who have a million errands, and you’ll see an ocean of people who are desperate for a vehicle. It’s easy to see why cars have turned into a source of stress for society.

Curbsiders know this all too well. They understand that the majority of car buyers today are living a hurried life, and will take shortcuts if necessary to get the things they want. These dishonest sellers  disregard industry standards, while emphasizing the discounts that drivers can enjoy. In other words, they’re masters of hiding in the open. There are guidelines set in place to give aspiring car owners a heads up on phony sellers, but these fraudsters still get away with scams on a regular basis. You’d think that they’re using some kind of advanced technology, but they’re not. They’re using the same tricks that they’ve always relied on.

A Clash of Interests

When desperate drivers and curbsiders meet, disaster is just waiting to happen. It doesn’t always come true (especially if the shopper receives timely warning, which we’ll discuss in a bit), but many people have become victims of fraud because of their dealings with phony car sellers. The results can be tragic – drivers take home a car that’s a ticking time bomb of problems. To make matters worse, the vehicle comes with no warranty, leaving the driver stuck with a car that will rapidly turn into junk metal. The real tragedy is that these experiences are avoidable.

As mentioned earlier, curbsiders aren’t really doing anything different in terms of tricking people. Technology has improved, and these fraudsters are certainly taking advantage of it, but the tactics they’ve relied on for decades remain largely the same.

2 Main Tricks of the Trade

How to Find and Avoid them

So what’s the key to spotting and stopping a curbsider from defrauding you? It takes a good pair of eyes (and ears) to see through their tactics, and your powers of observation will need to be sharpened. Most importantly, you need to know how curbsiders behave. Some of their practices were listed in the previous section, but there are other signs to look out for as well.

Profile of a Curbsider 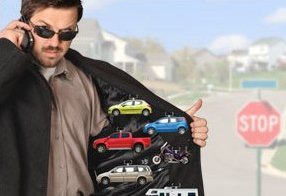 If you notice any of these signs, or even just have a bad gut reaction, there’s a good chance that you’re dealing with a curbsider. And if that’s the case, don’t go any further with them. You don’t want to take chances with your money, and more importantly, you don’t want to drive a damaged vehicle that could put you and your family in danger.

Kick Phonies to the Curb

To say that all private sellers are curbsiders would be a gross exaggeration. There are many people out there who really want to sell you a good car for a decent price. And these individuals often make themselves very transparent, working on a policy of honesty. It’s not hard to spot the truthful sellers. Unfortunately, however, there’s also a great deal of fakes out there, and they’re bent on reaching decent people like yourself, with the hope of stealing your hard-earned money. Watch out for them.

If you can tell they’re hiding information from you, run! Remember too, that no private seller brings the expertise that a licensed dealer has. So if you’re ever in doubt, they’re the ones you’ll want to approach. Even if they don’t offer the price you’re looking for upfront, you can always negotiate with them to reach a deal that works for you.