Near Hits: 5 Vids that Prove the Power of Alert Driving

Every time you sit behind the wheel, you’re taking a risk. In fact, you probably arrive at your destination, whether it’s work, home, the mall or some special occasion, without giving thought to what you may have escaped on the road. Some people aren’t so lucky, however. A routine drive can end in a car collision, leading to the loss of their vehicle and time spent in a hospital. And then you have those who are extremely lucky – these are the folks who narrowly escaped tragedy in one piece thanks to defensive driving techniques. Their stories highlight the importance of alert driving since remaining focused on the road is why they’re still around in the first place.

A9 Road in Scotland

A drive along a country road with some good music can really set you in a positive mood. But it can also serve as a setup for a near-heart stopping event. Such is the case for Jim McLaughlin, a fruit and vegetable merchant, who was driving along the A9 in Easter Ross, Scotland.

Calling it a close-call would be an understatement. McLaughlin is fortunate to have been driving beside grass, which ultimately brought him to safety. Truck drivers who make wild turns like this is not uncommon, so it’s always wise to maintain some distance from them if possible.

Riding a motorbike can provide some serious thrills, and it can change your perspective of the road. But it also brings its fair share of close calls. Ryan Evans, an experienced rider, was moving along highway 9 in Manitoba at 100 km/h, when a car in the oncoming lane pulled into his lane to overtake a slower moving car. Watch it unfold below.

After seeing this video, it should be noted that he’s fortunate to have been on a bike. Also, he’s lucky to have maintained the distance he did from the oncoming car. Clips like these show the importance of anticipating what drivers in the oncoming lane may do.

I – 95 near New Brunswick, New Jersey

Driving in wet and icy weather is never fun, and puts added risk on everyone occupying the road. You might not even want to think about what you’ve endured. But it may not compare to what one driver on the I-95 in New Brunswick, New Jersey almost experienced. Watch it below.

His reaction is chillingly calm and somewhat humorous (“Have to go, got more trucks behind me”).  And it’s even more frightening how it would have been the second crash involving a tractor trailer in the same spot. It’s important to be careful when driving on icy roads. But NEVER spend too much time trying to capture dramatic footage when you should be moving out of the way. Hopefully, the driver had no problems sleeping that night!

The winter months are brutal, because even the safest driving can turn hazardous, even deadly. A phone camera caught a dramatic scene on an icy road in Wisconsin where a pickup truck lost control, crossed a median and spun out into an oncoming lane.

By means of some higher force or random luck, there was no collision. But here’s the interesting side of this video – the driver of the other vehicle was able to swerve around the truck, and still managed to come to a controlled stop. This is an example of how driving alert can avoid crashes and injuries.

If you want to talk about extremes, you’ll find it here. You probably remember the tragic crash of Air Taiwan back in February. The video footage and images are surreal and haunting. Although much sympathy must be given to those onboard and their families, it’s important to realize how traumatizing the event probably was for those on the road at the time.

This is the epitome of a freak accident. It’s very difficult to react calmly in such an event, but the driver of the vehicle was able to move slightly, so as to avoid getting hit by flying debris. No matter what you’re faced with, trying your best to stay in control will almost always improve your odds of sustaining minimal damage and injury.

Lessons Learned from a Dashcam

Watching these videos can be hard to watch, especially for those who are already somewhat nervous behind the wheel. But they can teach everyone some important lessons. The biggest one is the importance of remaining alert and remembering and using techniques for defensive driving if possible. These actions can save lives.

You’ll hopefully never have to deal with treacherous road situations such as the ones listed above. They 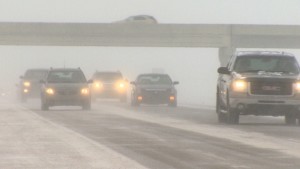 can indeed be terrifying. Fortunately, the likelihood of an extreme encounter such as the Taiwan plane crash are slim to none. With that said, the other incidents you saw on video can take place even if you’re driving in the safest way possible. What will keep you unharmed is your ability to remain alert while driving at all times. That’s why you should try your best to learn these maneuvers. You will be able to steer away from sudden danger, and arrive at your destination in one piece as always.