Part Swap: What do You Choose When Your Car Needs a Fix

In the auto world, few things are agreed upon. Everyone has their own opinion when it comes to a 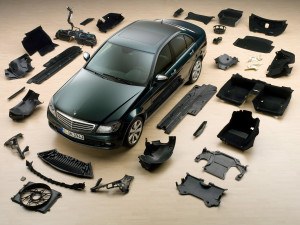 particular car design, engine size or fuel economy. But there’s another topic that seems to get everyone riled up. It’s the subject of choosing car parts when they need a replacement. These fixes are inevitable – they’ll happen sooner or later, and it’s important for you to know what is the right kind of part when the time comes. But that’s where the problem lies. If you know the time to replace a certain part is around the corner, deciding on what you’ll swap it with can turn into a dilemma.

A Catalogue of Car Parts

Generally speaking, there are three types of auto parts: genuine, OEM and aftermarket parts. There are also other kinds, including rebuilt, refurbished and used parts. There’s a good chance you’ve heard these distinctions before. If you haven’t or need clarification on them, you’ll find more detailed explanations below.

Genuine auto parts are the original components installed in your car when it was brand new. They are typically the most expensive of all parts, giving many people the impression that they are superior. This isn’t always true (we’ll elaborate on this later). Another thing to keep in mind is that genuine parts, although labelled as a product from your car’s manufacturer (you’ll find the logo on the box), are actually made by another company.

The term OEM is an acronym for Original Equipment Manufacturer. OEM parts are basically built on the same line as genuine parts, and have the auto maker’s stamp of approval. Many argue that these parts are the better buy since they cost less than genuine parts. 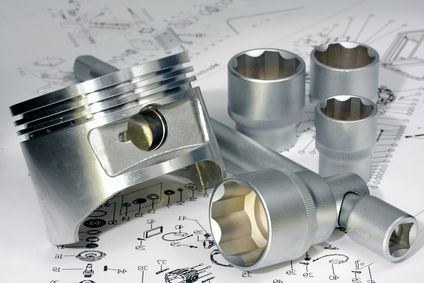 These kind of parts are made by another company besides the original maker. Companies who make aftermarket parts purchase the rights to produce parts for other car brands. They may look a bit different from genuine or OEM parts, but they still fit and perform as if they were the original thing.

At its core, a rebuilt auto part is basically a used part that was fully dismantled and refitted with new components. Afterwards, the part is tested to guarantee that it works as well as a new one. These parts typically perform just as well as newer components and in most cases, last just as long.

Refurbished parts differ from rebuilt parts in how they’re treated before use. Typically, they’re used parts that aren’t dismantled, but rather, cleaned and slightly modified. These minor fixings may include things like nuts, bolts and gaskets. The one shortcoming of these parts, is that they are likely to have a degree of wear and tear on them.

Also labelled as “recycled”, used parts are often a cheaper alternative to the parts listed above. They are great when replacing car components that generally don’t break down too fast. That includes things like door trims, handles and mouldings. With that said, they’re not suitable for all replacements. It’s wise to stay away from used parts when replacing things that are related to safety or performance issues.

So as you can see above, there are six options. That probably doesn’t make things much easier for you, but at least you’re not confined to making one or two choices. However, there are some deciding factors that will make it easier for you to choose the right type of part for your vehicle.

Age of your vehicle

The age of your car is one of the main factors that determine what type of parts will go back into your car. For this very reason, mechanics and dealerships will recommend certain components, based on whether your car is new or not. If you’re driving a brand new car, it makes sense to go for a genuine part since your vehicle is most likely under warranty. A car that’s more than 3 or 4 years old will benefit greatly from an OEM or aftermarket part. You can also use rebuilt or refurbished parts on a car that has passed its warranty age.

Type of part (that needs replacement)

Choosing a particular part also depends on what you’re replacing. Common sense would tell you to rely on the most sturdy parts for big fixes (think transmission, engine parts etc). Genuine, OEM and even aftermarket parts are the best choices when dealing with major replacements. For small items, refurbished or rebuilt items can work as good substitutes. Used parts are acceptable too, but you have to realize that they’re not good for certain tasks. As mentioned earlier, used parts aren’t the greatest for critical components involving your vehicle’s performance, safety and/or efficiency. More wear and tear could make them a little less reliable.

The amount of money you have to spend is probably the biggest factor that will determine what parts you pick. Ultimately, it’s about value. There’s no doubt in mind that you want to pay a reasonable price for a reliable replacement. A genuine part is almost always reliable, but you might pay more than you need to (when compared to OEM or aftermarket parts). Used, rebuilt and refurbished parts may come at far lower costs, and they are worth spending on if the fix isn’t critical. OEM and aftermarket parts are almost always on par with genuine parts for reliability (sometimes better), without the high costs. Again, the nature of your fix and the age of your car will determine what part you choose in addition to its price.

The Verdict? Open to Circumstance

Ultimately, there is no right or wrong answer when choosing a type of part. It’s all about choosing a component that will provide your car with ideal performance, while saving you money at the same time. Don’t fall for the myths that genuine parts are the only reliable option. Also, recognize when used or refurbished parts will not be the best option for your vehicle. By taking these factors into consideration, you’ll find it easier to narrow in on the right choice for your car.