Why You Shouldn’t Hesitate to Buy that “Green” Car

A lot of you are looking to leave less of an impact on the environment. In other words, you want to live a lifestyle that doesn’t 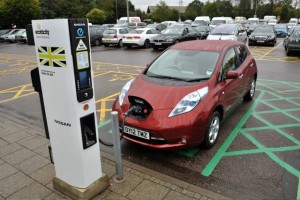 harm nature, whether that means polluting it, or abusing its resources. And that’s admirable. For some of you, that means putting a solar panel on your roof. For others, it is not using certain cleaning chemicals in your home. And then there are those of you who want to take it easy on nature by driving environmentally friendly cars (a.k.a, green cars). If you’re among this group, then you will be glad to know that there are plenty of benefits for making such a vehicle choice.

Some people may call you a tree-hugger, making derogatory statements about your concern for the planet. But that’s silly. We’re all sharing this blue marble, and it’s not like some sci-fi movie where we can just relocate to some other planet – Earth is all we’ve got. With that said, we have to take care of it, and that means paying attention to our daily habits. Driving is no exception. There are some sobering statistics to show the impact that pollution is having on our society. 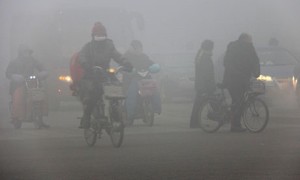 It should be noted that car emissions alone aren’t responsible for these numbers. There are various other sources of pollution as well, especially what comes out of factory smokestacks. However, there’s no doubt that your average automobile is adding to the “gunk” we’re breathing in, and it’s not helping. And while the majority of people are overlooking the issue, there are plenty of people who are concerned about it, and willing to make changes in their own lifestyles. If you’re among them, it’s important to remember that there’s a huge community behind you.

The advancement of technology in new cars has gained serious momentum, and that means there are even more options than ever before. And not only is there more to choose from, they’re becoming more affordable and versatile. Buying a car that’s environmentally friendly is no longer a chore.

You’re most likely starting to see more of electric vehicles (EVs) on the road now. An ultra-cool brand in the EV market is Tesla. They have transcended the previous look of older electric vehicles, combining eco-friendliness, high performance and sleek design. But they’re top of the line. There are several other automakers who are producing electric vehicles, that not only look and perform great, but are also reasonably priced (we’ll list some in a bit). Some drivers are concerned that there isn’t an adequate network of electric charging stations, but that’s rapidly changing now that they’re becoming more popular in major cities.

Even more popular are the hybrid cars. Just about every mainstream manufacturer on the planet has built a few hybrid cars, and they’re great choices for people who want environmentally friendly options. These cars, as you know, make use of both regular fossil fuels and electric motor components. And they’ve got plenty of cool features too. For example, hybrid cars will switch from gas to electric when idling, which does double duty in terms of reducing emissions and cutting down fuel costs (which we’ll elaborate on later). 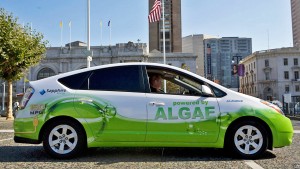 Not all eco-friendly cars are electric or even hybrids. Many of them are conventional cars, that use fuel in unconventional ways. A prime example of this are vehicles that run on a mix of renewable fuels, namely biofuels (but also hydrogen fuel), in the form of ethanol, vegetable oils, and methanol. Biofuels have numerous benefits, including higher engine performance, reduced emissions, and health benefits (less polluting). Not only do these fuels benefit car performance and the environment, they’re leading to economic growth in the countries who produce them. So far, the use of these renewable fuels are global, and are readily used in many countries, including Canada, USA, Brazil, Argentina, Italy, Israel, Australia and Thailand.

Taking Your Foot Off the Gas

The Alternative Fuels Data Centre published an article which highlights the differences between conventional cars (those powered by regular fossil fuels), and those that are electric or hybrid. It detailed these distinctions in terms of the amount of emissions (carbon dioxide (CO²)) they released and the cost of gas.

You probably have never owned an electric or hybrid car before, so choosing from a wide set of options might seem overwhelming. The good folks over at Business Insider composed a list of this years best eco-friendly cars. If you’re considering a “green” car, then you should give this list a glance.

The Road to a Cleaner Tomorrow

It’s fair to say that you’ll do no wrong by choosing a green car as your ride. Of course, it can be a bad choice if you can’t afford to pay for it. However, if it doesn’t strain your budget or compromise your lifestyle in anyway, then going the “green” route is a choice you’ll most likely never regret. There are financial advantages as well as personal benefits. But even more importantly, you’ll contribute to a healthier planet since your eco-friendly vehicle will release a lower amount of emissions. So if you’ve been thinking of making a “green” car your next choice, strongly consider it. Provided you’ll have no problems affording it, you’ll have no regrets!