3 Mindset Hacks on How to Manage Your Debt Problems

A financial app, a financial advisor, or even a financial book can’t save you from debt – at least not by themselves. Your mindset is your one, true lifeline. So if your thoughts aren’t right, you’ll forever stay in that cycle of living paycheck-to-paycheck, borrowing money, or worrying about your credit.

Anyone can learn how to manage debt problems if they choose to, but they have to believe there is a way out first, something that many financially-challenged people fail to remember. So how do you see your situation? Do you truly believe that reducing your debt is a possibility? Or does it seem more like a fantasy to you?

Unless you’re honest with yourself, you’ll never see the potential flaws in your thinking that keeps you in debt. But if you’re willing to do so, as painful as it may feel, you’ll put yourself on the path to debt elimination fast. How do you start? You look inward, truthfully answering questions about your attitude towards money.

1. I believe that debt is a part of life that no one can escape.

2. I can’t save money and live comfortably at the same time.

3. My friends have no effect on the way I spend.

4. There are certain things I should own or be doing at my age.

5. My financial situation won’t improve even if I get rid excess possessions.

For those of you answered mostly “True”, you likely have what’s known as a “fixed” mindset. Don’t take this as an insult, but it means you don’t believe in change or improvement very much. In your mind, what you have is what you have to work with. It’s a manner of thinking that can take the form of someone assuming that they can never improve their level of ability, intelligence or talent (or in this case, their finances). It’s actually quite depressing to think this way.

For those of you answered “false” for most of these questions, you most likely have what’s called a “growth” mindset. You’re the kind of person who doesn’t rely on luck, genetics or “handouts” to make it in life. You accept your situation and work with it, knowing that you can always do better no matter where you start.

The concept of growth vs fixed mindsets are outlined in many books, one of them being Malcolm Gladwell’s book, “Talent is Overrated”. Even though they’re often used to show the differences between talented people and those without extraordinary abilities, they can help you understand the importance of thinking correctly if you want to manage debt problems.

Here’s how this stuff relates to your finances. Your thought process, mindset, attitude – whatever you want to call it – shapes the actions you will take. Remember, people tend to act on things they believe they can do. The reason why so many individuals feel stuck in their ability to overcome obstacles comes from unrealistic expectations.

In terms of reducing debt, that could manifest in a ridiculous goal like wanting to see a $10,000 balance vanish in a week. But that’s like thinking you’ll go from being scared of swimming to Michael Phelps’ (Olympic swimmer who has won more medals than any other athlete) level of skill with just 4 weeks of practice. Fixed mindsets exist because we look at the end goal, rather than the little steps along the way. To enter the growth mindset, you have to tell yourself that debt is something you CAN escape, providing you’re willing to develop the habits that will get you there.

The late Jim Rohn, entrepreneur, author and motivational speaker, once said that “you are the average of the five people you

spend the most time with.” It’s not an exaggeration. Some people have stronger personalities than others and may naturally resist temptations from their friends. But no one is immune to negativity.

There’s a social psychology concept out there known as the “Herd Mentality” (a.k.a crowd psychology), which says humans, when thrown into groups without a sense of direction, copy each other’s behaviour even if it’s dangerous. It relates to the high school way of thinking, “everyone is doing it”. And that mentality is the reason why so many people have such heavy debt.

Going back to what Rohn said about friends, it’s vital to remember that your closest associates influence your buying habits. This can go both ways. The effect can be negative; friends may dine and drink excessively, and buy expensive game consoles to play online with each other, expecting you to do the same. If you don’t have the fortitude to say no, you can easily find yourself in the red.

The opposite is true as well. When you spend time with friends who encourage you to save money, practice frugal shopping or give you tips on how to invest, their good habits are likely to rub off on you too. 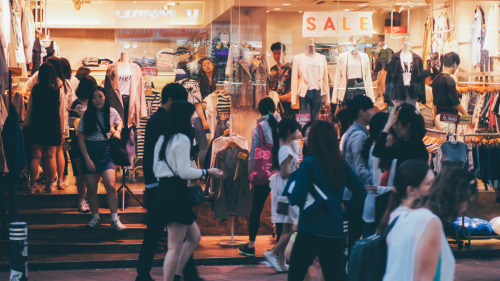 Over the years, there has been a trend that emphasizes minimalism. It’s a hit in the design world, and it’s now a thing in music and business. But it’s also a trend in the aspects of finance and lifestyle. Not every movement is worth following, but minimalist living has some important lessons for you to follow.

Think of your finance as a hot air balloon and your expenses as heavy crates that weigh it down. In reality, the weight limit a hot air balloon is roughly 250 kg/430 lbs . So imagine stuffing it with people and a ton of heavy objects – it couldn’t reach it’s intended height. Financial freedom is like a high altitude. The more weight (expenses) you can do away with, the higher your balloon (financial stability) will rise. And that’s where minimalism comes in.

Minimalist living isn’t about sleeping and eating in a tent or the backseat of your car (minimalist living can be expensive if you buy the wrong things). It’s about making the most out of having very little. Additionally, it requires you to remove the things that would have no effect on your life if they were gone – a list that’s actually very long.

Even celebrities and wealthy individuals have embraced the concept of having little, because they recognize there’s less stress and costs when you don’t have as much crap laying around. It doesn’t take scientific formulas to understand that having to pay for less, means more money can go towards your debt. And you don’t have to feel deprived.

Watch, the late comedian George Carlin give a brilliant monologue on the concept of having too much “stuff”. (Warning: Strong Language)

Debt is a Frame of Mind

Just about everyone will encounter some form of debt in their lifetime. But the difference between those who stay in the red and those who pay off their liabilities, boils down to mindset. Rich people have gone broke and stayed that way because they didn’t have a sound mind to begin with. Poverty-stricken people have amassed great wealth and kept it for life, despite coming from a background where money was scarce. By adopting a healthy thought process, you will discover how to manage debt problems, as opposed to letting them control you. And eventually, you might turn into one of the many success stories of people who got closer to their financial freedom.