5 Reasons Why a Car Dealer Gives You Anxiety

Buying a new car may now rank as the most stressful shopping experience humans endure. In a 2014 survey, a significant portion of Americans felt more anxiety about buying a set of wheels, than they did tying the knot. How does a day with a car dealer compare to those time-stopping moments walking down the aisle? They don’t. But even though many of the study’s participants may have exaggerated, there are plenty of reasons why buying a car in the 21st century puts us on edge.

An overabundance of choices can induce what’s known as “analysis paralysis”. It is a mental state marked by anxiety and confusion, which is the result of complicating an otherwise simple decision. When bombarded with advice from salespeople, family members, friends and members on forums, it’s likely that you’ll harbour conflicting thoughts about a vehicle, especially if you’re not a car junkie to begin with. It gets hard to choose. Basically, you turn into the proverbial kid in a candy store, whose parents tell them to choose ONE item from shelves stacked with colourful jelly beans, lollipops and gummy bears. 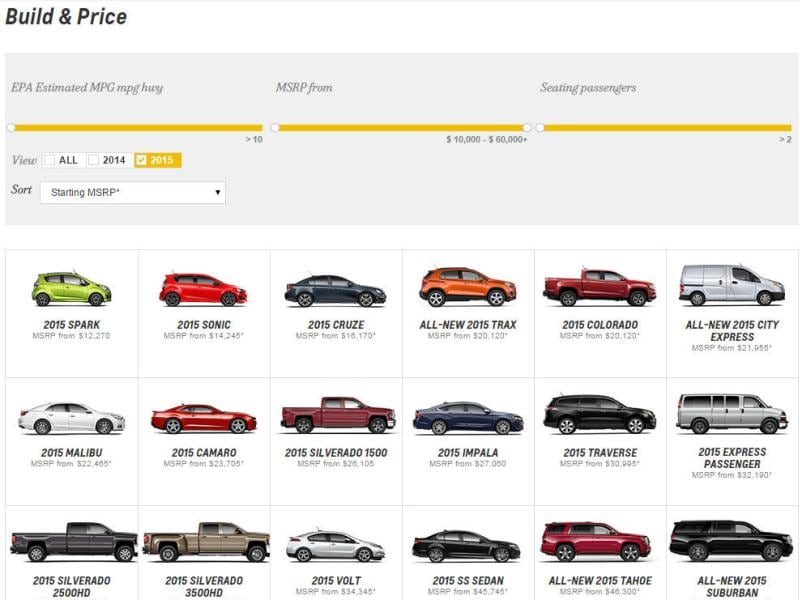 For example, 17 year-old (as of December 2015) Sierra Fiacconi of Sudbury, Ontario detailed her own struggles when buying her first car. “It was a frustrating few weeks”, Sierra admitted, “I was bombarded with information and opinions from lots of friends and family.” Her experience is common. With so much technology in cars, design options and variations among car models, choosing the right wheels on your first try can feel overwhelming.

Closely related to the concept of facing too many choices, is the concern of making the wrong ones. Enter buyer’s remorse. It too is a psychological state where the feelings of guilt arise after buying a product, leading a person to feel that it wasn’t the right choice. Accompanying this guilt, are thoughts regarding the motives and practicality of the purchase. One can tell themselves, “I doubt I’ll be able to pay this off anytime soon,” or “I should have waited for the next model”, or even “I only bought this to “show up” the Joneses”.

Buyer’s remorse isn’t a big deal if you’re dissatisfied with some cheap beer you don’t like, but the feeling is heavier if you don’t like your car. But for those of you who drive a car you like, doubting whether you made the right choice can still hover over you like a black cloud. A 2009 survey conducted by Ipsos polled 1,000 people, 886 of whom had bought a car and explained what their biggest regret was. The results are as follows:

If you have any one of these regrets, it’s likely that you’ll do whatever you can to avoid making the same mistakes. Therefore, that would naturally give rise to a fear of buyer’s remorse.

Choosing a car and its features can bring about the jitters, but it’s not the only thing that gets buyer’s nerves firing. The act of 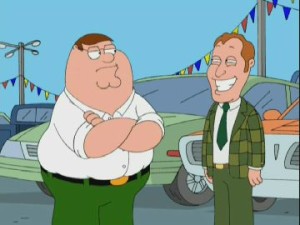 negotiation is often the main source of showroom anxiety. It’s not uncommon for buyers to feel that salespeople are out to take advantage of them, even if the notion is completely false. The stats show that buyers experience a significant amount of stress when negotiating car prices, especially among female buyers. On average, women pay more than $1,353 than men do for their cars.

We tend to avoid negotiation for various reasons. One of our biggest motivations, is to avoid the feeling of vulnerability that comes with it. Opening up to a salesperson, perhaps, admitting your concerns or asking questions you may feel is silly, can make for a shaky negotiation. There’s also that fear that our expectations may get violated. For example, you could set a goal to haggle a car price down $1,000 or so, but fear that the salesperson will deny your plea. That pessimistic outlook can make the idea of negotiating seem too daunting to try.

4. There’s a lot of gibberish Size four font, strange abbreviations, cryptic clauses and a ton of other legal lingo will put just about anyone on edge. When buying a home, you have a lawyer who can help you make sense of it all. When shopping for a car, however, there are no representatives – it’s all on you, unless you bring a knowledgeable friend or family member. Even then, reading the details of a contract, especially when financing or leasing a car, can make your headspin with questions and confusion.

To make it worse, there are car ads and promotions that may not line up with your expectations. Their purpose may not be to mislead you intentionally, but they could have ambiguous messaging that would lead you to believe in some incentive that’s not really there. Of course, if you’ve experienced a disconnect between the ads and the offer a car dealer actually presents before, you’ll more than likely feel some stress when having to repeat the process.

5. Bad experiences in the past (or stories of others)

It’s been said that experience is the best teacher, and that could apply to previous car shopping efforts, especially the ones that didn’t work out too well. Perhaps, you dealt with a shady car dealer in the past, one that led to frustrating phone calls, and maybe even search for a lawyer. Or it could have happened to someone you care about. Regardless of the situation, you’d likely remain on edge when dealing with car salespeople from then on.

And you have the right to feel that way. It’s like touching a hot stove for the first time as a kid – getting burned once is enough to learn to stay away from it! Likewise, it’s a natural response to feel defensive when it comes to dealers offering you incentives or terms that you don’t understand.

If you’re about to buy a new car and feel antsy about it, remember that it is normal. Buying a new ride is by no means a stress-free affair. With so many choices, expectations, negotiations and general confusion, your “fight-or-flight” response might get switched on for a while. But here’s the good news – buying a car can be virtually free of anxiety. In our next post, we’ll discuss how you can make the car shopping experience easier to manage.