Clearing the Air: 7 Questions About How Hybrid Cars Work – Answered

You can roll your eyes at “green” initiatives all you want, but there’s no denying the appeal and growing 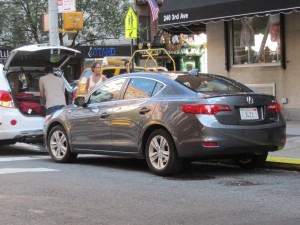 popularity of hybrid vehicles. Just about all brands are making them. Honda, Toyota, BMW, Ford, Mercedes – the list goes on. Despite the wave of hybrids hitting the road, there’s still an air of mystique around them, meaning there’s a lot of confusion regarding how hybrid cars work. Among all the hearsay are both facts and myths, but knowing what is what is the challenge for many. Fortunately, we’ll take a look at some of these questions and provide you with answers.

You’ll most likely recognize at least one or two of the questions listed below. There are some aspects about hybrid cars that confuse the general populace, so there’s a good chance that you’ve felt the same confusion at one time or another.

Do hybrid cars get 3 to 4 more times MPG than regular cars?

Answer: Yes. Provided you’re not overusing your car and purposely wasting gas, one of the benefits of hybrid cars is that you’ll get more bang for your buck in the fuel department. These cars are built to switch to pure electric power depending on the situation. For example, waiting at a traffic light will trigger this change. Ultimately, driving habits play a role in how much gas mileage you get, but if you aren’t 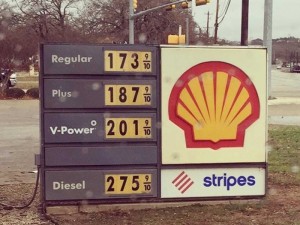 spending every waking moment on the road, you should see a difference in your gas expenses.

Do you need to plug in a hybrid car?

Answer: No. Technically, the answer should be it depends, but for the most part, the answer is no. Your conventional hybrid contains a regenerative battery that receives power from the engine by means of a transfer. The battery also uses energy that is lost when the car slows down or comes to a complete stop. So there’s no need to actually plug these vehicles in. With that said, there are plug-in hybrids (PHEVs) that sport larger batteries, requiring an external charge. So if you were worried about finding charging stations on your next road trip, you won’t have to worry!

Answer: Yes. The batteries of a hybrid vehicle has a very long shelf-life, and you can count on them for 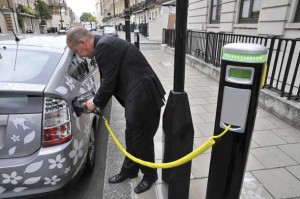 the long haul. In fact, most companies provide a warranty for hybrid batteries for 8 – 10 years. Those numbers coincide with the average length of time people own cars. So if reliability is a big deal for you, which it most likely is, you can put your faith in a hybrid vehicle for the next few years.

Do hybrids cost more to maintain?

Answer: No. The concept of a hybrid vehicle leads people to assume that they cost more to maintain for some reason. However, hybrid cars don’t work much differently from traditional vehicles at all. They have virtually the same components and require similar maintenance, such as tire rotation and oil changes. They do tend to require less brake and engine repair. However, the stuff you’ll find under the hood of a regular car, will be under the hood of a hybrid.

Are they just as easy to drive as regular vehicles?

Answer: Yes. The allure of how hybrid cars work has led many to believe that they’re harder to drive than regular cars. Again, this is a misconception. They are no different than traditional vehicles in terms of driving experience (of course, that is subjective), so the fact that it relies heavily on its battery doesn’t really change anything. With that said, hybrid cars are generally quieter, so if a noisy drive grinds your gears, you now know of an alternative. 😉

Are hybrids are more expensive?

Answer: No. Originally, they were. But now the technology is more widespread, and there are more hybrids on the road than ever before. It’s not unheard of to find hybrids costing between $30,000 – $40,000 – a standard price range for many new vehicles. Thanks to a push for more cars relying on renewable energy, the accessibility of hybrids will increase. The once lofty prices will continue to drop deeper into affordable territory.

Are all hybrids considered “green” or eco-friendly?

Answer: No. This might be a shock for some of you, but not all hybrids meet green standards. Without naming names, some hybrids are known to lack the advantages that others provide in terms of gas mileage. In other words, they use a lot of gas and release plenty of carbon monoxide. So if you’re serious about making a positive impact on the environment, make sure to ask the auto dealer more about the car’s fuel economy. In general, however, hybrids do release a lower amount of emissions due to their partial reliance on electricity for fuel.

Where to Find More Answers About Hybrids

Since we’ve only covered six aspects of owning a hybrid car, you may wonder where to look for answers for your questions. Fortunately, there are plenty of sources to plug into. A dedicated auto blog (like ours) will most likely offer periodic insights into the world of new vehicle technology. If you’re actually looking to buy a hybrid, speaking directly to auto dealers will provide you with a wealth of answers.

Seeing Through the Haze

So yes, there’s a lot of chit chat about hybrid cars, and it’s hard to gauge if it’s all truthful or not. Hopefully, you’ve learned a few things about how hybrid cars work in this blog post, by seeing some of the facts and myths for yourself. There are many more – too many to cover in one blog post – but you can always ask your local dealer about such vehicles if you have a whirlwind of questions. Don’t hesitate to ask around. If you’re considering buying a hybrid, it’s important for you to know what you’re buying into. After all, your money should be well spent!