3 Real World Skills You Can Learn from Racing Games

Ignore anyone who says video games are a waste of time. Car racing games develop driving skills (and other car-related 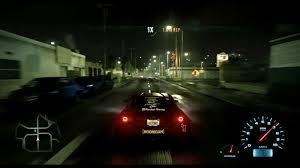 skills) that can leap from the screen into the real world. While a session of Need for Speed or Forza Motorsport is the perfect short-term cure for stress, these games also reinforce your abilities behind the wheel as well as your decision-making at the dealership (even when buying online). There’s also scientific evidence to prove it. So if you want to take the stress out of buying, driving or owning a car, grab a controller. The effects are subtle at first, but they can lead to significant changes over time.

Science has confirmed that car racing games strengthen your mental “muscles”. And that’s a big deal since driving is a workout for your brain, not just your eyes. Sure, 20/20 vision is great for driving, but your brain is what makes sense of everything you see, and that affects the choices you make when handling the wheel. To make good decisions, there are functions your brain needs to perform with utmost accuracy.

Your mind on the road 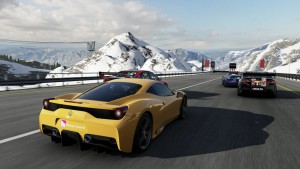 Video games improve all of the skills mentioned above. By exposing players to life-like situations (ie, overtaking without hitting oncoming traffic), the neural circuits needed for driving grow stronger without you having to hit the road first for practice. That’s why race car drivers now include racing games in their training regimen. In fact, if you could scan the brain regions of a good driver while they were behind the wheel, you’d probably see certain regions light up since their mental muscles are firing well.

And the science behind video games even shows promise beyond the race track. Regularly playing these games can reduce the age-related decline in cognitive skills, and help those with dyslexia (which can challenge one’s driving abilities).

2. They Teach You to Keep Your Defenses Up on the Road

Although weekly sessions with an instructor builds basic driving skills, daily gaming can refine them. This is true even if it’s 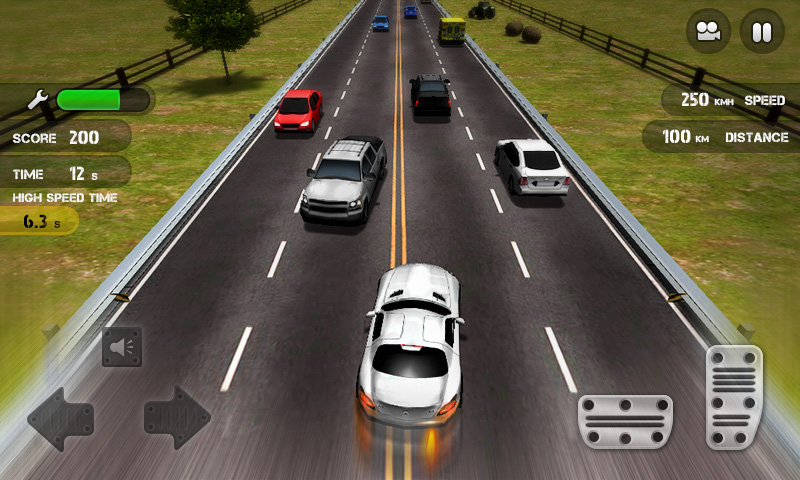 only for a few minutes. Of particular interest are the defensive driving techniques you can pick up from a game – a set of skills that can help you dodge a serious or fatal collision. They won’t replace your instructor, but racing games can test your ability to maintain a safe distance from other vehicles and objects since a collision could mean losing a race or failing a challenge.

When duking it out in multiplayer modes (in person with friends or online), defensive driving skills receive a tune up as well. You have to anticipate what your opponents will do to win – there are no legal consequences for players who nudge you out of the way. A lot of what happens in a game is fictional, but these scenarios still train your mind to read other drivers and react accordingly.

And a lot of games feature what’s known as “cruise mode”. With this form of gameplay, you can drive around a “map” (usually a rendition of a real city or an imaginary one), and this in itself can prove challenging as you will sometimes encounter sudden changes from simulated traffic.

3. A Racing Game Teaches You About Cars Themselves

Over the years, the developers of car racing games have put emphasis on offering a more immersive experience for players, which also translates into life. Along with ultra-realistic graphics and gameplay, players can have a digital affair with a car they couldn’t have in reality, modifying and driving it however they choose.

But that in itself teaches lessons. Ask anyone who plays car racing games on a daily basis, and they’ll tell you about the time spent trying to earn money (racing games usually have some form of currency) to buy the right car. They’re also buying car mods to add on to their vehicles for a competitive advantage like real-world drivers. However, they have to understand that spending money on the wrong choices can slow them down in a race.

Understanding those consequences in a game can carry over to the real world. As a player grows more acquainted with different types of cars and auto brands, they could build a mental database of different vehicles’ advantages and disadvantages. This is certainly true considering most racing games these days feature cars from the real world.

For those of you who aren’t car junkies, playing a racing game can teach you a fair amount about the auto world. Repeated play introduces you to certain aspects of car shopping, such as choosing what’s worth your money, and the additions that will make them perform better without getting too complicated. More importantly, you can have fun in the process.

Games to Put on Your Shelf

To get the most out of racing games, it’s a good idea to try a few different genres. And you don’t have to stick to racing games per se. There are different kinds of car games that can teach you useful skills, which you can apply to the road.

These games are great for improving your cognition and overall understanding of car types.

Simulation games are excellent not only for your cognitive skills, but they can teach you defensive driving skills as well. Simulators are usually made for PCs and mobile devices.

These racers are more for fun since they don’t have the driving mechanics of traditional racers and simulation games. However, they can still improve your concentration and reflexes.

Before looking for these games, make sure you have the platforms (ie, game console, handheld console, PC/Mac, and smartphone/tablet) to support them. Some of these games are over a decade old, meaning you’ll have to search for the original copy at a specialty vendor (such as a flea market) or download them via an app store, digital media store (such as the Playstation Store) or a gaming service such as Steam.

Pick Up the Controller

From now on, don’t look at video games as distractions. They can sap your time, energy and money if you’re not careful, but playing them in moderation is good for your mood and mind. Car racing games can sharpen the brain, so you can drive better. Additionally, you can learn things about the auto industry that you may have otherwise ignored. And with a ton of gaming peripherals out there, such as steering wheels (along with brakes/gas pedals) and motion sensing controls, you can immerse yourself deeper in the experience. Racing games, as well as games of other genres, are one of the few tools that can teach and entertain at the same time. So embrace them.